Camilo Rada: “Glaciology from the social point of view is the key” 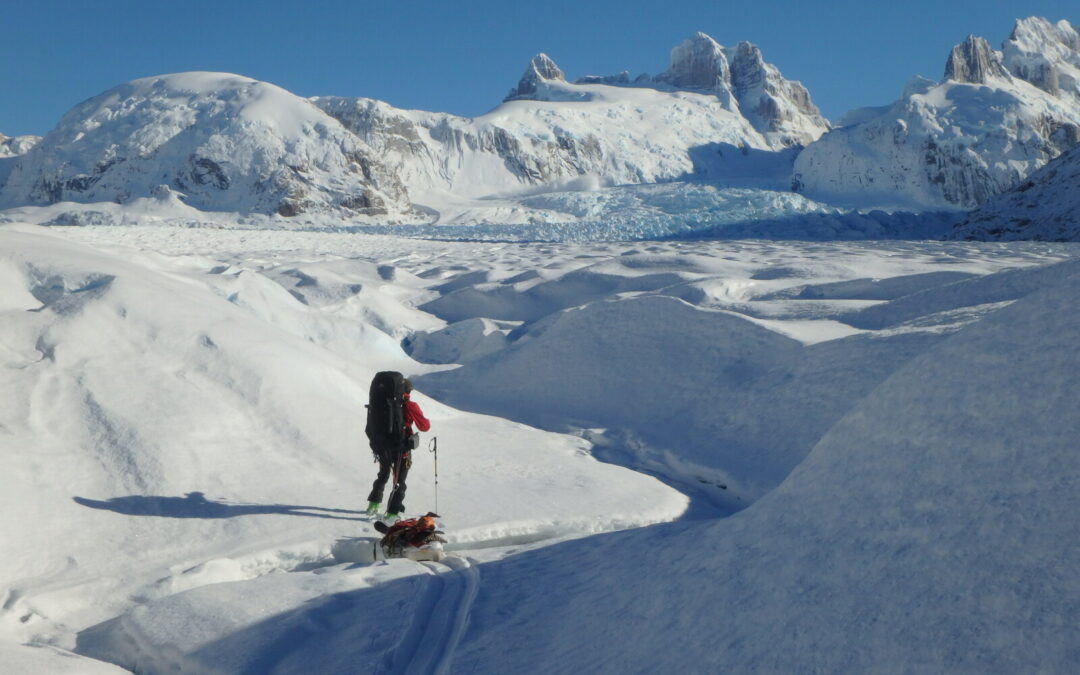 Camilo Rada is a prominent Chilean scientist, mountaineer, and explorer. He holds a degree in Astronomy from the Pontifical Catholic University, a Master’s in Geophysics and a PhD in Glaciology from the Canadian University of British Columbia. He currently works as a researcher and professor at the GAIA Antarctic Research Center of the University of Magallanes.

With vast experience in mountain and climbing, a benchmark in this discipline, Camilo has made hundreds of ascents in different parts of the world, including the Andes of Chile, Peru, Argentina, Ecuador, Himalayas, Canada and even in the great mantles of ice of Antarctica and Greenland. It has extraordinary ascents such as Mount Fitz Roy, Mount Paine Grande and Mount Sarmiento; with which he was pre-nominated for the Piolet d’Or award with his partner Natalia Martinez.

This experienced researcher with more than 20 years of studies and experience in understanding our environment, explains to us what led him to study glaciology, the current context of glaciers in the country, his perspective on a glacial law and talks to us in exclusive of the Uncharted project that he carries out with Natalia Martinez , about geographical areas of great historical importance.

What motivated you and what was the way to arrive, after going through other areas, finally to the world of glaciology?

In the area of ​​glaciology in the country, what would these deficiencies be?

“Human capital is lacking in multiple areas, especially in numerical modeling. Professionals in Chile are very good at measuring, characterizing, identifying glacial processes, but hardly anyone works to create numerical models to predict or adjust the conditions seen in the past. I did my doctorate with that in mind. Most glaciologists in Chile come from the area of ​​geography or engineering, but not from applied geophysics. You need to form a team with experience, field work and modeling to solve key questions, such as how much water does glaciers contribute today and how much will they contribute in the future or when will there begin to be significant reductions in water resources ”. 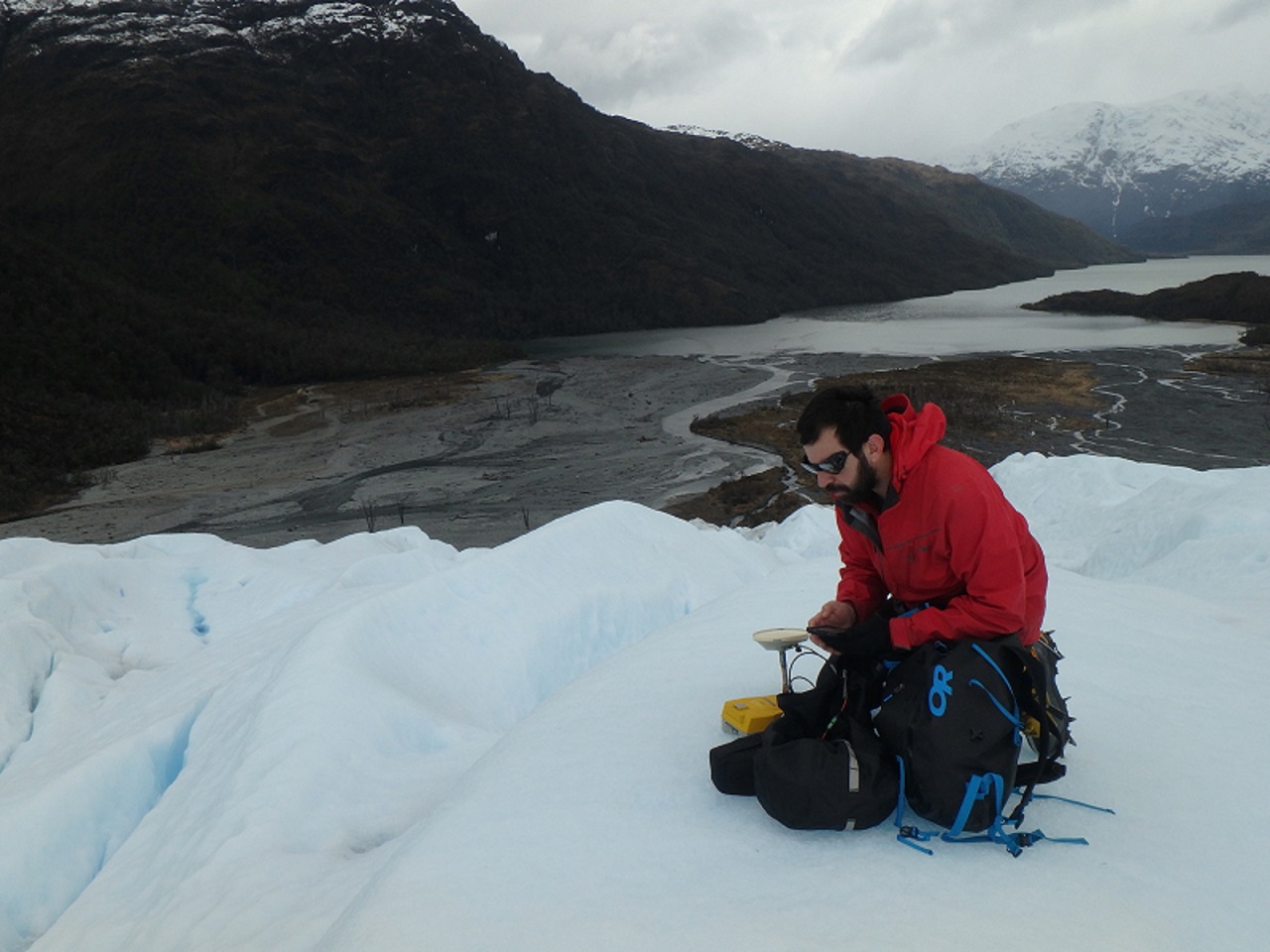 Rada making measurements in glaciers in the fjords of Patagonia.

What do you think is the mission and importance of the field of glaciology, considering the current contingency of climate change and mega drought facing the country?

“Glaciology from a social point of view is key. Human beings find it very difficult to take an appropriate perspective to understand processes on a global scale, we tend to think that our experience in recent years is useful to understand processes with larger time scales. Glaciers are part of the landscape and react to climate change very slowly. Understanding these changes at these time scales is essential to project the availability of water in the future, changes in sea level and all that their dynamics imply. The glaciers will not stop retreating or advancing for a warmer or colder year, they respond to larger time scales that go out of our instrumental record. To know what happened thousands of years ago when there was no instrumental record,

Regarding the country issue, what is your opinion on the protection of glaciers and the environment?

“In my opinion, a clearer law is needed, a discussion at the country level of how to manage not only glaciers, but any natural resource in general. We have been unable to establish a suitable mechanism to manage the conflict between environmental conservation and economic development, on the one hand there is the extreme that glaciers do not touch, considering them as the last individual of an endangered species, and on the other hand On the other hand, there is the fact that glaciers are a piece of ice and you can do whatever you want with them to promote productive activity. I think neither extreme is good, there have been good proposals for the glacier protection law, but perhaps too restrictive. There are times when a glacier can present a risk, such as causing flooding or flooding on a community.

A mining or hydroelectric plant can easily quantify and project the profitability in the next fifty years of the intervention, but at the scientific level it is very complex to quantify what the negative impact of the intervention will be in the short, medium and long term. It requires modeling the effect of this intervention on the development of the glacier, its water supply and a host of unknown variables. I personally think making a simple rule is always going to be problematic. There are pros and cons on each side and putting things in the balance will be difficult, creating a law will be complex, there must be citizen participation, scientific participation and the different relevant entities ”.

What do you think is the best way to link scientific results with lawmaking and decision-making?

“I believe that both social and environmental organizations, as well as the political class, should make an effort to understand the scientific method. These institutions are sometimes frustrated because scientists are not able to give concrete answers, science has other times, observations, models, data acquisition seasons, it is a slow process, the answers cannot be given immediately. People must understand this and we scientists must be able to deliver relevant and eloquent information ”. 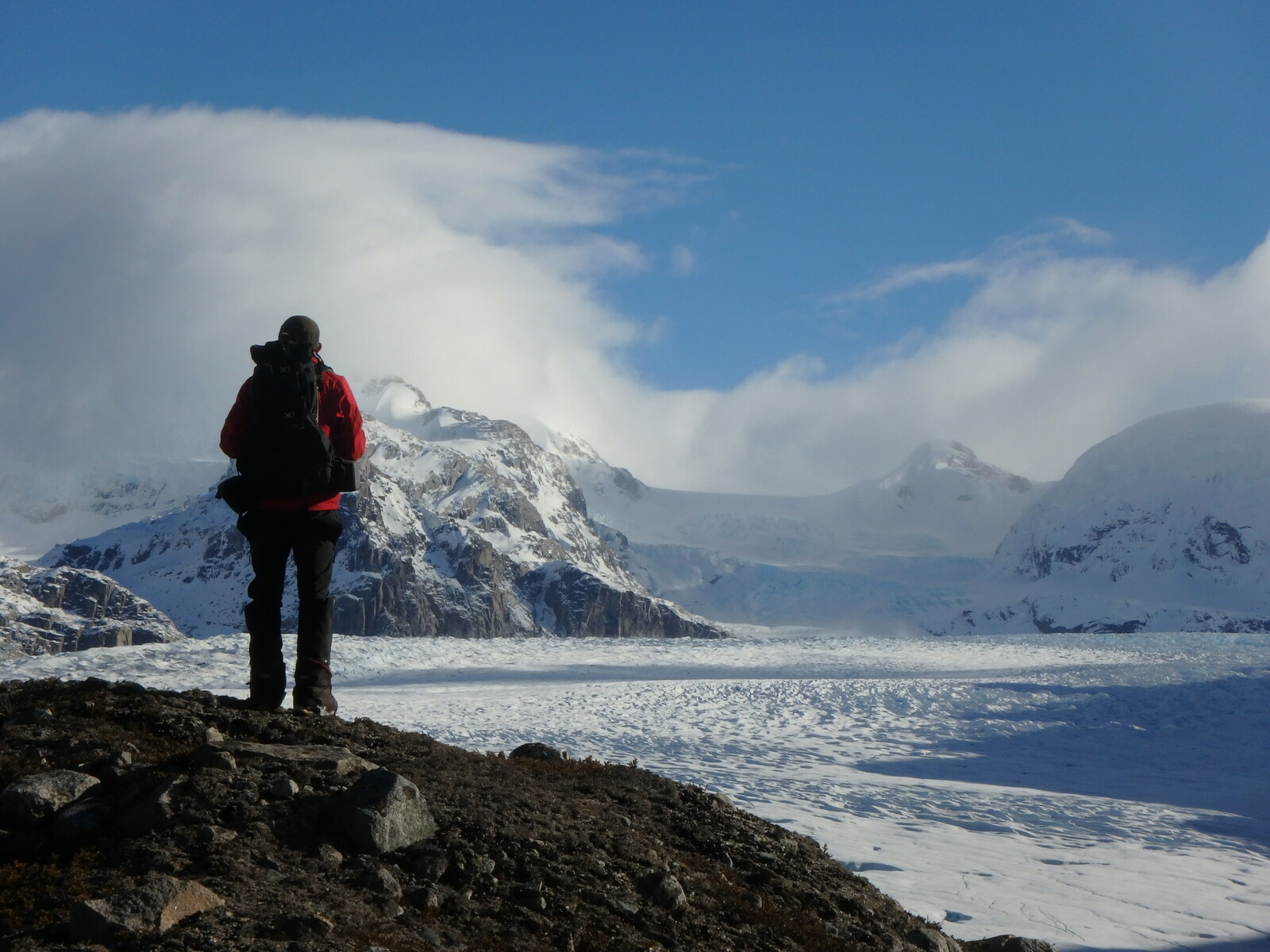 Do we lack an understanding of our natural resources, as well as investment and financing, to achieve this goal?

“Without a doubt, with more investment in glaciology, many of the answers that are now needed would already be at hand. More funding is needed and therefore more study, but it is also very important to ensure that research is well targeted and that the results reach the people who make the decisions. Scientific studies are frequently carried out, but the results do not come due to different factors, one of which is the lack of interest in disseminating on the part of the scientific community. Many do not work doing broadcast summaries in simpler language for non-experts. Research by itself is not the solution, a series of circumstances is needed for it to become useful ”.

From a comparative point of view, how do you see Chile compared to other countries on the issue of environmental protection, specifically glaciers?

“A remarkable and unique difference in the world is how water ownership is managed. In Chile, water is a private asset, as we well know, glaciers are frozen water, so in one way or another they end up being treated with the same logic. In Canada, for example, there has been a concern for, understanding and monitoring of glaciers for decades and they have varied estimates of how they and their environment will behave in the future. Chile on the other hand, is still in a stage of characterization of its ice masses, about six years ago we still did not know how many glaciers there were and what surface they covered, and even today we do not know the total volume of some important concentrations of ice in the country . In any case, we cannot skip any stage, to get there we first have to have all the basic data ”.

What do you think about the adaptation of some countries to the consequences of climate change, and the imminent loss of glacier mass?

“Reach a consensus to take adaptive actions to changes through an active scientific community. In some countries they cover glaciers important for tourism, with reflective materials, to reduce their melting. For some regions of Chile, the glacial melt will bring an insecurity in the water supply. The construction of reservoirs is usually cited, but solutions that are just as important and potentially effective as recovering soils, forests and wetlands that act as regulators of river flow are neglected. Other adaptation measures are the construction of infrastructure to control floods, moving towns from places more exposed to the threat of certain natural disasters, and re-evaluating projections regarding some economic activities that perhaps in this context of change are no longer promising in the future “. 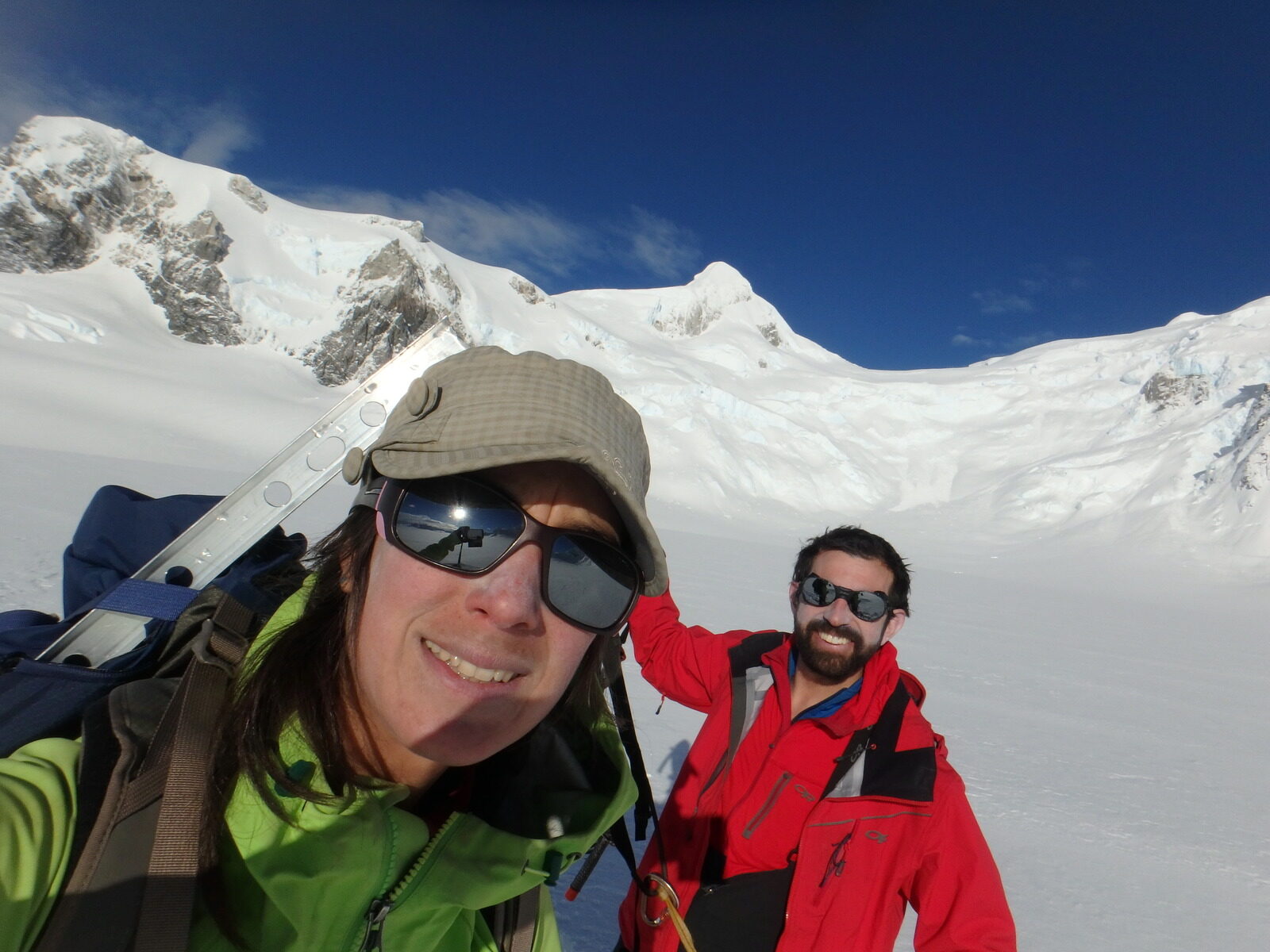 Moving on to another topic, tell us a bit about the Uncharted map development project .

“Together with Natalia Martínez and with the collaboration of information from many people, we develop maps that seek to rescue the historical heritage of certain places. Mainly in areas of Patagonia and some corners of Canada and Argentina. With Natalia we used to review maps of the Military Geographical Institute and we came across mountainous areas where the peaks did not have any names. We began to collect a lot of information, contacting old explorers, reading stories, interpreting old photographs and translating them on our own map.

The result was impressive, we realized that we transformed a totally blank map into one full of names, routes, years, activities, cave paintings, indigenous steps and stories. This valuable information was being lost and it is basically what gives a gigantic value to the area. If someone is interested in an area to carry out a project and comes across a blank map of the place, they will tend to think that it is unimportant and the protection of that area would be diminished. Examples of this are mining and salmon projects on the islands and fjords of Patagonia. If there is an important historical record, the character of the place changes completely and its protection becomes necessary, and it can become an area of ​​tourist interest “. 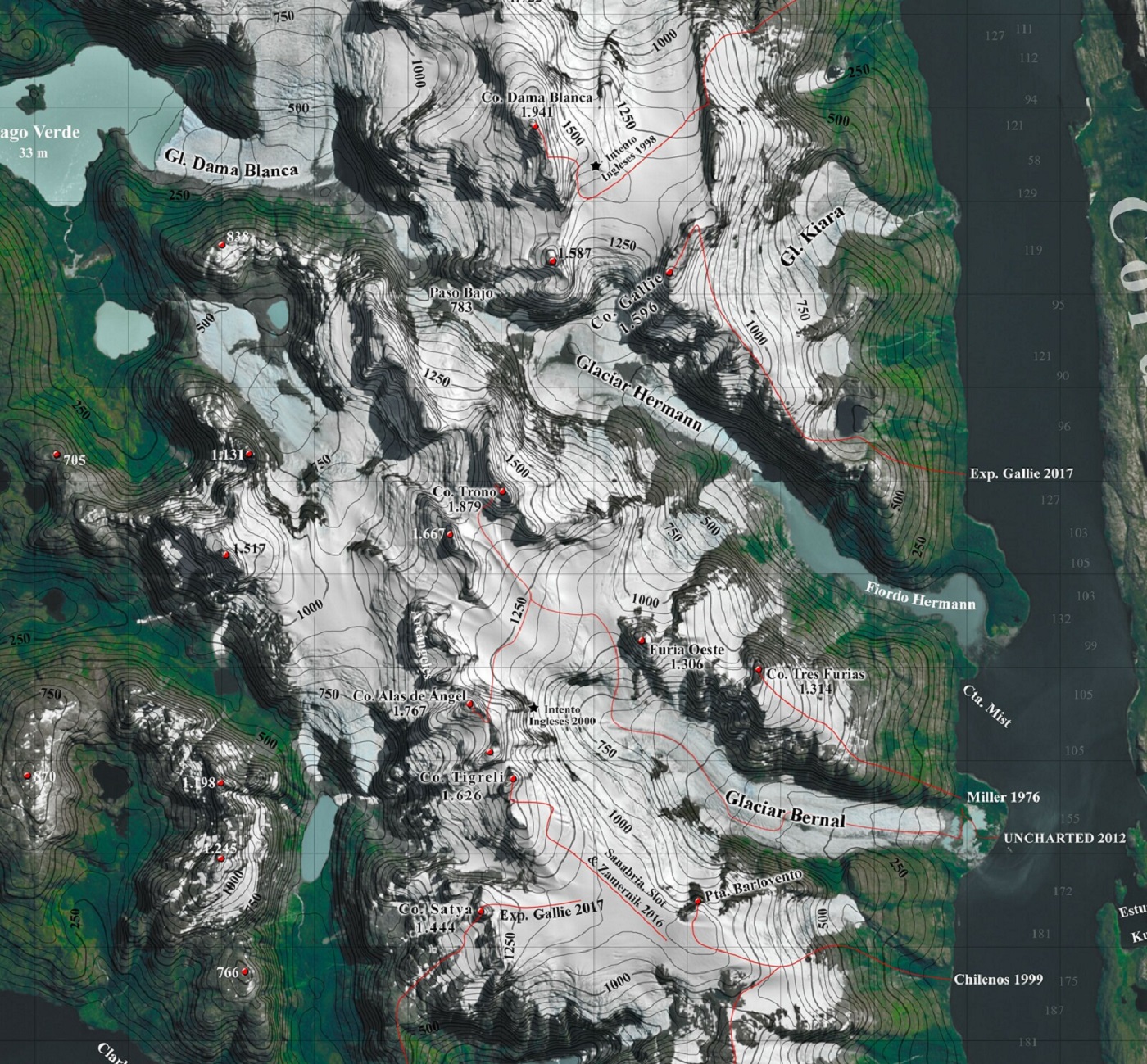 How can common people help protect the environment, in particular glaciers?

“For how we humans function, we are going to give priority to protecting what we feel is our own and close. My recommendation would be that people set out to visit the glaciers, get to know them up close, claim for their access and try to understand them a little more in order to give them the true value they deserve. For many people in Santiago, glaciers are an extremely remote thing, since many of them can be seen from the city and can be visited easily. So the invitation is to see them with your own eyes, in the foreground ”.

Thanks to Camilo Rada for granting us this interview and the photos of his personal record, for sharing with us and the community his vision as a knowledgeable expert on glaciers and our environment. If you want to know more about his project for making maps in areas of Chile and other territories, you can visit his website at the following link: Uncharted Project .