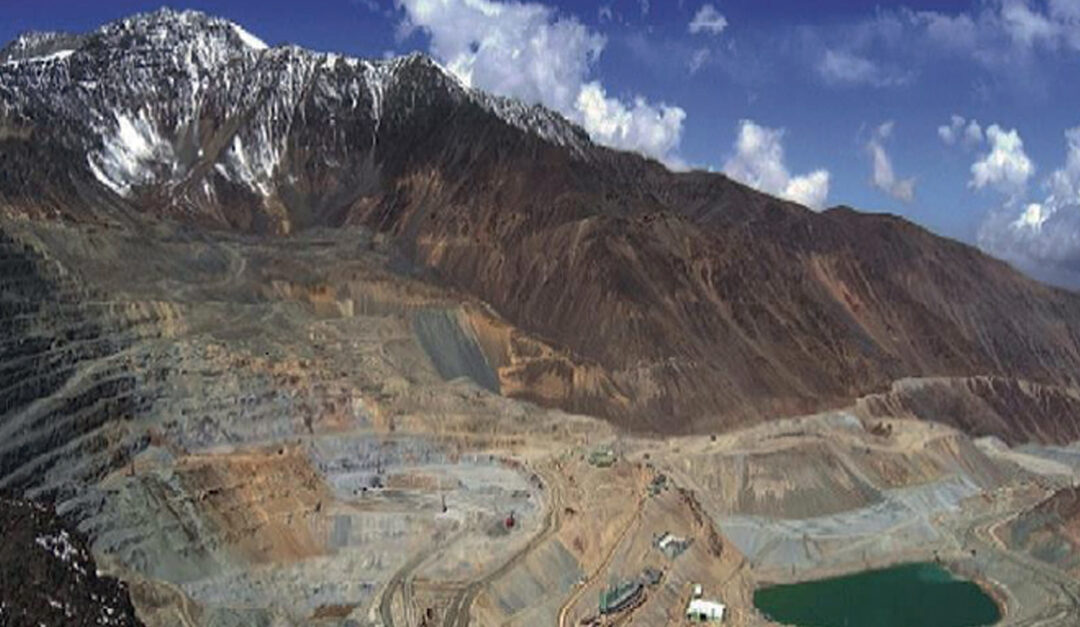 Chile, a mountainous country, where 70% of the population is supplied with mountain water. Glaciers represent an essential and strategic public good for society, as natural reserves of fresh water in the context of global warming, allowing basic levels of water security in this adverse context.

The IPCC forecasts in 2007 identified central Chile as a critical area where water availability and hydroelectric generation will be seriously reduced due to the reduction of glaciers.

Based on the study of 26 mining sites, they have described three destructive practices:

Impact of mining activity on glaciers in Chile

The glaciologists Alexander Brenning and Guillermo Azócar, in their studies in the mountain range between Copiapó and Rancagua, calculated that by 2010, mining projects had already impacted 4.5 km2 of rocky glaciers, estimating a loss of about 24,106 m3 of fresh water.

A recent study, based on observations of satellite images, showed that a third of the rocky glaciers present in the area in 1955 had been removed by mining activity.

The best known case of glacier intervention in Chile, in the Atacama region , the Barrick Gold gold extraction project , which during its explorations between 1981 and 2000 caused an irreversible loss of 62% of the Toro 1 glacier, and 71% of the Toro 2 glacier in the upper basin of the Huasco River.

The environmental permit granted to Barrick in 2005 allowed it to extract gold in underground exploitation under the glacier area and also to deposit discard material on the largest rock glacier existing at the head of the El Estrecho river, in the Huasco basin.

In the Coquimbo region , Los Pelambres mining company has been developing since 2005 an operation in the upper basin of the Choapa River. In this basin, scientists identified 15 rocky glaciers between 3,500 and 3,900 meters above sea level (mostly active glaciers), of which four disappeared almost completely due to deposition of ballast on them (GR10, GR11, GR12, GR13), andanother 2 were intervened for the construction of roads. These activities were not announced in the environmental studies presented to the authority, although the existence of these glaciers was known since 1998 (Geostudios, 1998). The interventions of the mining company between 2000 and 2006 affected permanent reservoirs of fossilized water, equivalent to a maximum of 2.84 million mt3 of fresh water, a loss that according to the University of Waterloo, was neither foreseen nor evaluated in the evaluation process. environmental.

Left: Aerial photograph from 1996, where several rocky glaciers can be seen without intervention. / Right: Satellite image of March 2007, where rocky glaciers were covered or removed by mining.

In the Valparaíso region, Codelco’s mining operations have impacted rocky glaciers since 1980 in the upper Aconcagua river basin, almost completely disappearing two rocky glaciers, with a total area of ​​1.32 km2. Codelco has also intervened 0.78 km2 of rocky glaciers with the construction of ballast deposits and mining infrastructure. The glaciers most affected are the Rinconada and the Río Blanco, whose tongues are found in the mine pit. Studies in the area show that between 1991 and 2000, Codelco removed between 1 and 8 million tons of ice per year and estimated that the company would continue to intervene in glaciers at similar levels in the coming years. 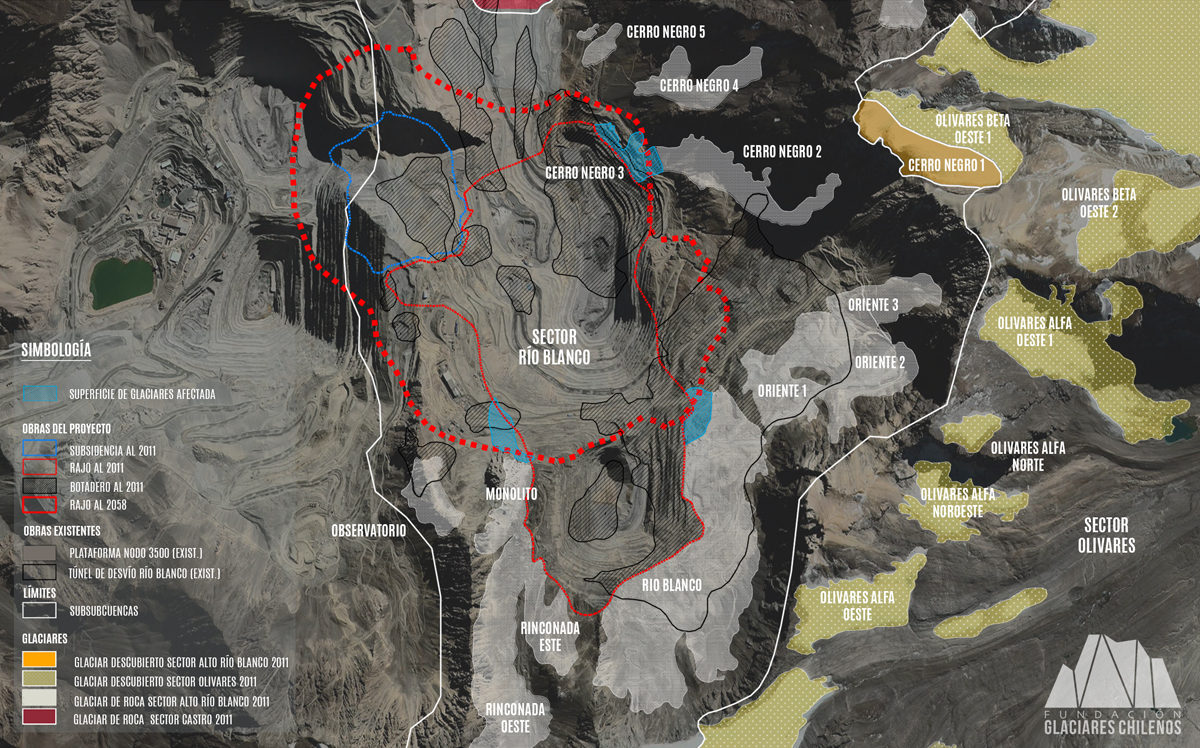 In the Metropolitan region, Anglo American operates the Los Bronces mine in the upper basin of the Mapocho and Olivares rivers, the latter tributary of the Maipo river, which supplies Santiago’s drinking water and irrigates more than 120 thousand hectares in the valley of the Maipo. Between 1988 and 2005, Anglo American destroyed almost 1 km2 of glaciers in the upper basin of the San Francisco River, which feeds the Mapocho, causing a loss of between 6 and 9 million cubic meters of freshwater reserves that were stored in the glaciers. of the area. 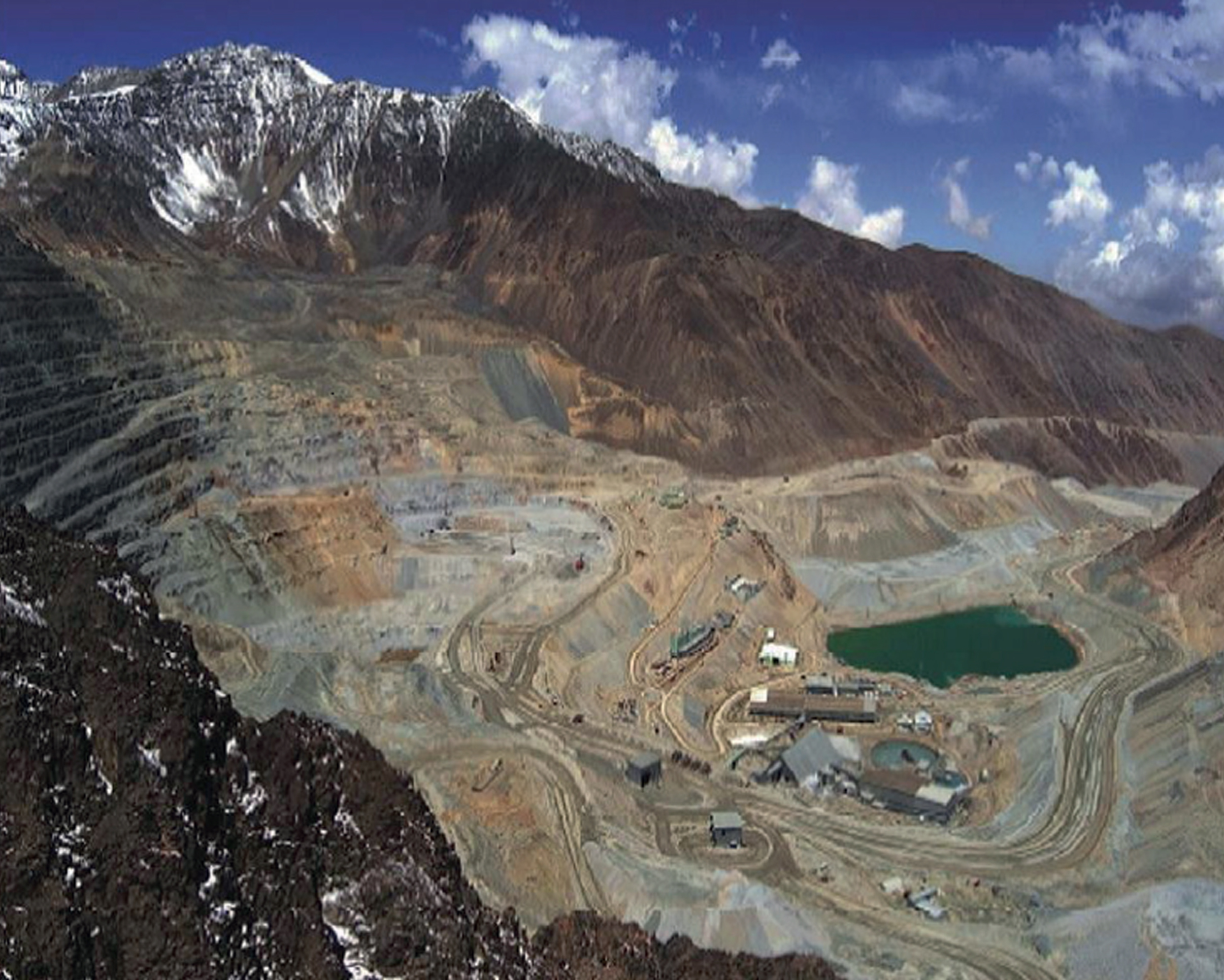 Anglo American’s impact on rocky glaciers has been widely documented, especially the ballast deposit on the Infiernillo Glacier, which has accelerated the natural advance of the glacier due to the 14 million tons of debris deposited by the mining company on its surface.

AngloAmerican’s impact on glaciers at the Los Bronces mine, in the Mapocho River basin

In the basins of the San Francisco, Dolores and El Plomo rivers there are a total of 37 rock glaciers, which cover an area of ​​5 km2 in the three basins. These glaciers are temperate and are in balance. But the current and projected intervention of the mining exploitation, will modify this balance. 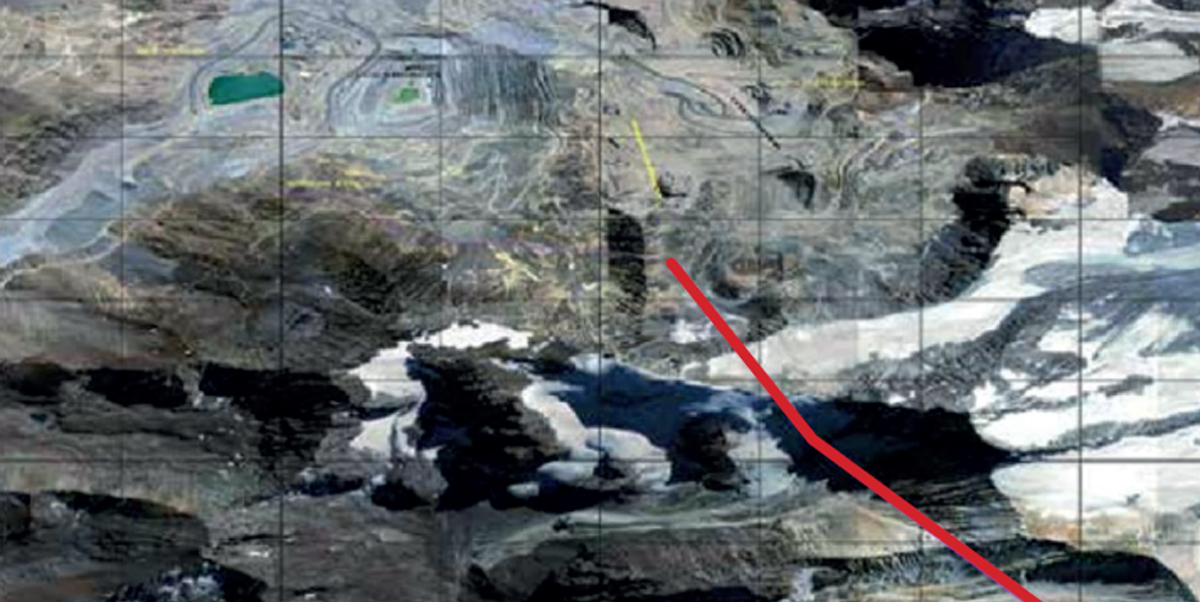 Glacier Law: the tortuous path to protect them

The development of regulatory proposals to protect glaciers in Chile was born in 2004, in the context of the Environmental Impact Assessment process of the Pascua Lama project. Given the fact that said mining exploitation included the removal of glaciers, a group of environmental and academic organizations, in addition to opposing the project, initiated a process of citizen advocacy to advance towards a regulation for the protection of glaciers.

As a result of the social crisis in the country, the discussion of the climate agenda at the national level has been drastically reduced. However, the close relationship between Chile’s mitigation and adaptation challenges to climate change and local environmental problems have installed the slogan “the social crisis is also environmental”. Even more intense are the demands for water, the recovery of its status as a public good.

Chile is currently at a crossroads between citizen demands and business interests. International commitments to protect water and glaciers for adaptation to climate change, and pressure from mining associations to perpetuate and expand mining extraction in glacial areas.

Check the details of this issue in the primer launched by Chile Sustentable.