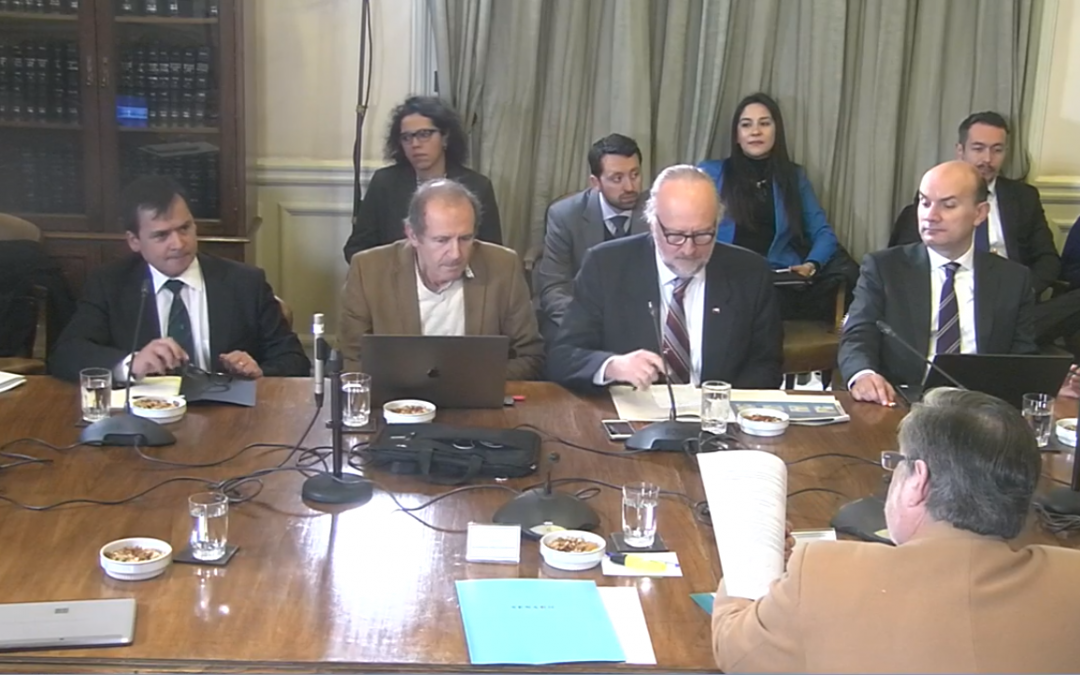 The discussion in the committee revolves around the possibility or not of the development of mining activity and at the same time protect glaciers and how to protect them. Part of the discussion establishes that the current bill considers a broad definition of glacier, periglacial and permafrost, which would include a significant percentage of current and future mining operations within its area of ​​influence. The head of the DGA Unit Gino Casassa, proposes “eliminate all mention of the periglacial and permafrost environment as it would limit productive activities throughout the Aysén, Magallanes, Andes and foothills of the Andes, otherwise the water relevance in the periglacial and permafrost environments is not very significant compared to glaciers therefore, the definition of glacier should be modified to conform to international concepts ”. He also points out that there are openings to what rocky glaciers are.

The current law does not allow the destruction of glaciers since each economic activity is subject to the Environmental Impact Assessment Service (SEIA). The Minister of Mining Baldo Prokurica affirms that, “ the bill prohibits due to economic activity and does not give way to a mining company with high technological development that does not destroy glaciers is established. What the project should do is ban activities that destroy glaciers . “

On the other hand, referring to economic production, the Minister affirms that the bill has an article with retroactive effect that affects the activities that have been approved by current legislation, so if the bill is approved as it is it is, will close four mining companies and would affect 1/3 national production. Jorge Cantallopts, executive vice president (s) COCHILCO, points out that the current project impacts about 20% the productive capacity to generate employment, the GDP and fiscal contributions of mining activity, in addition, he mentions that we are able to coexist with mining activity and glacier areas.

Finally, in the commission there is a real interest in protecting glaciers, as they are an extremely important water reserve. Ricardo Jaña, Head of the Climate Change Section, INACH, points out that in Patagonia the ice bodies and periglacial areas have invaluable information and palaeoenvironmental records that are being threatened if they cannot be measured in current times.