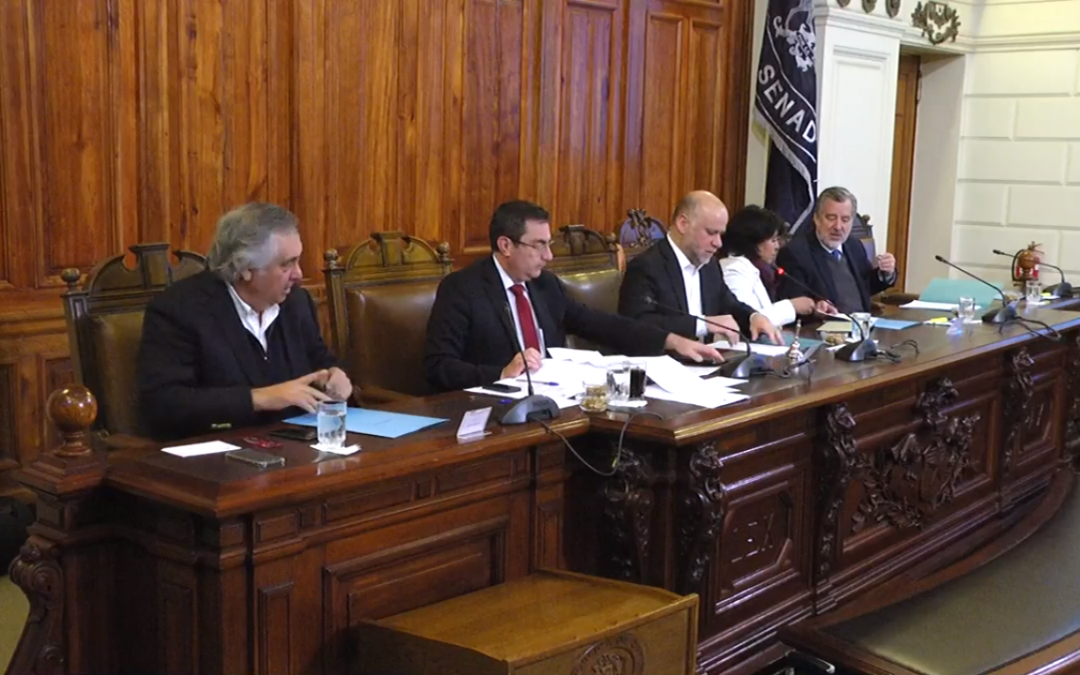 In the session on Thursday, August 8, 2019, the presentations were made by the Mining and Energy Commission, prior to the indications that may be made to the project, whose period ends on Sunday, August 11. In the session they intervened; Said presidents, coordinators, representatives and scientists from various organizations and institutions.

Inserted in the process prior to the article-by-article voting of the bill, there are the expositions of different actors, it is clear the lack of consensus of scientists and professionals around the bill.

Protecting glaciers is not in doubt, the debate revolves around the feasibility of developing mining and, at the same time, taking care of glaciers, in which such a bill would leave aside a large percentage of the mining industry. The Executive Director of the Association of Industrial Mining Suppliers, Sergio Hernández, mentioned that the greatest competitive advantages have been in this area, where the bill drastically reduces the possibility of sustainable mineral exploitation, mainly in the central area of ​​the country. The guest endorses mining development, being confident that “minerals will prevent climate change from advancing and will allow decarbonization. Without metals there is no chance that the Paris agreement will become effective. ”

On the contrary, the other part of the discussion shows a partial and total rejection of mining development in periglacial, permafrost and rocky glacier environments. The representative and coordinator of territories in defense of glaciers, stressed that “all kinds of glaciers are important, we are talking about rock glaciers, permafrost, periglacial environments, even more so in northern Chile, where drought is evident.” It also affirms that glaciers are not protected by the National System of State Protected Wild Areas (SNASPE) or by the Environmental Impact Assessment System (SEIA), denying what was said in previous sessions in the Senate chamber. The guest hinted that the SEIA allows works, programs or economic activities to be carried out in parks and national reserves, which

In line with the total protection of the glaciers and their periglacial environment (consider open, covered and rock glaciers), the northern area presents an evident drought, where rocky glaciers are an important water reserve for the surrounding communities. The geologists and researchers of the University of Atacama, Christopher Ulloa and Ayón García, propose a Cryosphere protection law, in order to protect water resources, and also consider it necessary to provide a regulatory framework that includes the different components of the Cryosphere in the Glacier Protection Bill.

Part of the speakers in the discussion, mention that glaciers must be studied on a case-by-case basis and not generalize with a law the Total Protection of Glaciers, since each glacier has different characteristics (coverage, orientation, slope, elevation, etc.) and many of them would not be considered. The President of the Commission of Glaciers Institute of Engineers of Chile, Jaime Illanes, says that “the protection of glaciers per se does not ensure medium and long-term water availability, in which the greatest availability of water resources in time will be associated with greater storage capacity (reservoirs or injection into the aquifer) ”.

In a context of accelerated global warming, the extent of the impacts are devastating for humanity, therefore, it is key to conserve and protect biodiversity and the various geosystems. The Professor of the Department of Geography, Faculty of Architecture and Urbanism of the University of Chile, Francisco Ferrando. It shows the various impacts of mining projects on discovered glaciers and generated rock glaciers. The exponent mentions that “glaciers are fundamental for the water and climate balance of the basins, any significant alteration would cause serious consequences for the availability of water in the basins, ecosystems and the local economy.” The destruction and loss of water reserves is irreversible, this is even more serious in the context of global warming.

The real interest in protecting glaciers is evident, which various scientists and professionals mention that the draft law presents inaccuracies in the definitions of glacier, periglacial environment and permafrost, as well as other aspects that need to be studied in more depth; effects of the bill on indigenous communities and communities, effects of the bill on connectivity, economy and biodiversity, administrative and legal framework for the operation of the law, therefore, there is a need to review the rule in more detail. At the same time, part of the debate considers it necessary to have regulations that regulate and control productive activities around glaciers.