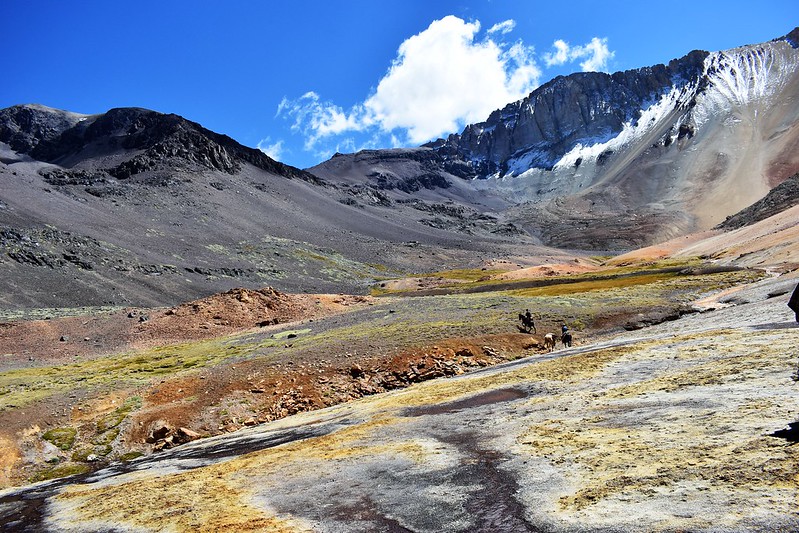 On June 7, 2019, the Regional Directorate of the Environmental Assessment Service (SEA) of Valparaíso, declared admissible the Environmental Impact Statement (DIA) presented by the mining company at the hands of the Canadian conglomerate Andes Copper, which consists of prospecting the copper and molybdenum mining deposit, to be carried out during the years 2019 and 2023, where the execution of 350 diamond-type drilling and reverse air are planned, with an average length of 750 meters. Drilling will be carried out on 73 new platforms and 51 pre-existing platforms. The prospecting activities will be carried out for 4 years (48 months) and includes the construction of infrastructure for the camps of the 100 workers that contemplate the tasks to be carried out in the Rocín river basin. 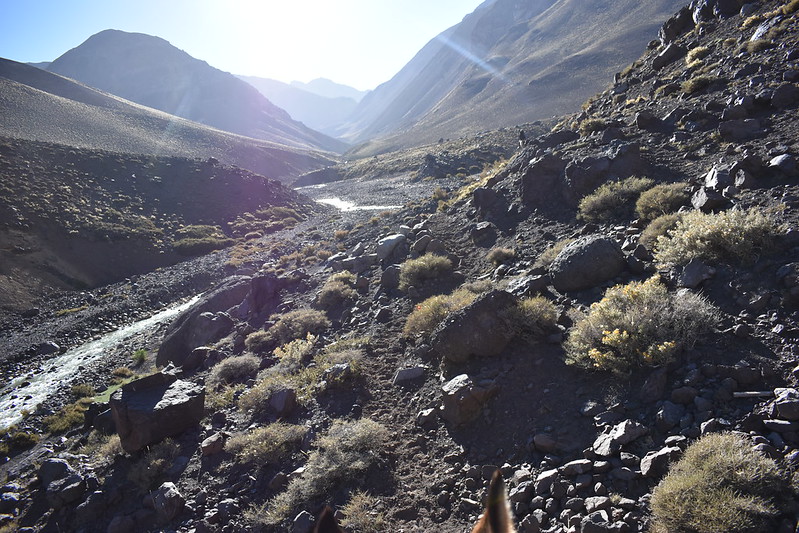 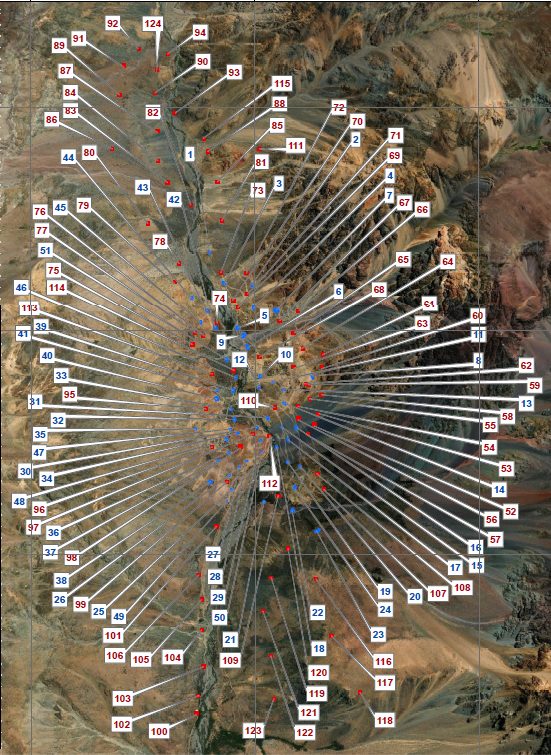 Illustration showing how dramatic the drilling area is. Environmental Impact Statement of the project.

CMVH had submitted its drilling project to the Environmental Impact Assessment Service (SEIA) in 2008. Although this project was rejected, the Canadian conglomerate continued with the drilling. In the course of 2016, the Hidrolab laboratory monitored the surface water of the Rocín river, near where the Andes Copper intervention was taking place. This study revealed concentrations outside the norm of: aluminum, copper, manganese and iron, among other heavy metals.

Hidrolab – a renowned water analysis laboratory in Chile – pointed out the probable responsibility for mining activity and even mentioned the appearance of a foam in the mirror of the Chacrillas Dam, downstream of the Rocín river. At that time there were 89 irregular drillings.

Municipality and residents of Putaendo oppose the project

Leaders and members of Putaendo Resiste, together with the mayor Fabián Muñoz, made a categorical rejection of the approval of the project “Las Tejas Pre-Feasibility Mining Soundings” 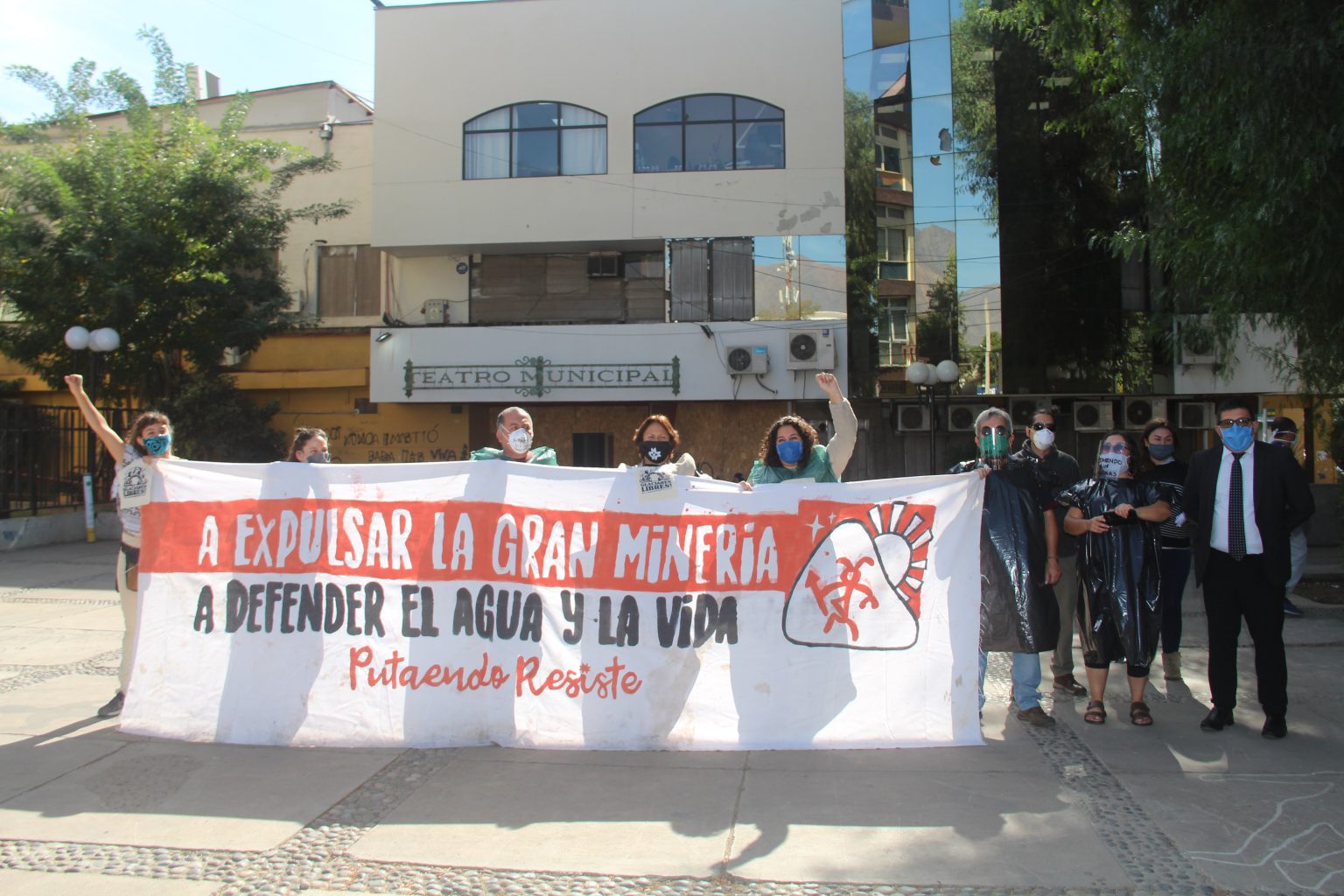 “We disagree with the occurrence of this recommendation by the Environmental Assessment Service in the times that Chile is currently experiencing, where the people cannot clearly express their position regarding this mining project. The mayor Guillermo Reyes Cortez and the Municipal Council have been clear in rejecting the installation of the Great Mining in the commune of Putaendo. It is not a whimsical issue, rather it responds to the conditions of the Putaendo mountain range, which is very narrow and also affects our main tributary of water, which is a river. That worries us a lot, we are concerned that the Environmental Assessment Service has not taken into consideration the arguments of the municipality, as well as those of the DGA and SAG. We believe that the document has flaws that the community must take into account”, said Fabián Muñoz.

“Our river has very little water and this mining company intends to settle in the middle of the river. The worst thing is that the organizations that should take care and ensure that these environmental damages do not happen are the ones that are now calling for the approval of this type of project. This project is being rejected by the municipality of Putaendo, it is being rejected by the DGA and by the SAG, because the addenda they entered do not answer the observations that these estates made, but even so the SEA calls for approval”, claimed Patricia Fuentes, president of Putaendo Resiste.

On April 17, 2017, the SMA notified, by means of exempt Resolution No. 1 / ROL D-012-2017, that the Vizcachitas Mining Company incurred “a very serious fault” in carrying out the exploration, pediment and prospecting work without having a Resolution of Environmental Rating.

The darts point to the Environmental Assessment Service (SEA), since it supports a project, when for the second time, the Agricultural and Livestock Service (SAG) and the General Water Directorate (DGA) have observations and ask to reject it. The SEA took more than 9 months of waiting, last Friday, April 17, it refused to revise the application for Citizen Participation presented in July 2019 by more than 2000 inhabitants of Putaendo.

Concern for rock glaciers and wetlands 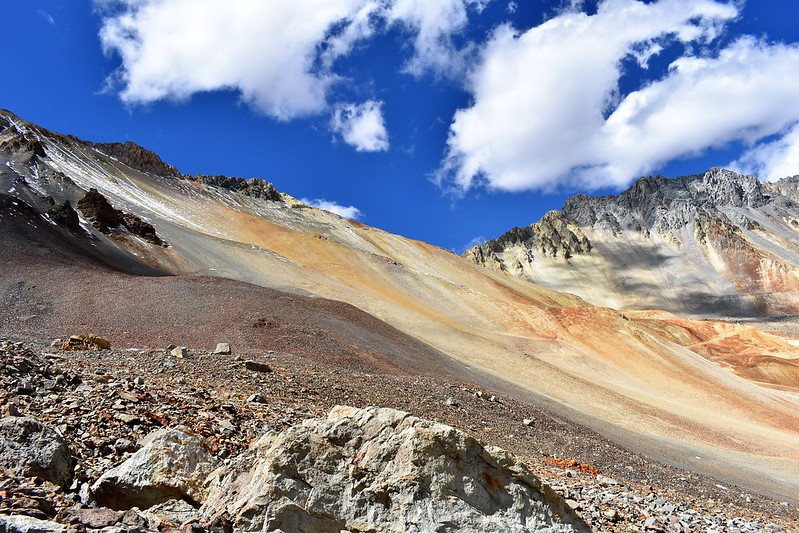 It is worth mentioning that in February 2018 the Municipal Council of Putaendo launched an expedition never done before, to the upper basin of the Chilón stream, with the aim of carrying out an environmental baseline of the place, with a delegation of experts. The presence of at least 5 active rock glaciers, with visible runoff and estimated flows of 20 liters per second each. In addition to high Andean wetlands, directly linked to the glacier ecosystem, they surprised the authorities. At the same time they warned that any mining action would seriously endanger the mountain range ecosystem and the water future of the area. Like the Rocín river, the main tributary of the valley, it has its source in the mountains.

“We are in the presence of a natural heritage that includes the glaciers, the high Andean wetlands, the native fauna and pre-Hispanic cultural sites of the greatest importance and significance for Putaendo and the country,” said Mauricio Quiroz, in charge of heritage projects for the Communal Secretary of Communal Planning (SECPLAC) of Putaendo and participant of the expedition.