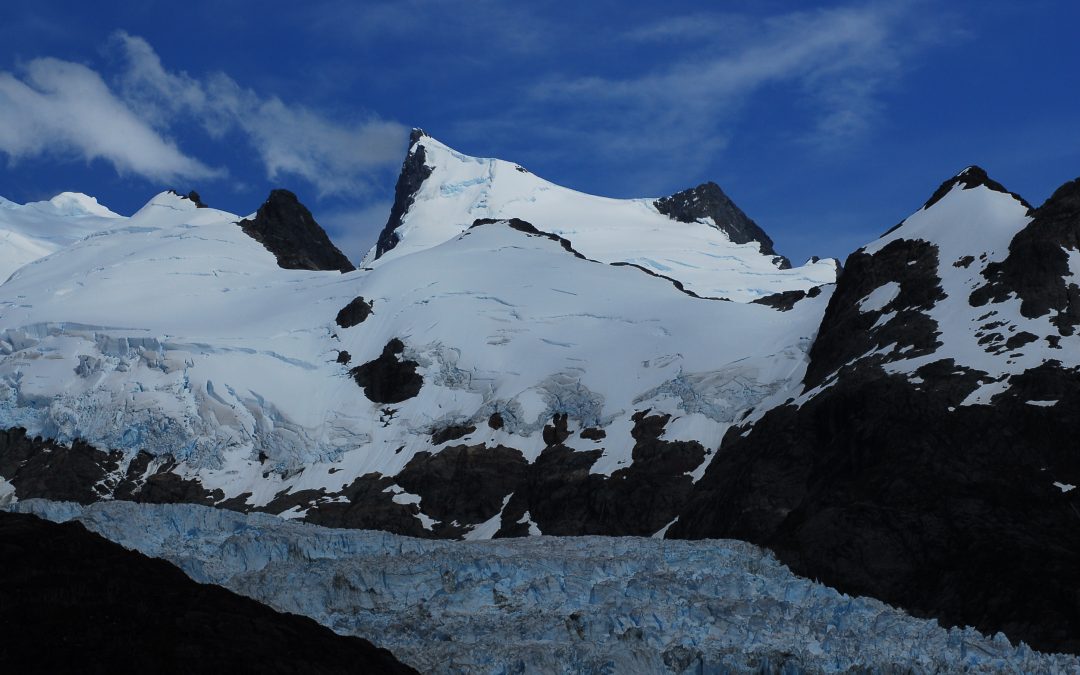 On the Big Island of Tierra del Fuego, there is a Fjord located at latitude 54 ° 43´South and Longitude 70.43 West, the name as well as the protection area is “De Agostini”.

The discovery of the fjord is attributed to Salesian Father in 1913 and it is named Fjord “Pigafetta” in honor of the scribe of the discovery expedition of Chile by Fernando de Magallanes in 1520, but the Chilean Navy 5 months later renames it in honor of its discoverer. 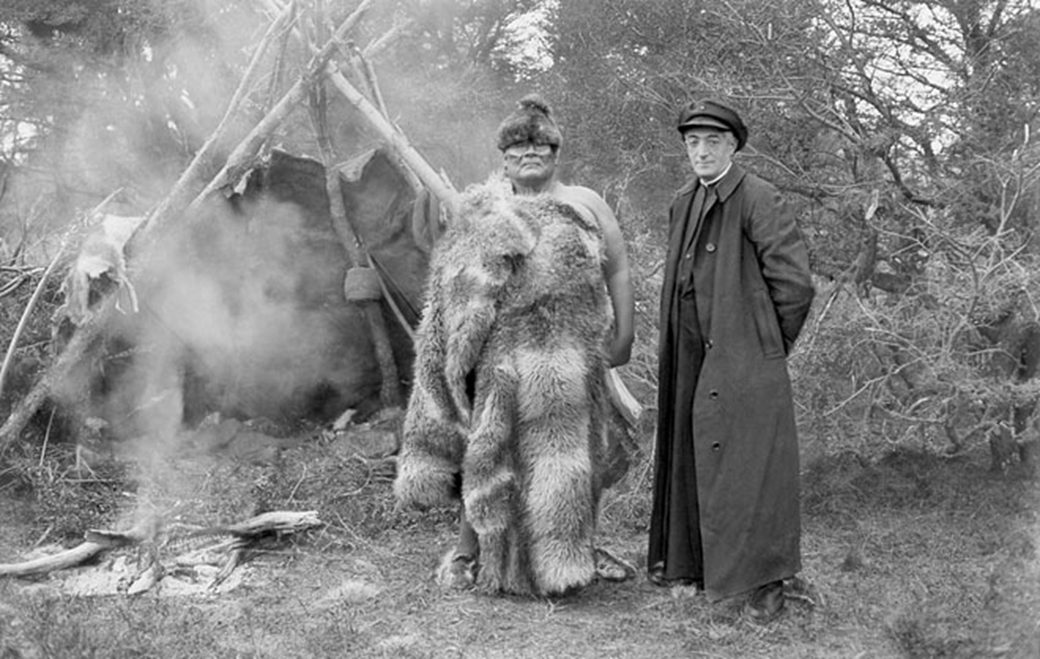 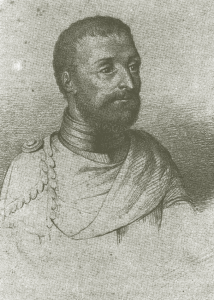 According to the GLIMS inventory (Global Land Ice Measurements From Space Initiative), 61 glaciers are found in the Fjord and within its hydrographic basin; some from the Darwin Range, such is the case of the Serrano Glacier, others on the Buckland Peninsula and an independent ice mass on the Navarro Range. 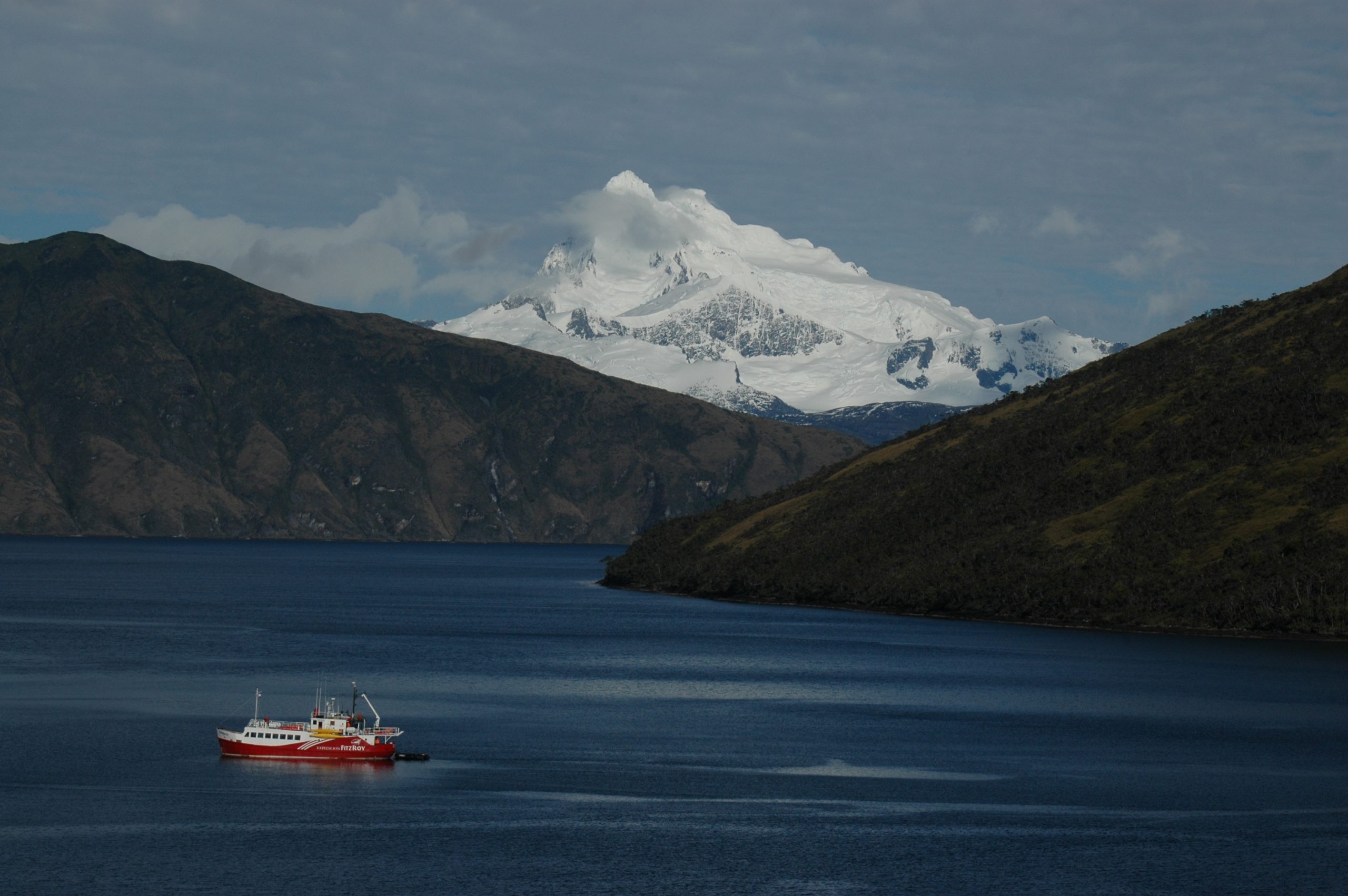 The “Navarro” Range has a surface of 1,135 km2 and its glacier surface of 608 km2, in which to the south of it is a valley called “De las Hadas” that divides it from the “Darwin” Range. The maximum height of this cord is the Cerro “Navarro” with 1,864 meters above sea level. There are 7 glaciers of this ice mass that fall towards the slope of the “Agostini” Fjord; among them the “Navarro” Glacier. 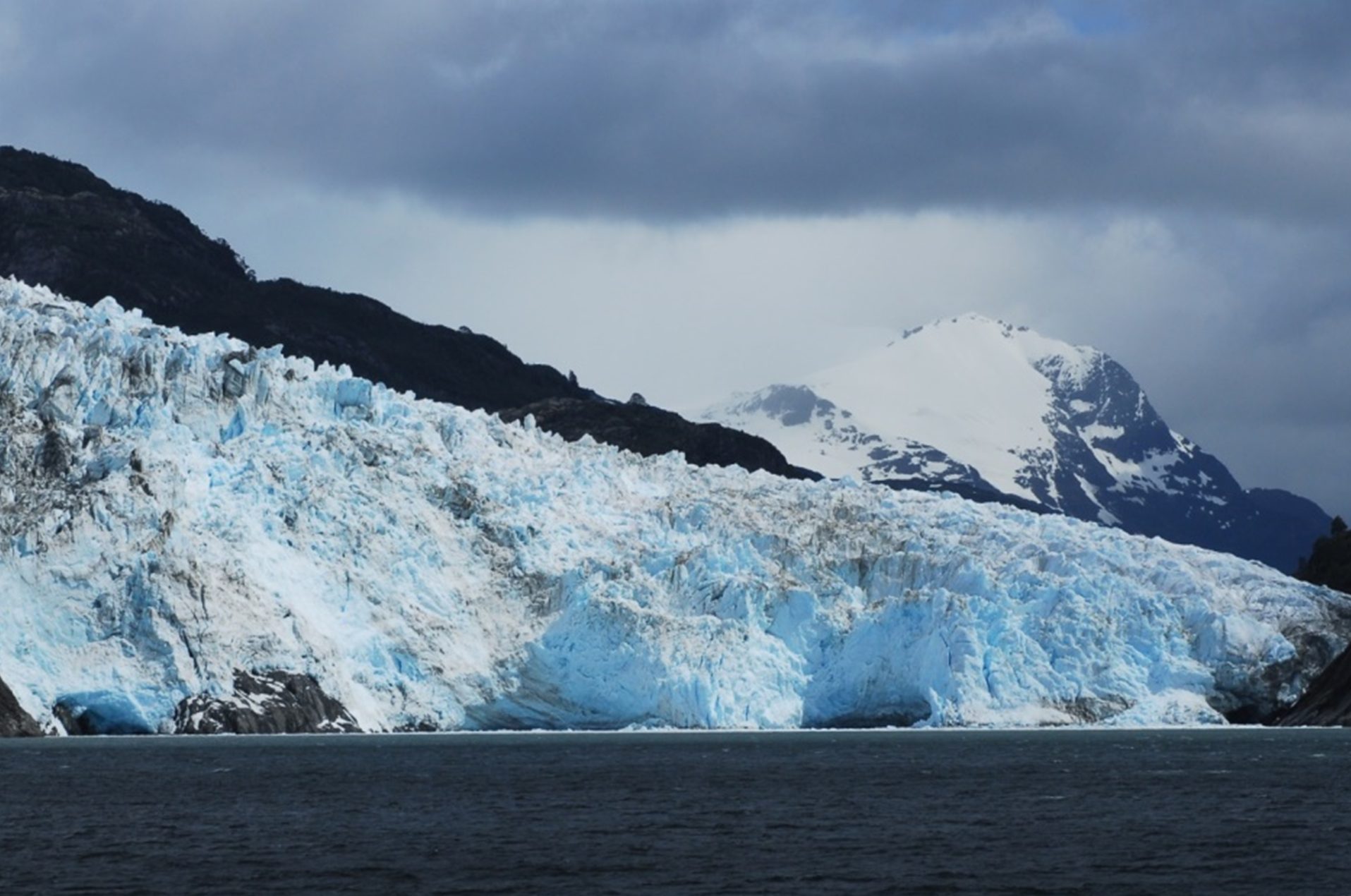 Navarro Glacier seen in navigation through the Agostini Fjord.

The name of this mountain range is in honor of the doctor from Punta Arenas, Lautaro Navarro Avaria, and was named by Salesian Father De Agostini in February 1913 while sailing in the “Jupiter” cutter. 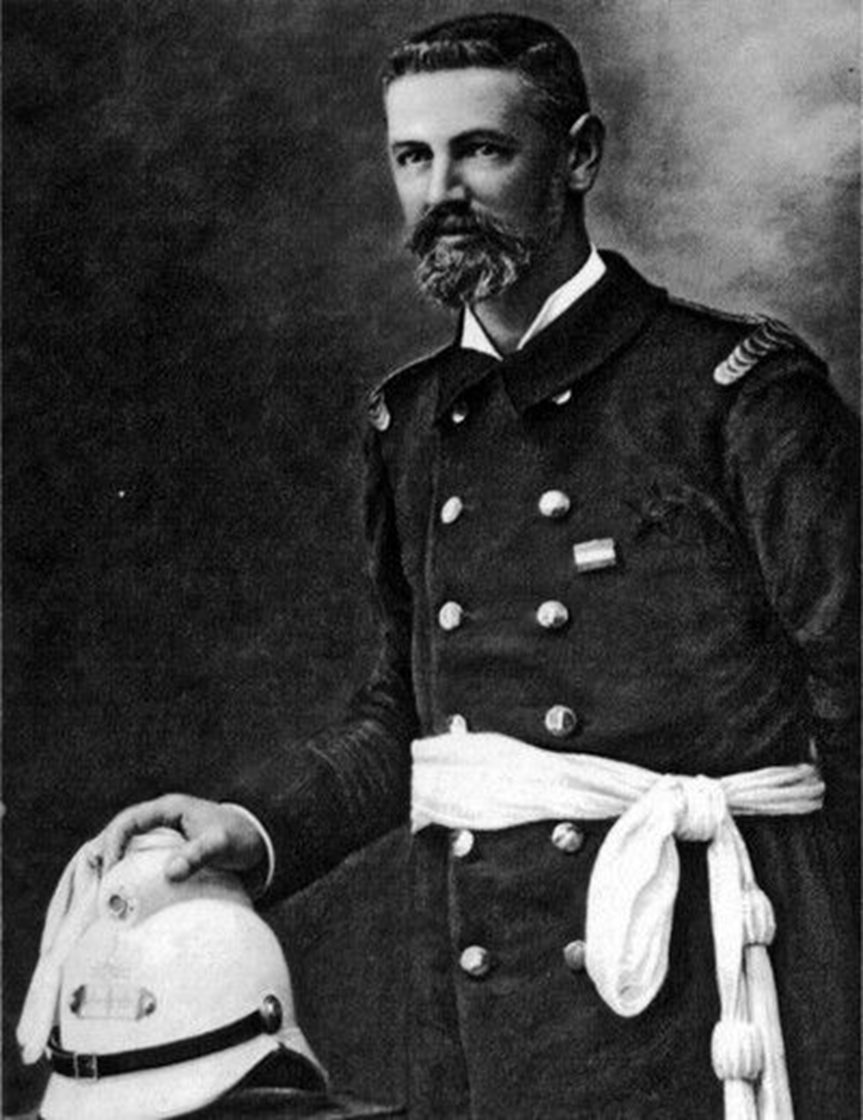 Lautaro Navarro Avaria, doctor from Punta Arenas and director of the newspaper of the region, “El Magallanes”.

The “Navarro” glacier covers an area of 198.2 km2, being the second largest in the cordon after the “Sorpesa” Glacier. It is a tidal glacier that reaches a height of up to 1,739 meters and that from 1945 to date has shown a change in its front position and an advance of 500 meters. This change in its headland has been determined through a comparison of a map by Giovanni De Gasperi of the De Agostini fjord from 1922, the first cartographic record of the place, and aerial photographs obtained by the Trimetrogon flights of 1945 by a binational team, headed by the United States Photogrammetric Squad.

Its front features a wall over 10 meters high and collides with a bedrock peninsula that creates a nook. The glacier is located almost touching the vegetation line including a small forest of Coihues of Magallanes (Nothofagus betuloides). 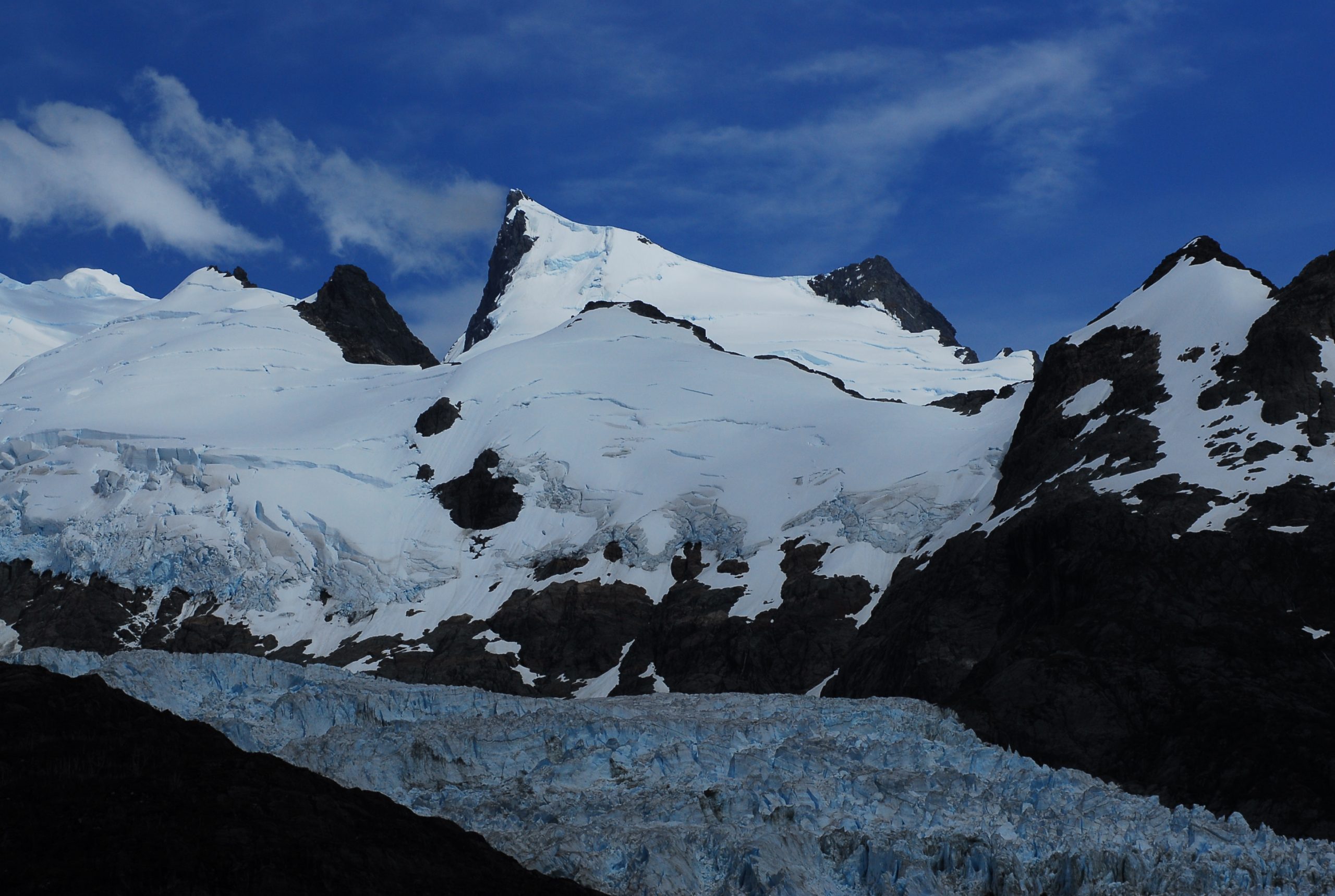 One of the glacial summits on the Navarro glacier.

This glacier adjoins a north face next to another glacier called “Ishtone”, which the latter through its retreat has created a proglacial lagoon that, being obstructed by these ice masses, has dammed and does not fall directly towards the fjord.

There is a bay near the glacier where you can disembark but without a beach since the rock begins to rise with dense vegetation of mosses, shrubs and forests. Standing in this place, in front of the glacier is an imposing mountain called “Giordano” named after De Agostini in honor of the Italian geologist Félix Giordano. In addition, marine mammals have been seen at the site, such as single-haired sea lions, southern dolphins and humpback whales in search for food, the latter such as the Fuegian sardine (Sprattus fuegensis), the channel prawn (Munida gregarious) or to a lesser extent krill (Euphausia vallentini). 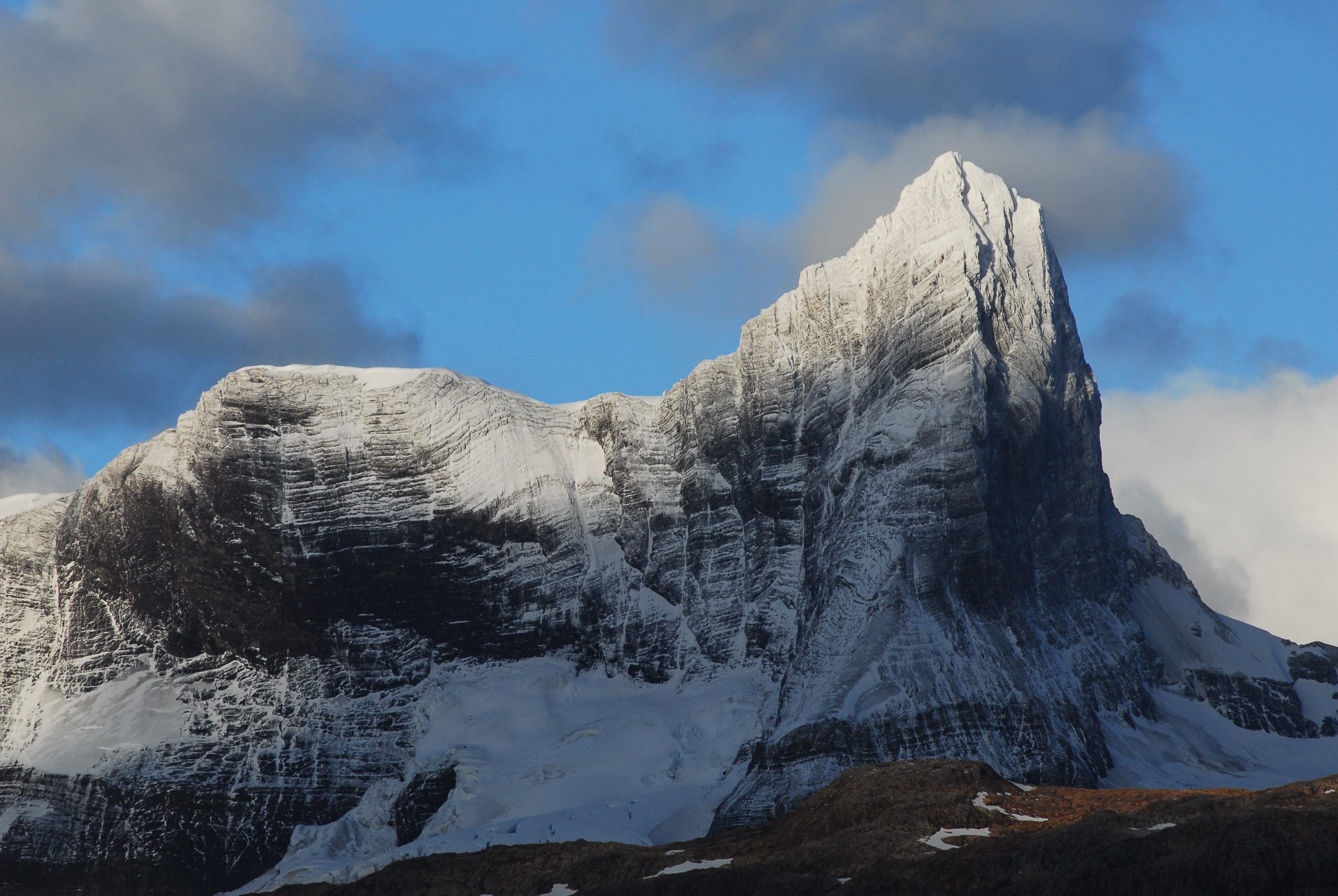 Mount Giordano with 1,519 m.a.s.l. It is located on the peninsula opposite the mountain range and the Navarro Glacier.