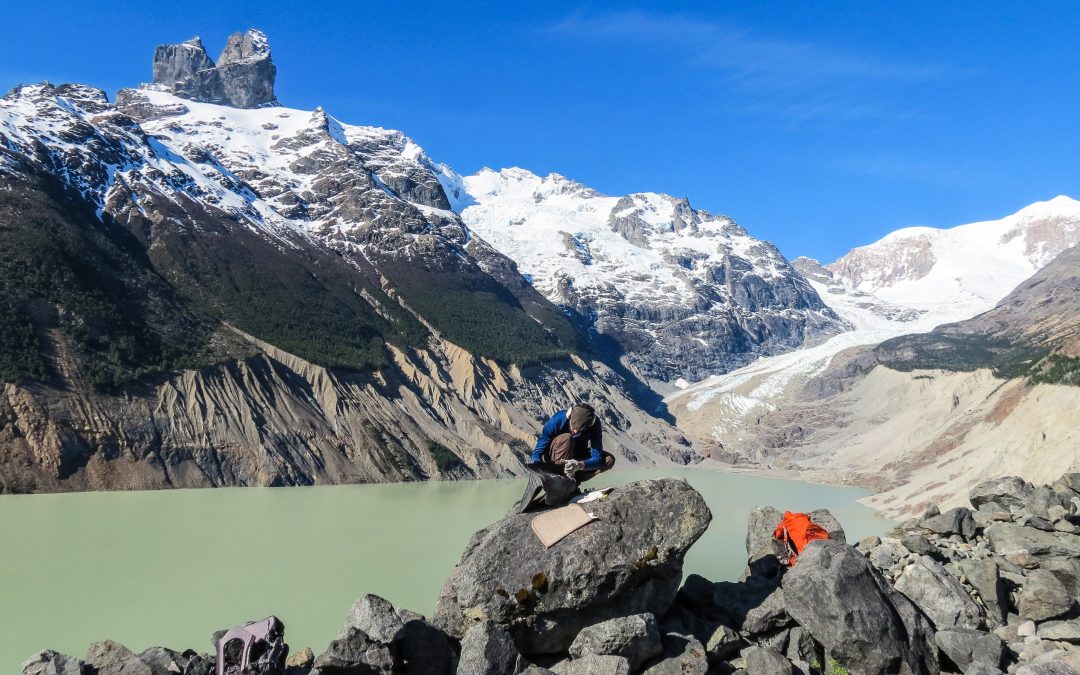 In recent weeks, Chile has experienced a social awakening that has not happened in decades. Overcome by the demands of an extremely voracious socio-economic model, citizens have said “enough” peacefully exposing the priority demands on the country’s political and economic agenda for the foundation of a new Social Pact. However, little has been said about Article 19, number 8, of the Constitution, which states without hesitation that “it assures all people: The right to live in an environment free of contamination”, the State being the guarantor of “Ensure that this right is not affected and protects the preservation of nature”.

Chile has the largest glacial area in South America, mainly concentrated in the Patagonian Ice Fields, which constitute one of the largest continental ice masses on the planet outside the Poles. However, along the Andes mountains, which articulates the entire national territory, thousands of other glaciers of various length and typology are distributed. For example, according to the Randolph Glacier Inventory (RGI 6.0), in the Metropolitan Region there are more than 300 ice masses classified as glaciers. Even so, I have come across a significant number of citizens who have not yet realized that, from a bus in Santiago (when air pollution allows it), they can enjoy the view of the Iver and Hanging glaciers of Cerro El Plomo just by looking at the mountains. I honestly don’t know how many world capitals can enjoy such a landscape.

Despite not having the majesty of the Patagonian glaciers, these glaciers in the north and center of the Andes fulfill an ecological, social and economic function, if possible even more crucial than the first. The ice that forms them constitutes a fundamental hydric reserve to maintain the flow of the rivers and reservoirs of the region during periods of drought. Thus, this water not only serves to sustain high Andean landscapes of tremendous ecological value, but it also allows millions of Chileans to have access to a vital resource. Surely, a good number of the drops of water that refresh and irrigate our fields come from these frozen bodies that lasted in the Andes for hundreds, if not thousands, of years. Furthermore, many of the activities that drive the development of our economy need this resource and are therefore also dependent on glaciers to some extent.

In the last decades, direct and indirect observations indicate that most of the Andean glaciers are retreating, in some cases at extremely high rates. A study recently published in Nature Geoscience, led by a Chilean scientist, calculated that the glaciers of the central Andes have lost on average an ice mass ranging between 0.3 and 0.9 gigatons / year (1 gigaton = 1,000,000,000 tons) during the period 2000 – 2018 (Dussaillant et al., 2019). Unfortunately, this means, as the old saying goes “bread for today, hunger for tomorrow”, since the melting water emanating from the glaciers can affect the course of the rivers until they are lost in the ocean and it will only be possible to recover it through the rains, whose availability has been reduced as a consequence of the mega-drought we have suffered during the last fifteen years. Furthermore, climate projections that affect the path to a future of chronic water deficit.

For these reasons, embracing the precautionary principle, it is that the conservation of Chilean glaciers becomes a national company of vital importance. Fortunately, a sector of society has realized this and has spent years demanding the enactment of a law that ensures the implementation of measures aimed at minimizing the direct impact of human activities on the Andean Glaciers. After several legislative setbacks in recent years, a new glacier protection law has begun to be debated in the Senate. However, the panorama does not seem to bring us closer to the objective of safeguarding the country’s glaciers when, at the session of the Mining Commission on July 18, 2019, it was argued that a glacier protection law was not necessary since all Glaciers in Chilean territory are protected under the system of protected wild areas or through environmental impact assessment studies.

Although it is completely true, this statement does not contribute to safeguarding our glaciers where they constitute a fundamental water reserve and, therefore, a vital resource for the population, mainly in that sector and the country where they are most needed. Well, almost exclusively, it is the Patagonian glaciers, those that are under the National System of Wilderness Areas, leaving practically all of the Northern and Central Glaciers of the country, unprotected by law and susceptible to facing environmental impact assessments, the which are frequently positive for activities that are harmful for their conservation. For example, no glaciers in the Atacama, Coquimbo, Valparaiso and Maule regions are included in protected wild areas. In the Metropolitan and O’Higgins regions, only a very small portion of its glaciers are protected in the El Morado National Monument and the Cipreses River National Reserve, respectively. It is worth mentioning that it is in these regions, where the highest percentage of the national population and productive activity of Chile is concentrated, they have also been the ones that have suffered most severely from the consequences of the current drought.

Given this situation, in the context of the hopeful scenario that lies ahead, in which citizen clamor demands a new Social Pact, we must not miss the opportunity to protect our glaciers through a law based on scientific evidence and that promotes the integration of a broad spectrum of social and economic sectors. In this way, Chile would be at the forefront in the search for solutions to the current environmental crisis that the planet is experiencing and, most importantly, it would move towards the construction of a country where future generations can really feel proud to preserve their nature. 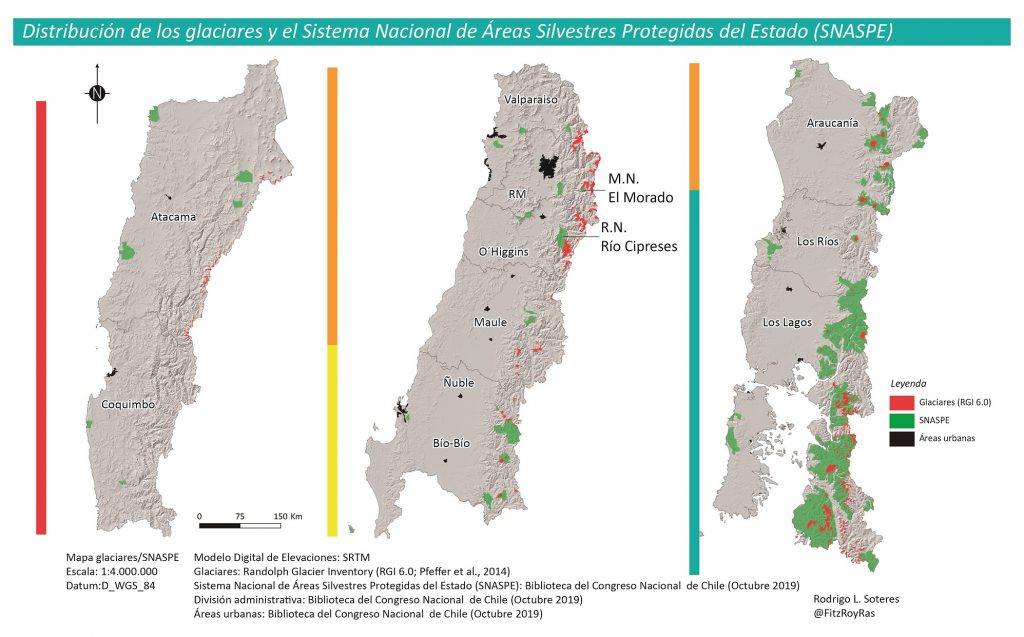 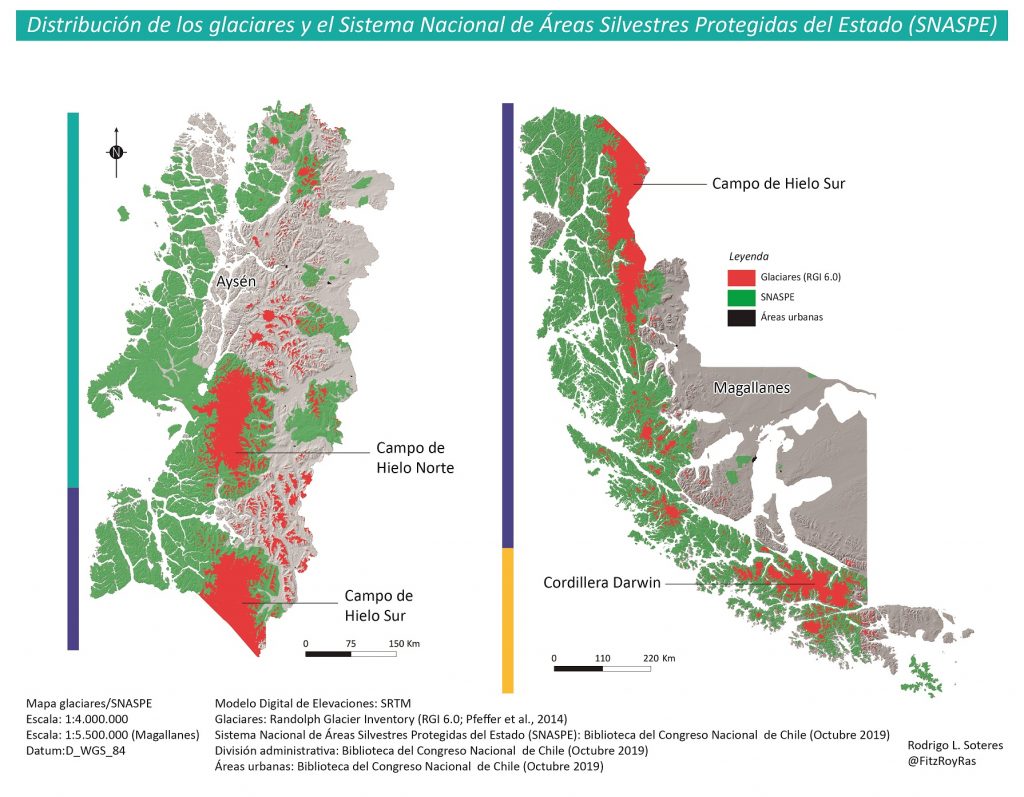 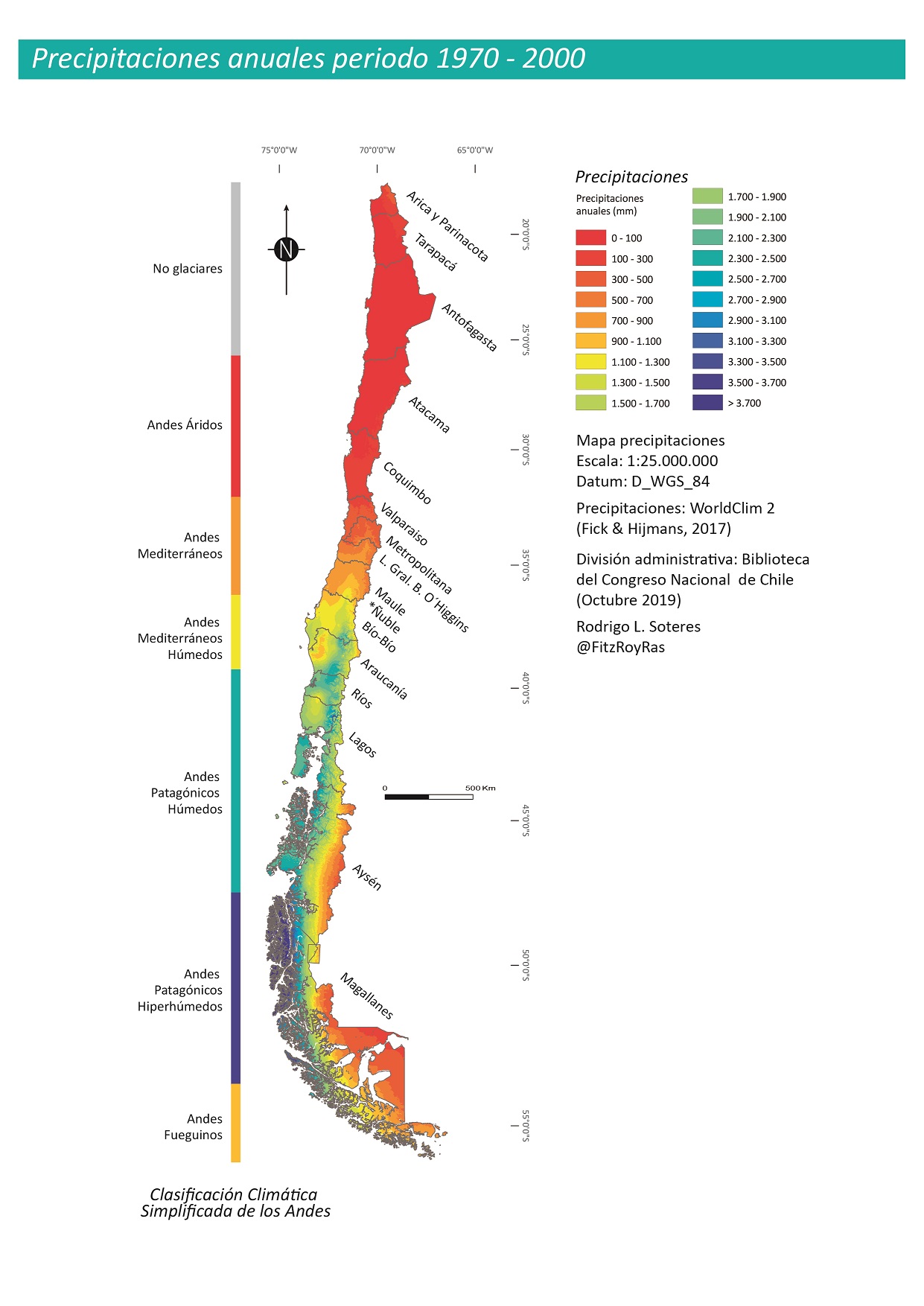