The impacts of walking on a glacier 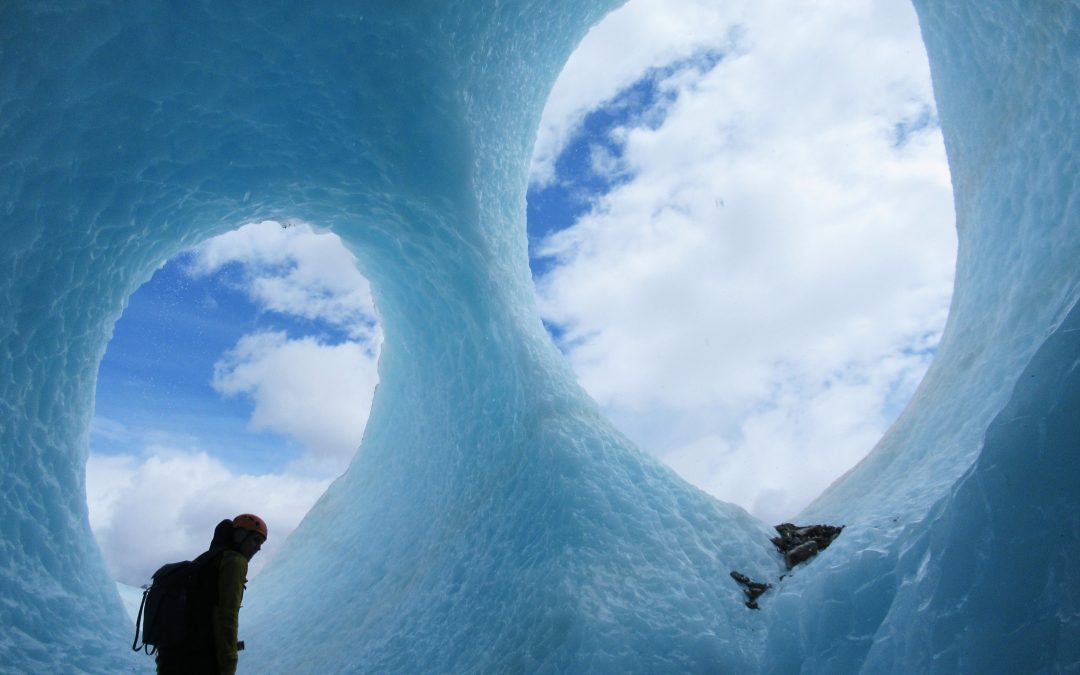 The first time a human being walked on a glacier, it probably dates back to the pristine times when our species began to populate the planet. Since then, we have not stopped approaching and venturing into glaciers, motivated by the most diverse ends; scientists, warfare, survival, tourism, sports, among many others. Proof of the extensive relationship between man and glaciers, are the various archaeological and paleontological remains that have been found in different glaciers in the world, which do nothing more than reinforce the idea that we have a closer history with glaciers that we are aware of today.

There is no doubt that glaciers attract millions of tourists each year, to the point that the industry is already talking about glacier tourism, which refers to a system that transports people to live the incredible experience of being close to a glacier, whatever its type.

We already know that there are different classifications for glaciers, including their shape. For tourist purposes, visiting a valley glacier, a mountain glacier or a glacier with a striking front will require very different logistics in each case. Furthermore, the profile of a tourist who wants to access them will be different.

Some glaciers have favorable access and morphological conditions so that a group of people can walk on them. Carrying out the activity of walking on a glacier requires three key elements: physical condition according to the activity, necessary technical equipment and the knowledge to carry out the excursion.

Guided walks on glaciers have their origin in parallel to the development of mountain guidance. One of the first glaciers in the world in which hikes were made for tourist purposes, is the Mer de Glace, one of the largest glaciers in the French Alps. 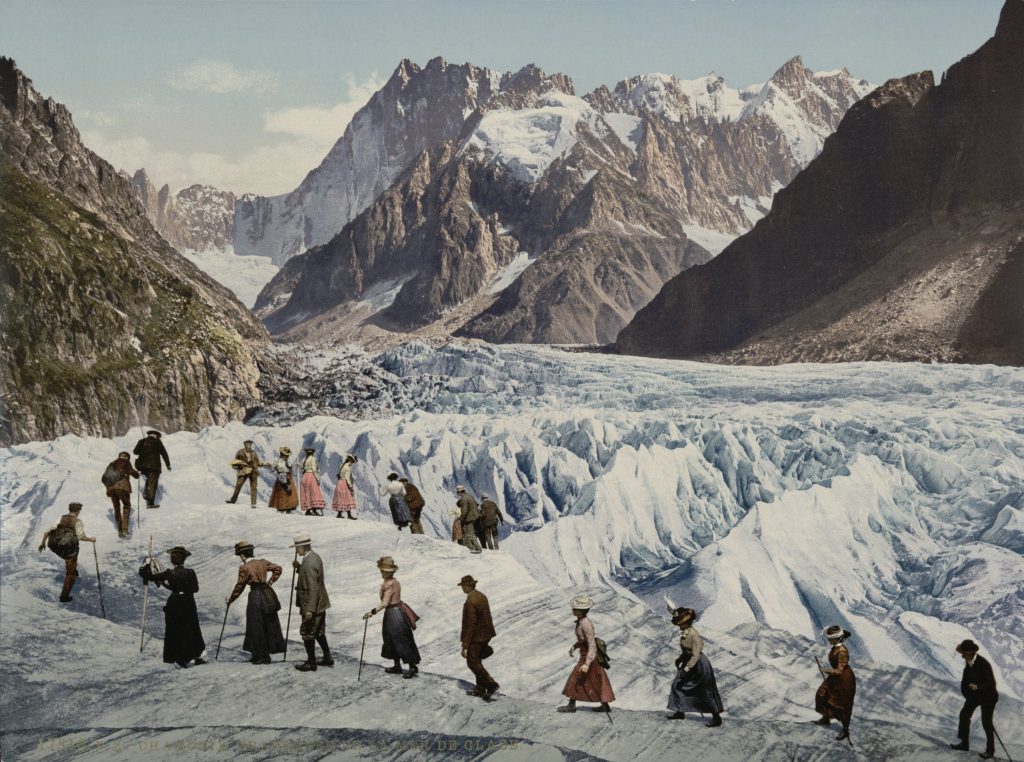 The tourist walks on The Sea of Ice or the “Mer de Glace” in French, are among the oldest in the World. Source: Zurich Central Library.

To walk on the Exploradores Glacier, it is necessary to hire a guided tour, which departs from the town of Puerto Río Tranquilo in the Aysén region. It all starts at eight in the morning, when tourists meet at the office of one of the nine agencies that make the excursion. From there you reach the entrance to the national park, after an hour and a half drive. At that point, tourists receive the technical equipment, a safety induction and the necessary recommendations to minimize the impact on the fragile place. The walk runs for about two hours, through an area of ​​moraines and covered ice, and then gives way to the walk with crampons. The tour in the area of ​​discovered ice lasts approximately two hours, and in that area tourists can contemplate different glacial shapes and microforms, explained by the guides in charge of the tour, who as a rule every year must take tests of knowledge in glaciology, biodiversity, first aid and rescue in crevasses. The return to the starting point of the walk is done by the same access road to return to Puerto Río Tranquilo in the afternoon, for a well-deserved rest. 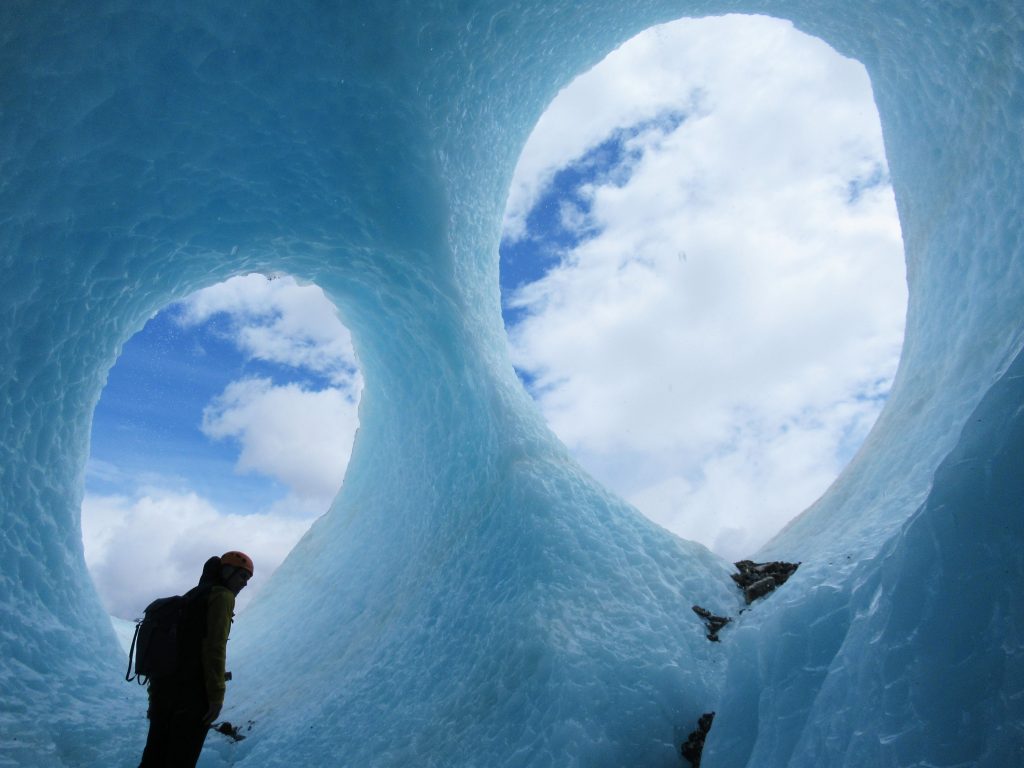 Ice caverns are one of the most striking forms of the Explorers Glacier. Photo: Marcos Cole.

Some of the most frequently asked questions that the hiking guides on the Exploradores Glacier receive every day are: Why is the glacier ice blue? What is the rate of glacier ice loss? or, Does the hike with crampons have any impact on the glacier?. It is this last question that we will focus on. While there are no studies on the impact of a crampon hike on a glacier on your mass balance, it is undeniable that hammering the tips of a pair of crampons onto a glacier results in wear of the large mass of ice. That said, the volume of ice that would be lost in a year from cramponing should be comparatively negligible (although not nonexistent) compared to what is lost as a result of Climate Change. Now, it is correct to recognize that there is an impact of a hike with crampons on a glacier, whatever its magnitude, which implies two possible solutions: either the use of crampons on a glacier is prohibited or this impact is compensated with environmental education, which allows in the long term to help protect glaciers. 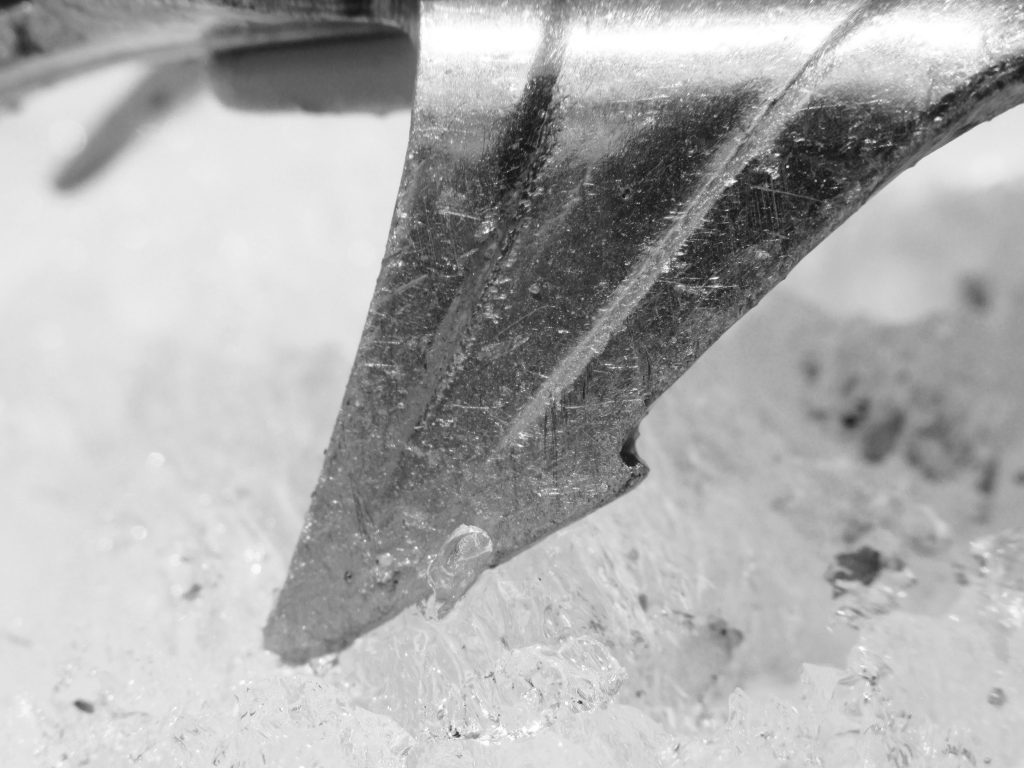 Crampons are steel or aluminum tools that have a series of tips that prevent slipping when walking on ice. Photo: Marcos Cole.

Other types of impacts can also occur during a walk on a glacier, for example: improper disposal of garbage, pollution from the use of the bathroom, bad practices by visitors (graffitis, removal of elements, etc.), and even cross-contamination (crampons can transport microorganisms and carry them from one glacier to another.) 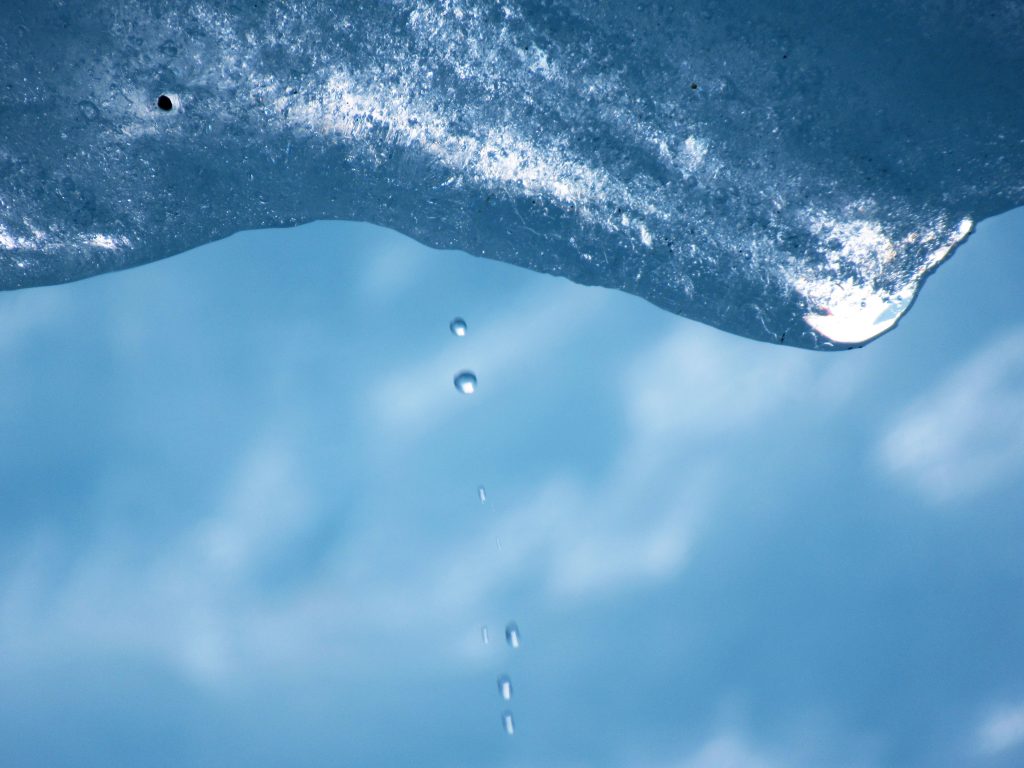 In the context of climate crisis in which we live, the protection of glaciers is an urgent matter. Photo: Marcos Cole.

The new trends in education speak of experiential learning as one of the most effective mechanisms for the internalization of different kinds of knowledge. For example, in environmental matters we will be able to protect what we know in a tangible way and it would be much more difficult to achieve it if we only learned it locked in a classroom. In this context, walking on a glacier is a unique opportunity to get inside the terrain with the concept of the glacier or with the sounds of a glacier, among a series of data that the guides of a tour can provide us. On this last point, it is that it becomes an imperative need that guides and tourism service providers are able to provide some necessary knowledge to visitors, so that in the future they are the ones who transmit to their closest the importance of glaciers and become empowered in the demand for their protection.

Finally, it should be noted that there is an even greater impact of the tourism industry on glaciers, which is the carbon footprint, produced in the journey of tourists from the most distant places to the glaciers of our country. Recognizing the existence of this footprint and working to reduce it is a global emergency and should be considered a priority for those who plan tourism.