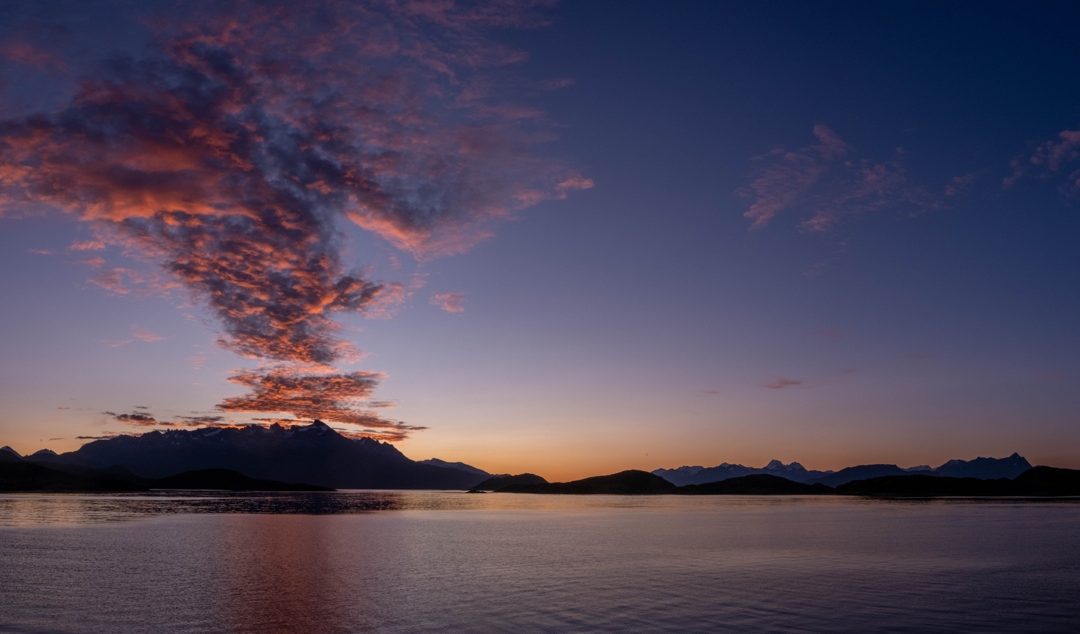 Tierra del Fuego south of the Estrecho de Magallanes, separated from continental America, north of the maligned Drake Sea and the mythical Cabo de Hornos, the largest island in South America is unknown to many to this day. Few are those who have had the privilege of feeling the icy wind in a sunset of indescribable colors, seeing its skies that seem to be reached with the hands, getting to know the pampas and Fuegian forests, but even fewer have been able to witness the magnificence of the fjords and Cordillera Darwin, with glaciers that leave any visitor breathless. Fjords and channels navigated by the ancient Yaganes, steppes crossed by the enormous Selk`nam, and countless peaks waiting to be conquered. A land full of natural and historical riches.

Magallanes, a Portuguese navigator, would have been the first European explorer to reach such southern latitudes, discovering a strait in 1520, which he initially named  De Todos los Santos , but which we now recognize as the Strait of Magellan. To the north, was the new world … The Americas ; but then what was the land of the south, Terra Australis Incognita ? A land in which he never landed, but which he called Tierra de Smokes , due to the columns of smoke from the bonfires of the natives of the island. 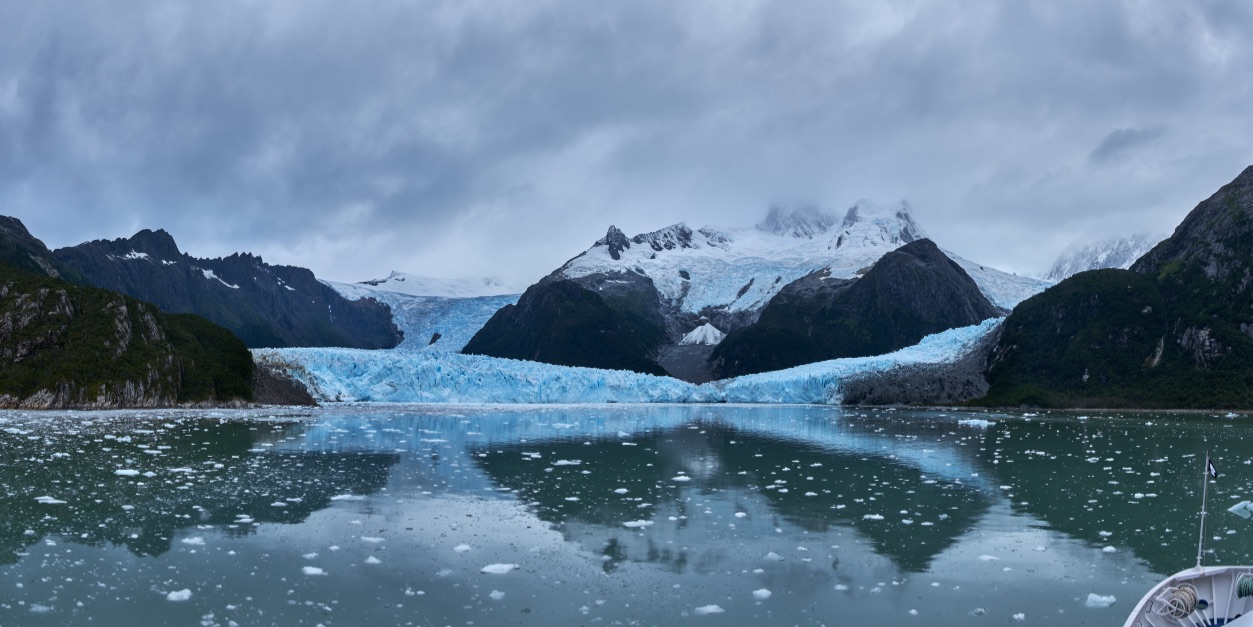 The concept of Terra Australis IncognitaIt comes from the ancient Greece of Aristotle, who postulated the existence of a large piece of unknown land at the south pole, to keep the northern land masses in balance. Already in the 3rd century BC in Greece it was postulated that the Earth was round, something that was studied and measured by the mathematician and geographer Eratosthenes, who calculated for the first time, with magnificent precision, the earth’s circumference. Finally, in the second century, the cartographer Ptolemy, a disciple of Eratosthenes, made maps indicating that the Indian Ocean would be delimited by this southern land. Maps responsible for the propagation through Renaissance Europe, of the myth of a round earth with a great continent to the south, which would help and encourage navigators during this new period of exploration.

That unknown that Terra Australis Incognita suggests to us , also describes what Tierra del Fuego is, where the distant guanacos observe the gaucho who travels through the cold Fuegian steppe, but above all in its southernmost latitudes, where the majestic Darwin Mountain Range rises, in the Alberto de Agostini National Park. A mixture of mountainous landscapes, fjords and channels, in which glaciers plunge into the sea and interact with the subantarctic forest. 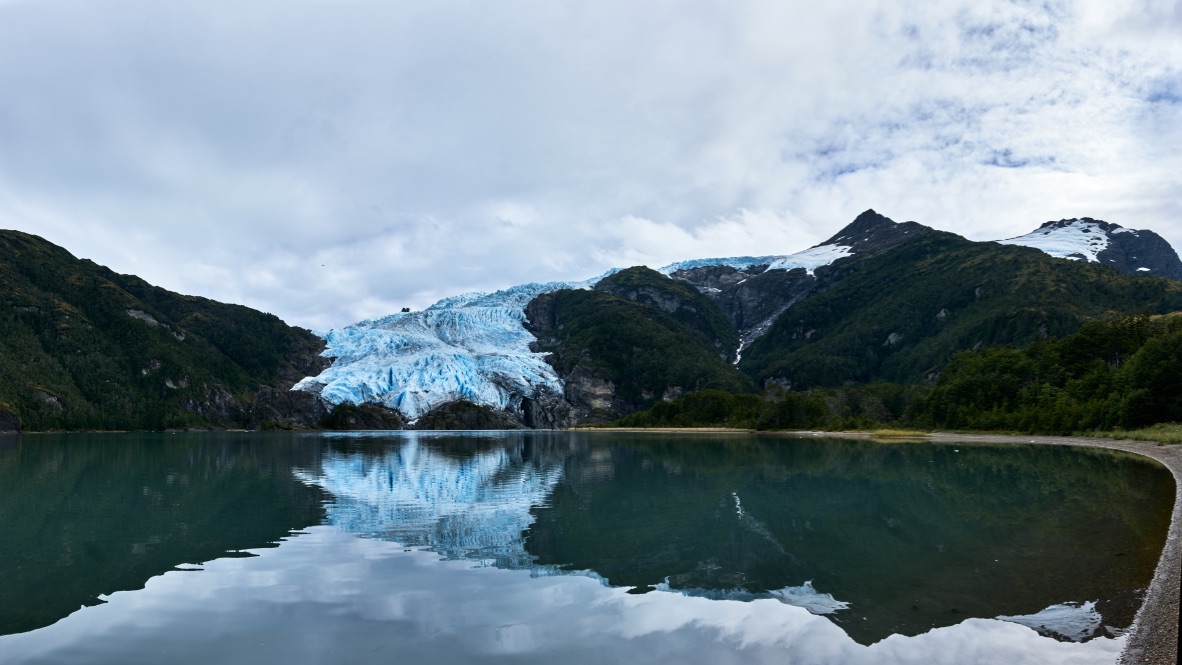 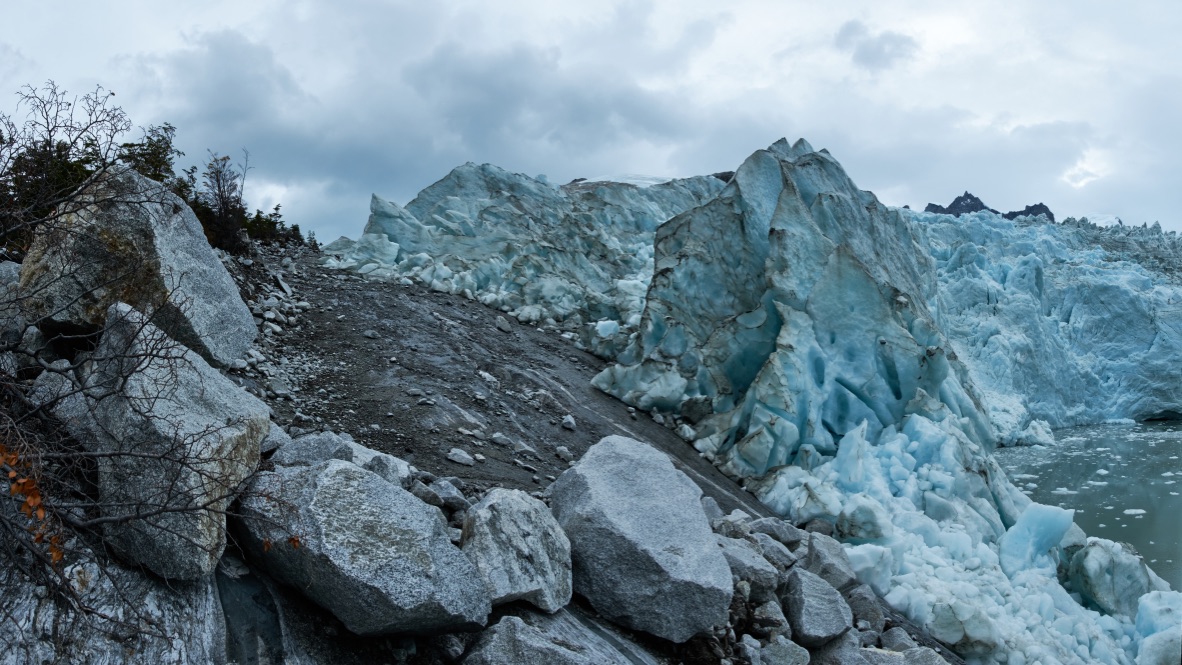 Frontal moraine of the Pía glacier, in the warm months the ice recedes, revealing what progressed during the winter / © Sebastián Parra 2020.

Located between the Almirantazgo Sound and the Beagle Channel, the Darwin Range is located on a tectonic microplate called Scotia and is considered low. It does not exceed 2,600 meters above sea level and falls abruptly to the cold southern fjords that have been sculpted after the constant advance and retreat of its ice during the last ice ages. 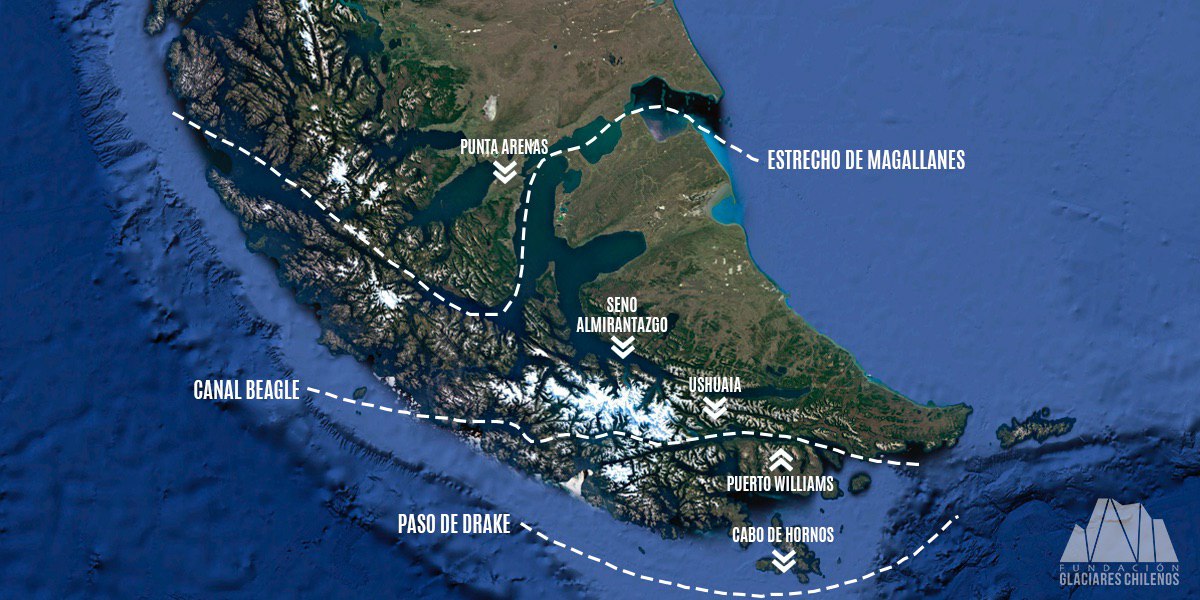 Extensions of ice in the Darwin Range. One of the southernmost places in South America.

With 627 glacial basins eroded after thousands of years, this ice field is a paradise for all nature lovers. Here there are glaciers for all tastes; valley, hanging, tidal glaciers, some receding and a few advancing. In the Darwin Range, there is a big difference between its glaciers. To the south, glaciers tend to be more stable and even a few are growing, while in the north, the trend is to recede. 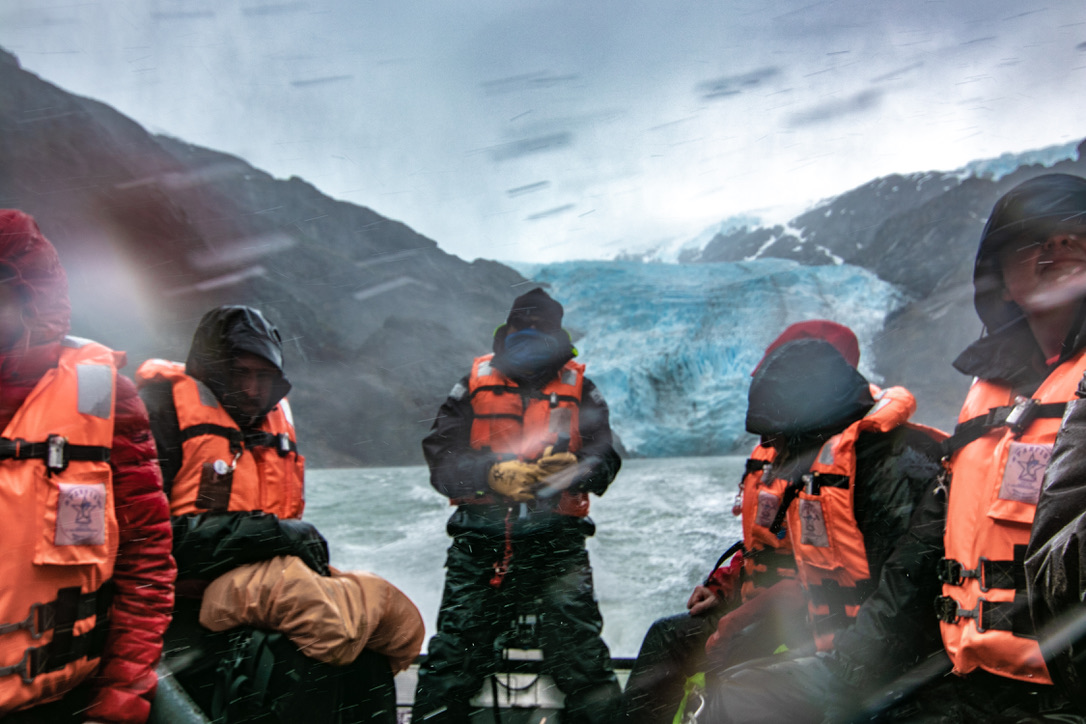 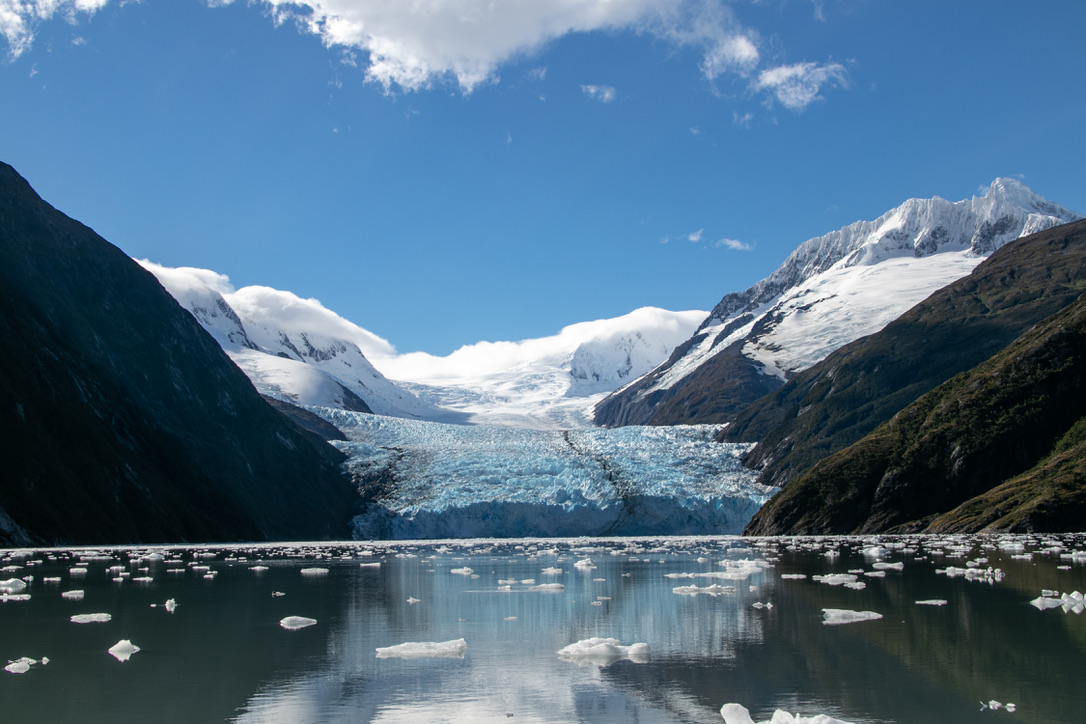 As I mentioned earlier, there are clear differences between both sides of the mountain range, which are influenced by factors that are unique to these latitudes, such as the case of the Westerlies: hurricane-force winds loaded with moisture, coming from the Pacific Ocean and colliding with the mountain range, condense and precipitate mainly in the high peaks of the south. While on the north side there is less rainfall that can nourish the glaciers on that slope. This is due to its geographical orientation, from east to west with a small northwesterly inclination and it acts as a climatic screen, which retains much of the humidity and does not allow it to pass north. This also occurs when viewing a satellite image of the Patagonian Andes, on the Chilean side the green of the Valdivian jungle predominates, where the rain feeds the rivers of Aysén, but the Argentine side is rather dry, where the golden coirón de la pampa predominates, extending to the Atlantic.

There are different geomorphological factors in each glacier; the width or depth of the fjord, the orientation that affects the solar exposure on the glacier, where those facing north will be more affected than those facing south. Despite these factors, we must add the increase in temperatures and decrease in rainfall during the last decades caused by climate change, which have a negative effect on this area. The case of the Marinelli glacier, located on the north side, which is currently the largest in the mountain range at 21 km in length, is also the one that has retreated the fastest in the last 100 years, 15 km since 1913. At present it weighs In the case of Marinelli, there are many other glaciers with a stable trend and a few others, located on the south side, that grow and deserve an article in themselves, as they are; the Garibaldi glacier, Pía glacier and apparently the Guilcher glacier. 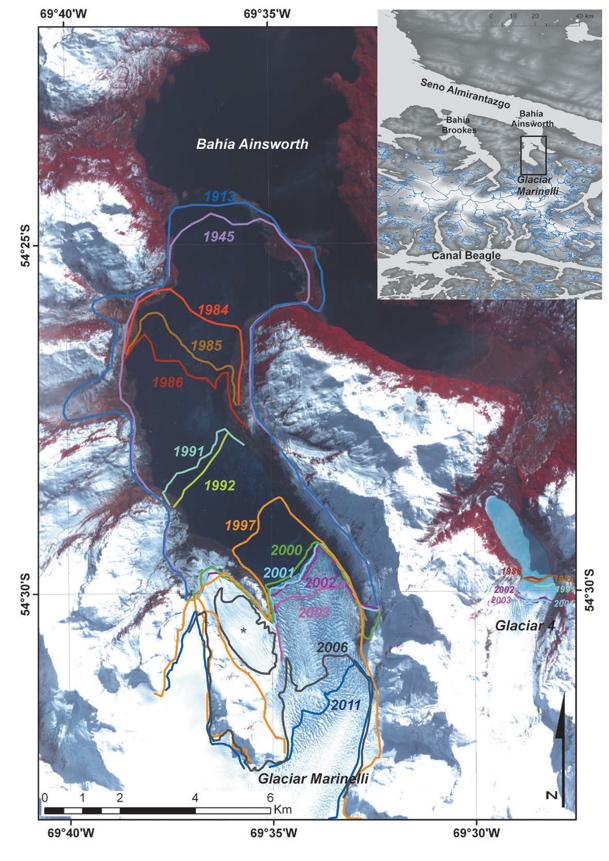 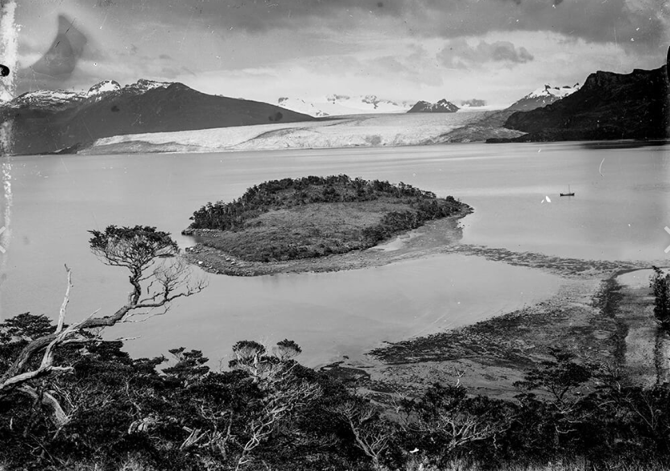 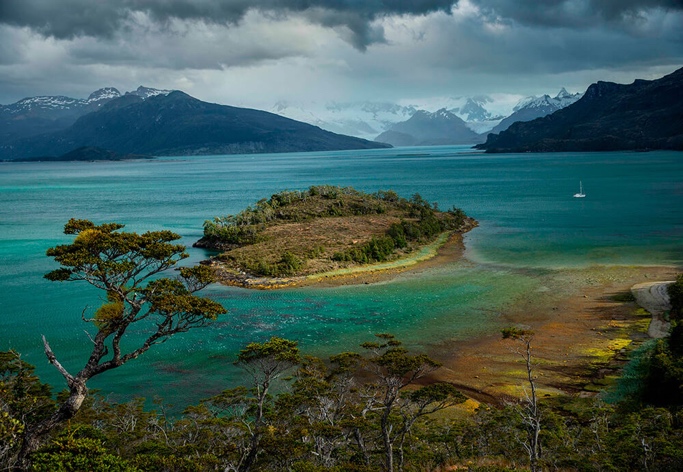 As well as the Darwin Mountain Range, there are many wonders that the world stores and probably we all have a list of distant corners of the planet that we would like to reach one day, without excluding that option, it is not necessary to go that far to wrap ourselves in beauty immeasurable of nature that Chile has, a place as exotic as it is remote for the eyes of the world. Not to forget that we inhabit the myth with which the Greek intellectuals dreamed of us so much, the wild land full of wealth and opportunities, the home of the untamed natives who preceded us, we are part of a mystery that has not yet been revealed, the Terra Australis Incognita .

To protect you have to know! 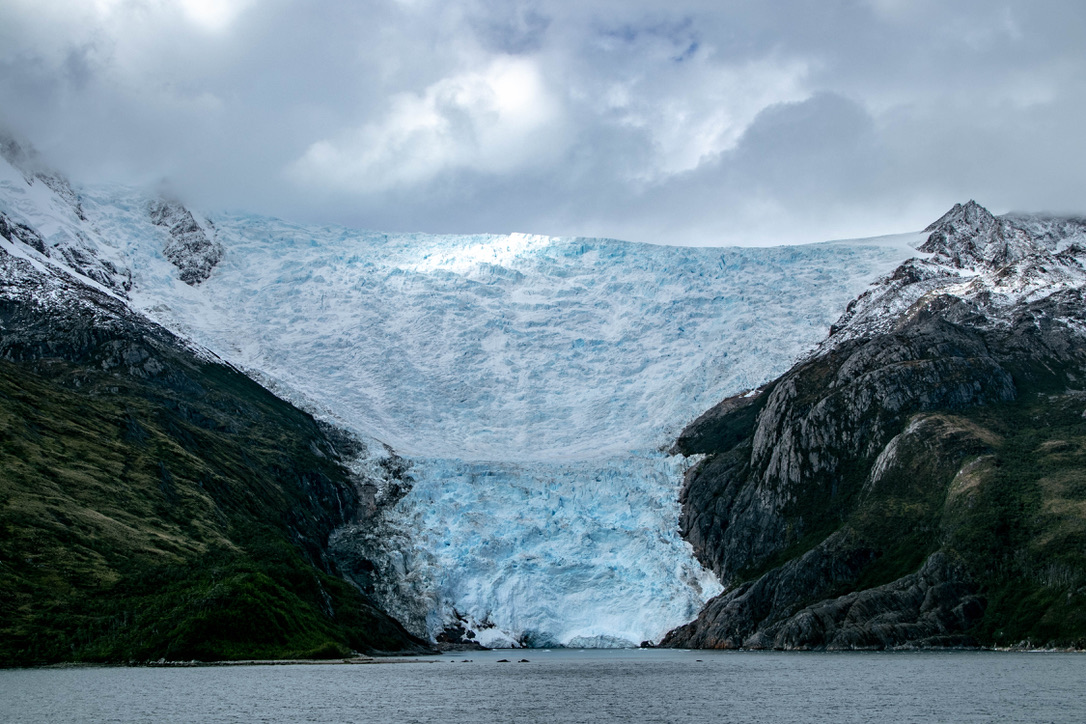