Changes of the Glacier Colgante Morado between 1932-2019 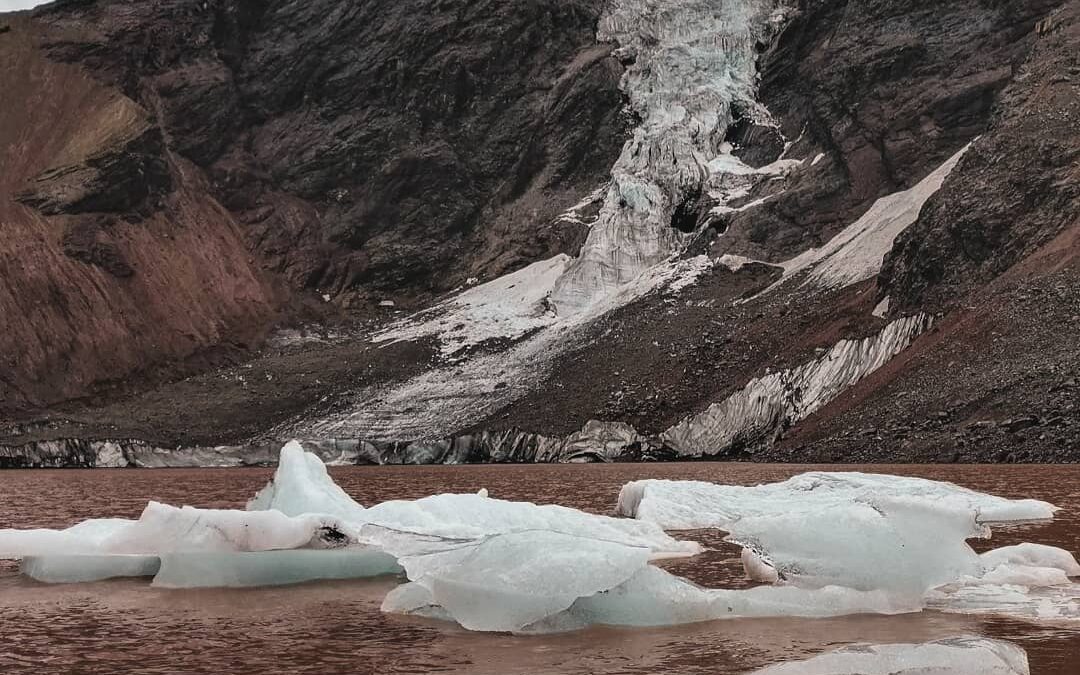 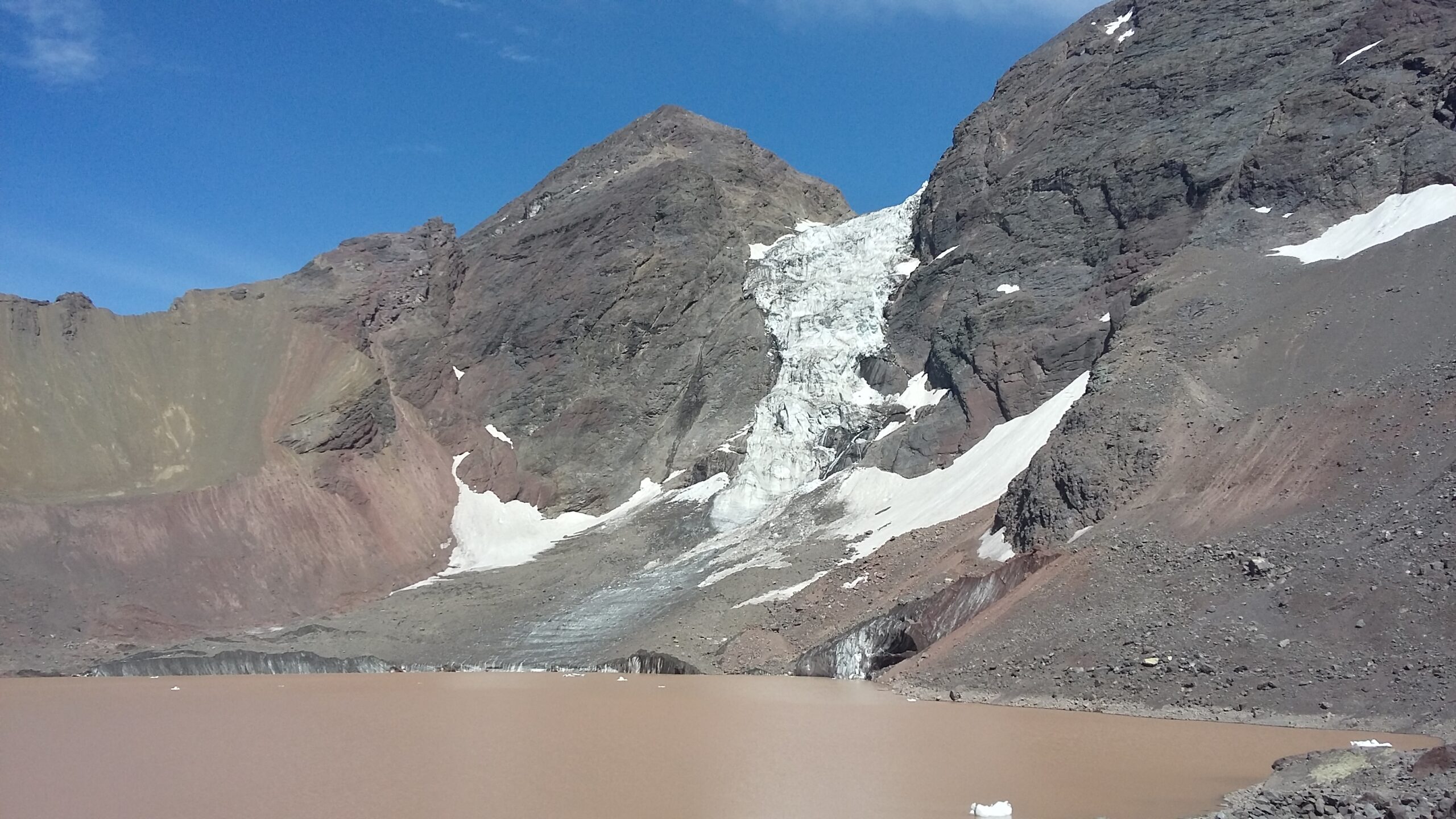 Glaciers of the central Andes of Chile are a crucial freshwater resource for down-stream communities for drinking water or water for agriculture, mining or industry. Normally, the mountain water supply is largely sourced from the melting of the winter snow accumulation, though following a prolonged and intense drought (2010-present), an increasing proportion of the summer streamflow is provided from the melting of glacier ice. As such, glaciers offer a buffer to keep rivers flowing during years when the winter snowpack is scarce. However, long term climate change has shown evidence of increases in air temperature and a general decrease in annual rainfall in the last decades 6 and this is bad news for the ever shrinking mountain glaciers.

A recently published article has explored the shrinkage and disappearance of the well-known Morado Glacier in the upper Maipo basin. The glacier and its pro-glacial lake attract many visitors each year that can take day trips from Santiago. Visitors to the site during the last decade especially have noted the rapid disappearance of this icy monument, but for others, there is perhaps a longer lasting memory of these changes. 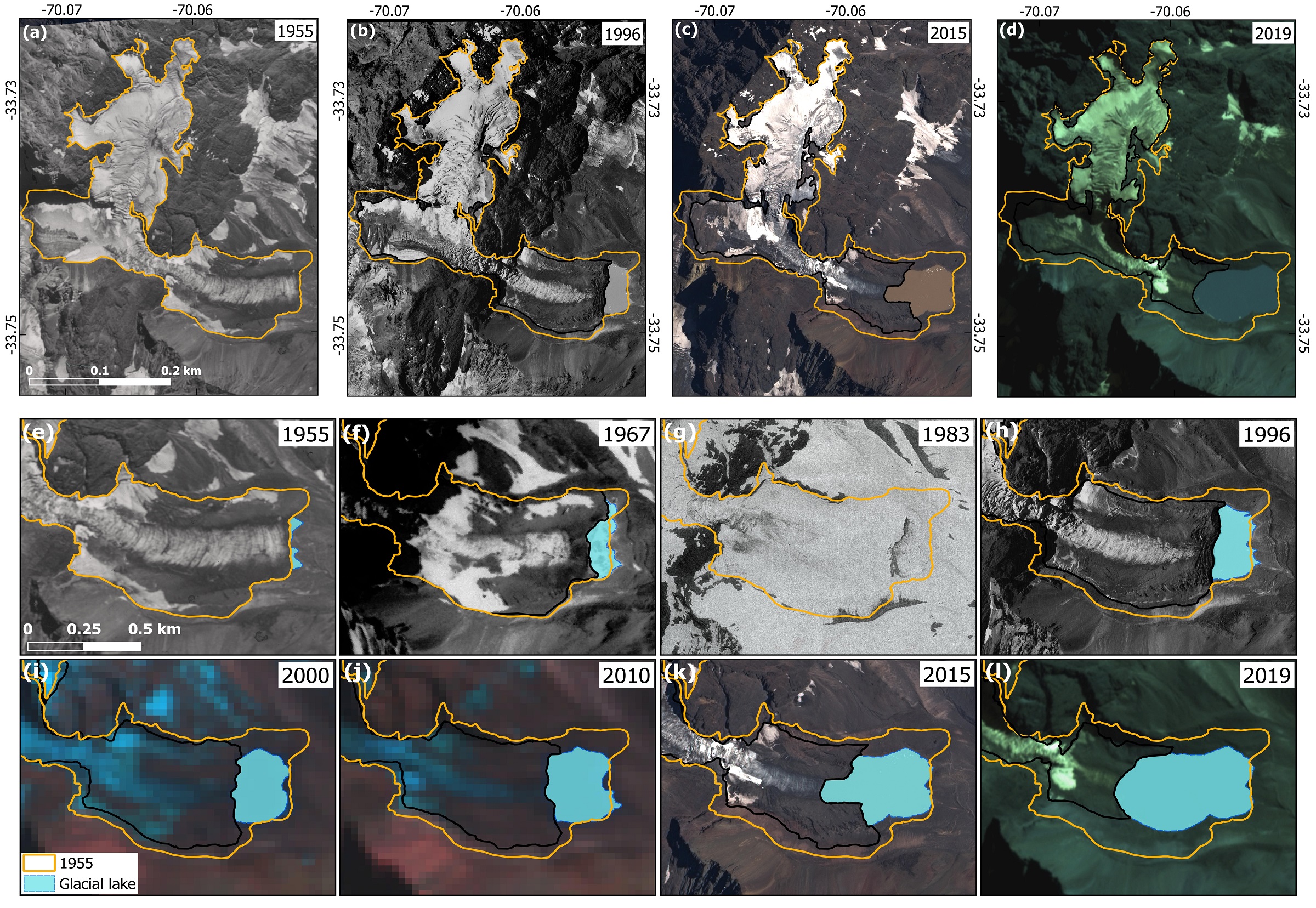 The study amongst British, German and Chilean colleagues (including members of the Fundación Glaciares Chilenos) utilised a mixture of historical photographs, spy imagery and more modern satellite and ground-based laser scanning to understand the changes in the ‘health’ of this glacier since 1932 (Figure 1), the year of a German mountain expedition (Club Andino Aleman, “DAV”). A mixture of declassified spy imagery and modern techniques allowed the authors to explore both changes in the area and thickness of the ice to determine how it has changed over time. Particular focus on the frontal area (that visible to tourists) has shown a sizeable decline in the ice area since at least 1955 (the first complete aerial images of HYCON), though the largest changes have occurred under the drought conditions of the last 10 years, especially when observing the shrinkage of the glacier front and the growth of the lake (Figure 2). 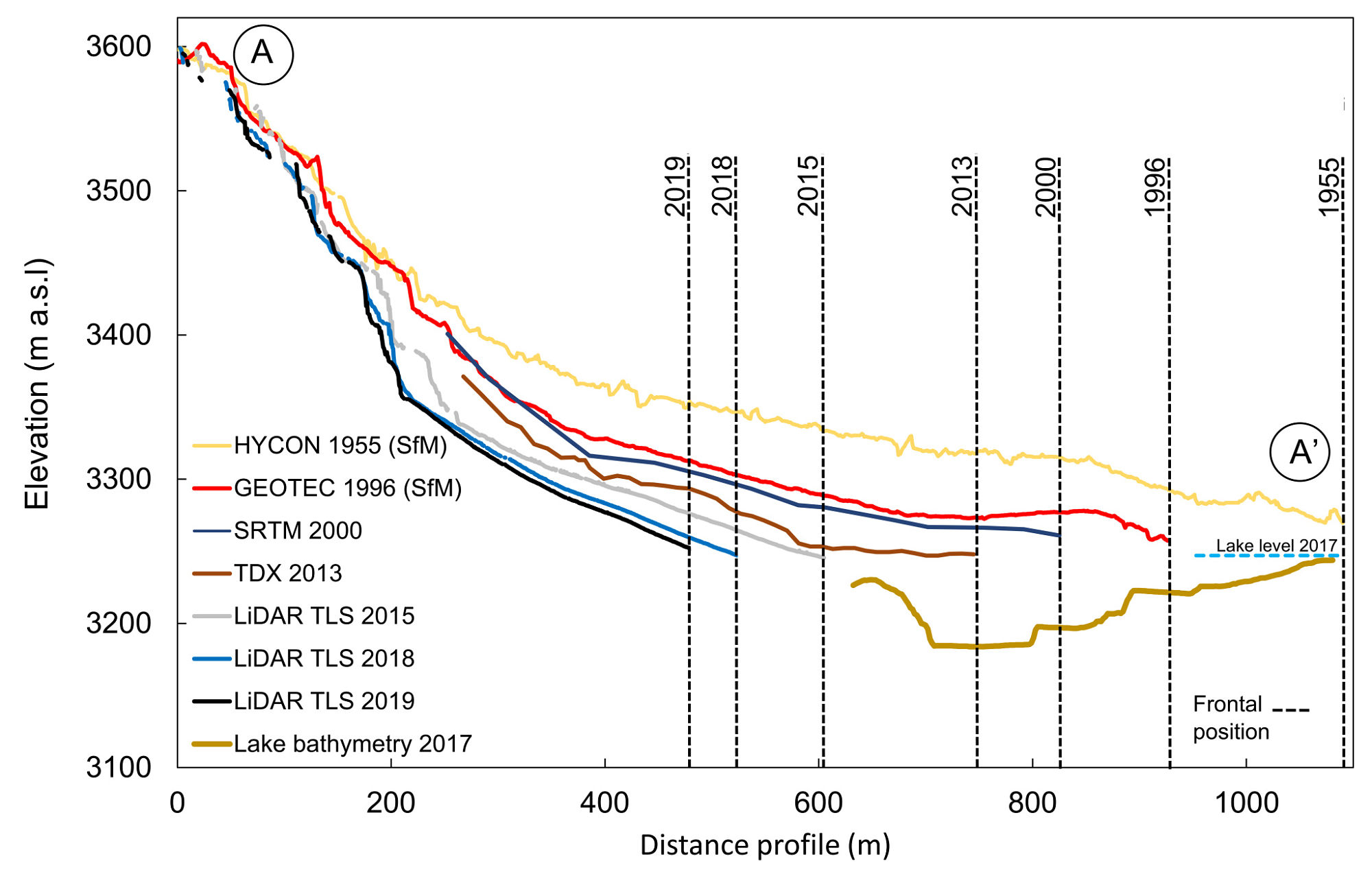 It is estimated based upon the photographic evidence of the DAV that the glacier front has lost an average of around 1 m per year of surface height between 1932 and 2019, though yearly variability in temperature and winter snowfall mean that some years see greater loss of ice than others. The rate of loss observable from recent observations has been shown to be much larger (Figure 3). These ice losses have been largely exacerbated by the country-wide heat wave of early 2019 and the 2019 winter being the second driest of modern records at Quinta Normal station in Santiago (the driest was 1968). Continued conditions such as these will very likely result in the rapid disappearance of the glacier from our view in the coming years. However, this is just one of many glaciers undergoing such change in this region  and is reflective of the decline in glacier mass loss seen all over the world.

You can find the full investigation in Journal of Glaciology. Link

Macro Photography at the Exploradores Glacier