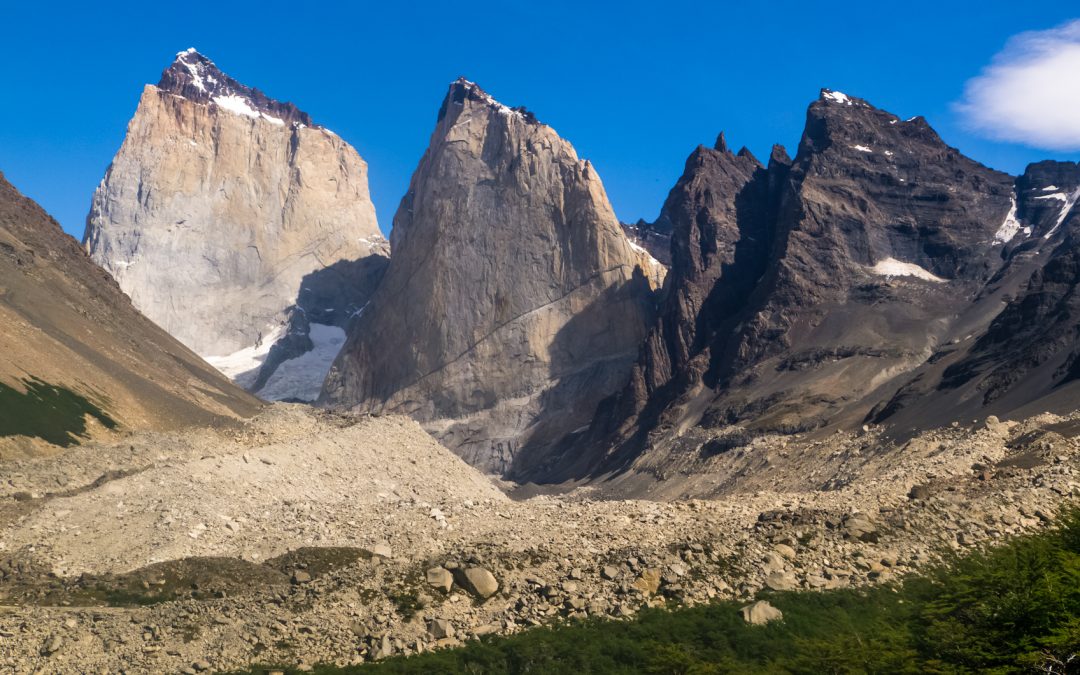 Glaciers are one of the most sublime expressions of nature. The Chilean writer Francisco Coloane describes the landscapes of the ice kingdom as fascinating places, of immeasurable greatness, solitude and surrealism. And also of dangers, by the way.

In addition to these addictive features, the glacial landscape offers us a series of clues to reconstruct and thus understand how the evolution of the ice giants has been throughout geological time. These evidences are printed in the landscape and are used by scientists to study the past, present and future of glaciers and their landscapes. It should be remembered that glaciers are key climatic indicators, which is why their changes also tell us about changes in Earth’s climate. There are exceptions to the rule, but that will remain for another publication.

Glaciers are large volumes of ice that leave their tracks imprinted on the landscape as they move. One of the most representative and studied are moraines. The moraines are generated by the transport and deposition of sediments on the ice margins. In this sense, moraines are key to understanding the extent and behavior of ice in time and space.

When the glaciers advance

When the glaciers have the optimal climatic conditions for their growth, they generally advance in the direction of the slope and remove all the obstacles that are in their way. Similar to the landscape effects that the passage of a gigantic bulldozer would leave.

One of the most common moraines is the lateral moraine. As the name says, the lateral moraines form on the sides of the ice flow. Therefore, they mark the height of the sides of the glacier. In the case of glaciers located in mountainous environments, the oldest lateral moraines are usually attached to the walls of the valleys. In the highest parts of the lateral moraines, it is common to find large rock blocks transported and eroded by ice. Some blocks may be embedded in the top of the moraine and show signs of erosion. Signs of glacial erosion on the blocks can be represented as noticeable polishing, for example. Those tracks would help recognize if the block – some the size of a house – was transported and eroded by the glacier in the past. 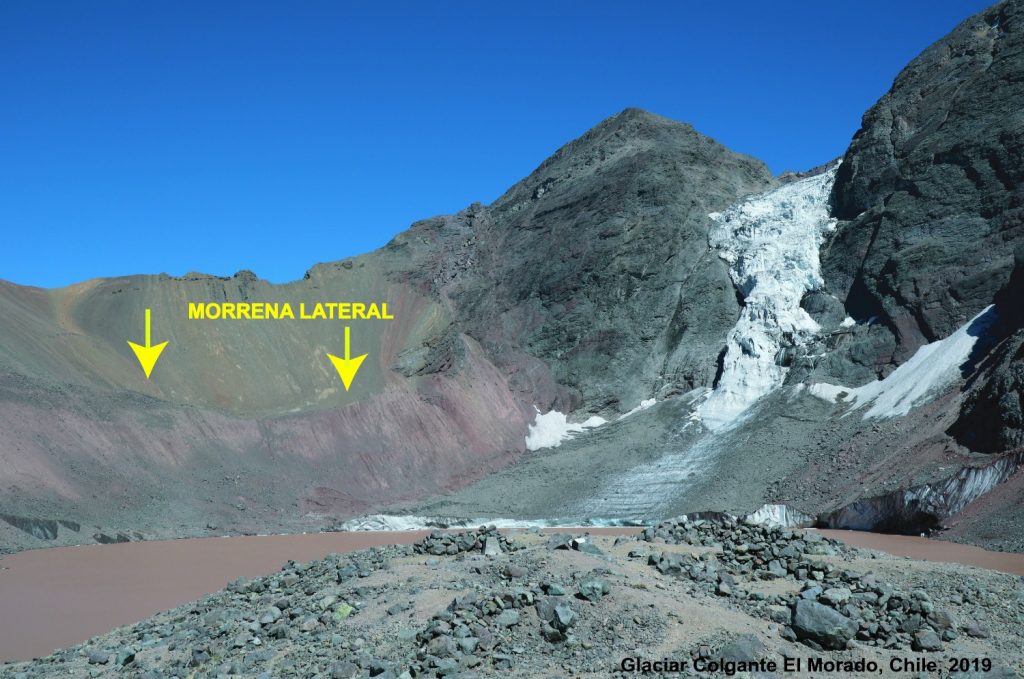 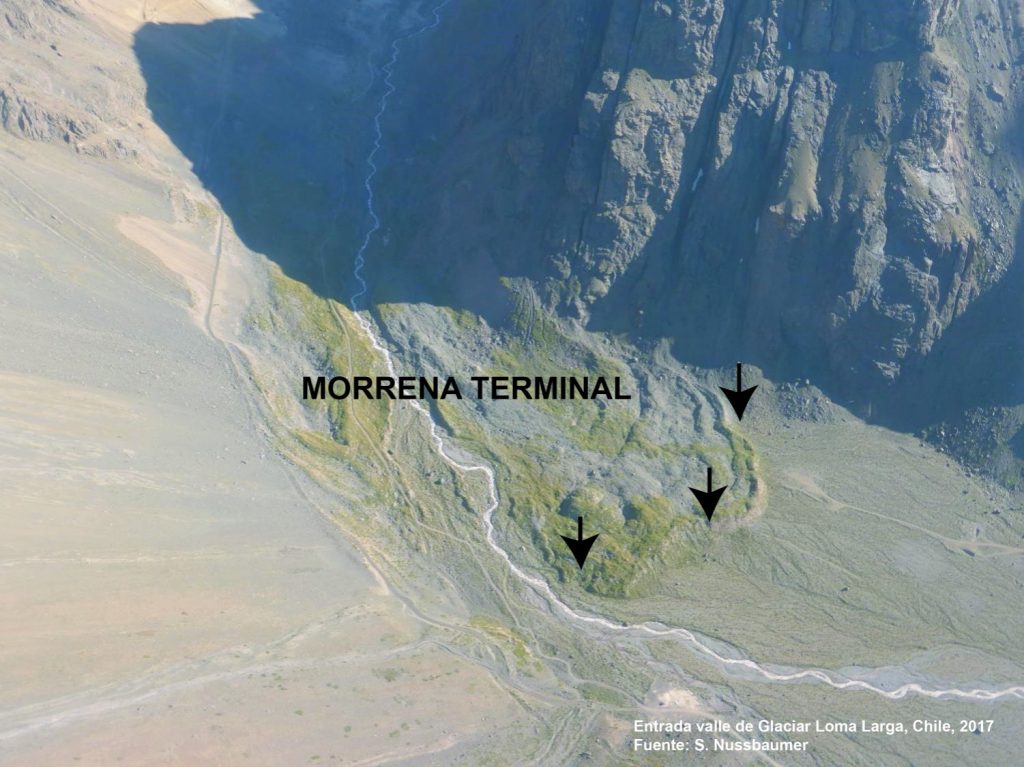 Other moraines that are characterized by their beauty are the medial moraines. Exclusive to glaciers that meander along valleys, the medial moraines show the confluence of two different ice tongues. Each tongue mobilizes sediment in its lateral parts. In this way, when they converge, they generate a distribution of superficial sediments parallel to the flow of the ice. Many people have not noticed that the $10,000 Chilean Peso bill on its back exceptionally graphs what a medial moraine is. 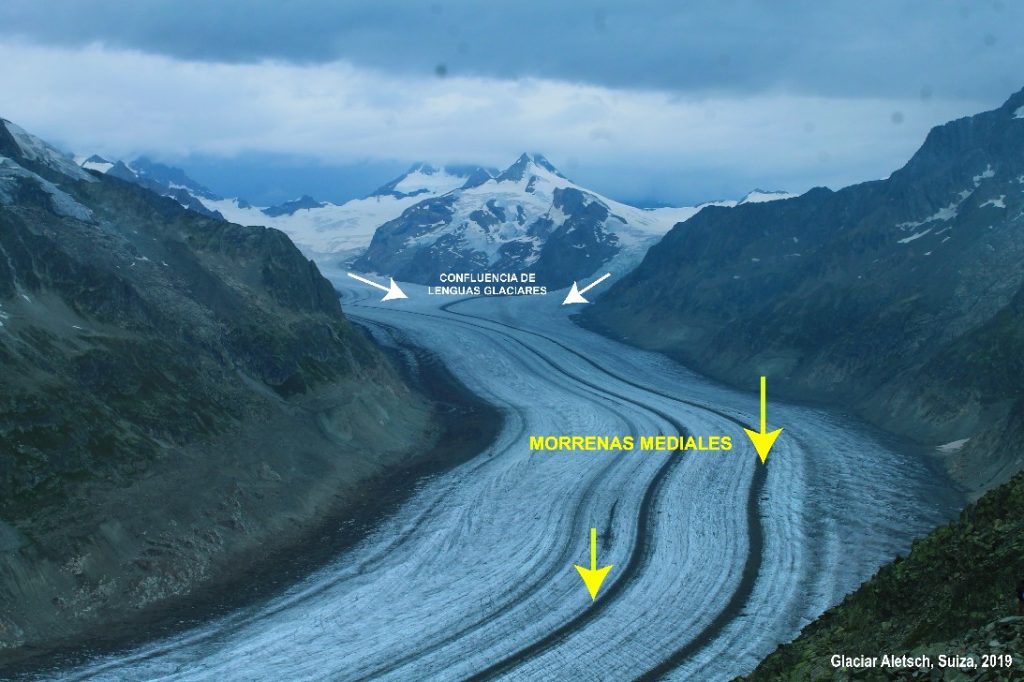 When glaciers retreat (as it is today)

When glaciers lose mass due to a lack of climatic conditions appropriate to their growth, maintenance, or what in practical terms means less accumulation of snow in the upper parts, they begin to thin and stagnate. Sometimes the thinning of the ice causes a collapse of the lateral moraines. This occurs due to the thawing of the slopes and the “relaxation” that the lateral moraines undergo once the ice disappears. In addition, during weight loss, all the sediments that the glacier had inside, in its entrails, begin to appear and accumulate on the surface of the ice.

All this process generates that, during the slow death, they start getting covered with debris. The trace of the process in which the ice disappears under a cover of chaotically distributed sediments, is called ablation moraine. 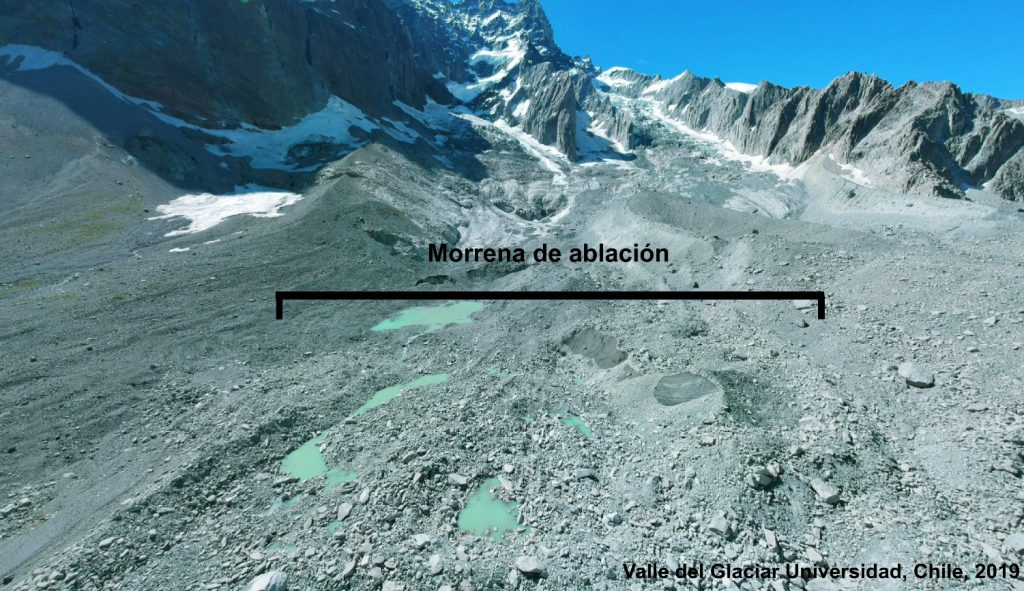 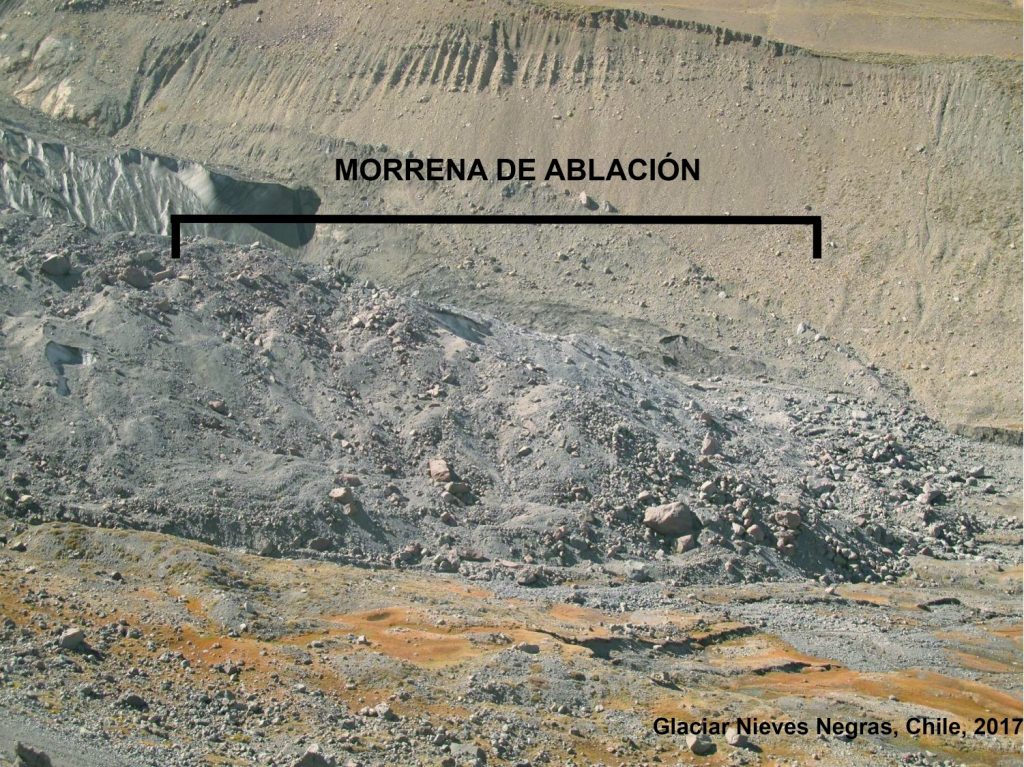 Although there are several other types, this publication has attempted to account only for the most common moraines and those used to understand and reconstruct the evolution of glaciers over time. In Chile, throughout the entire Andes mountain range, it is possible to find morrenic records with surprising degrees of conservation. One should only try to sharpen the eye, train it and begin to identify the tracks of the ancient glaciers. It is an invitation to learn about and deepen your knowledge of the country’s glacial history. Well, as they say out there “what is known is loved and what is loved is taken care”

Water scarcity and devaluation of the landscape, a lack of consent regarding the origin of the resource