Väinö Auer: the Finnish explorer who traveled the fjords of Tierra del Fuego 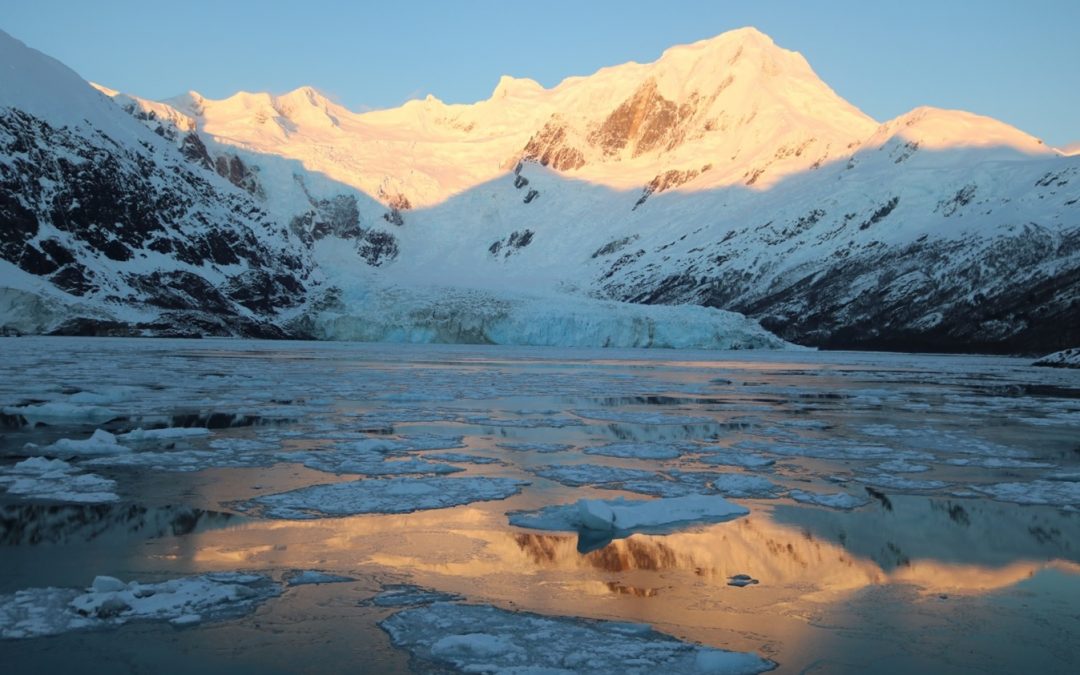 To be immersed in one of the most beautiful corners of Tierra del Fuego Island, a place secluded from the world, and which for a long time was one of the best kept secrets of the Kawésqar. For those who know the Magallanes region in Chile, the name of that place is probably familiar, the Brookes Fjord, which was a reason for fixation for the Finnish geologist Väinö Auer in 1929, who together with his Finnish expedition of investigation in the face north of Cordillera Darwin Central, studied the peat bogs of Patagonia, these ecosystems formed after the glacial retreat colonized by plant species and sectors with depressions. The marine sector of the Brookes Fjord is within the Marine Coastal Protected Area (MCPA), southwest of the Almirantazgo Sound and together with the Finnish explorer,  we will enter one of the southernmost and breathtaking itineraries of which there is human record.

The MCPA was created in 2018,  for the protection of endemic species: it is the only nesting area towards the interior of canals of the Black-browed Albatross; two resting , molting and breeding areas for the Southern Elephant Seal , located in Ainsworth Bay and Jackson Bay; and a resting, reproduction and feeding area for the Leopard Seal. The Brookes sector is an area of ​​multiple uses, since in addition to being a space for recreation, it is also an extractive resource for the community, in the case of the Patagonian scallop and the South scallop. 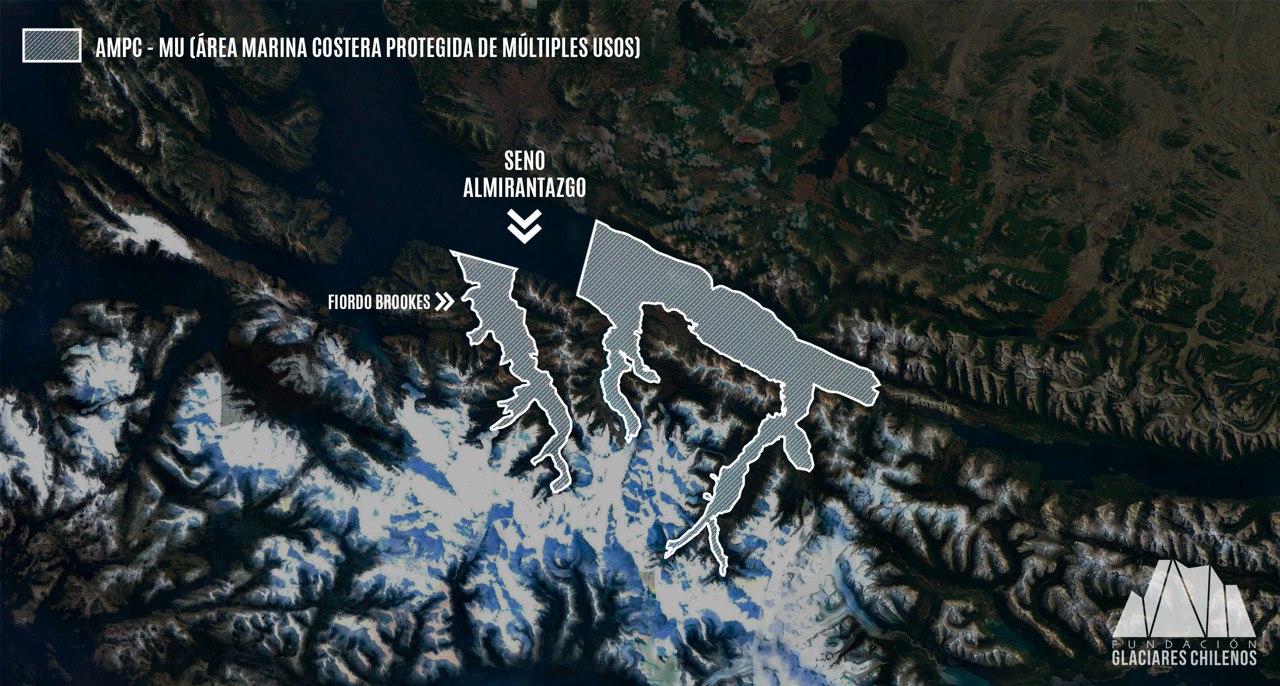 Graphic of the AMCP “Seno Almirantazgo”. The shaded sector, located to the left, is Zone 2 corresponding to the Brookes Fjord.

In February 1929, the Porvenir ship set sail from Punta Arenas with a handful of men led by the Finnish geologist and geographer, Väinö Auer, and with the help of the geologist Dr. Kranck, to carry out a botanical-geographical and exploratory investigation in the fjords. from Tierra del Fuego Island and study the interior structure of the gigantic and almost unknown Cordillera Darwin.

Väinö Auer, at one point in his journey, sails through waters unknown to most at that time, excluding Europeans who knew the mouth of a large bay called Brookes. 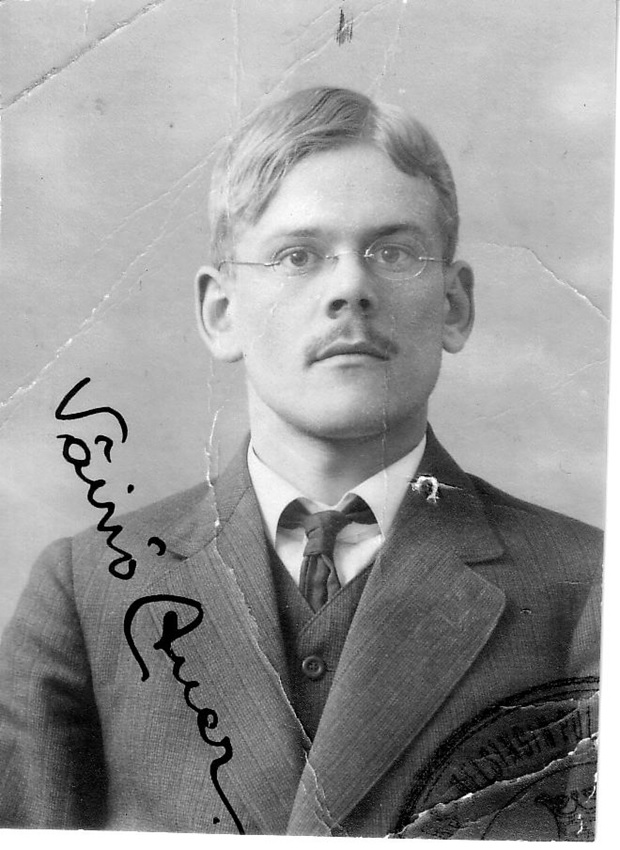 This name was given by the First British Expedition, when the HMS Adventure sailed through the waters in charge of the expedition chief Philip Parker King, the name “Brookes” was given at the request of the ship’s surgeon, Dr. J. Tarn ( origin of the name of Mount Tarn), but without knowing why.

Everything was unknown until then, except for the Kawésqar, an ethnic group of canoeists who crossed these waters in search of food, whether it be shellfish, penguins or sea lions. Auer then, it reaches the bottom of the fjord where it ends in two arms or bays. 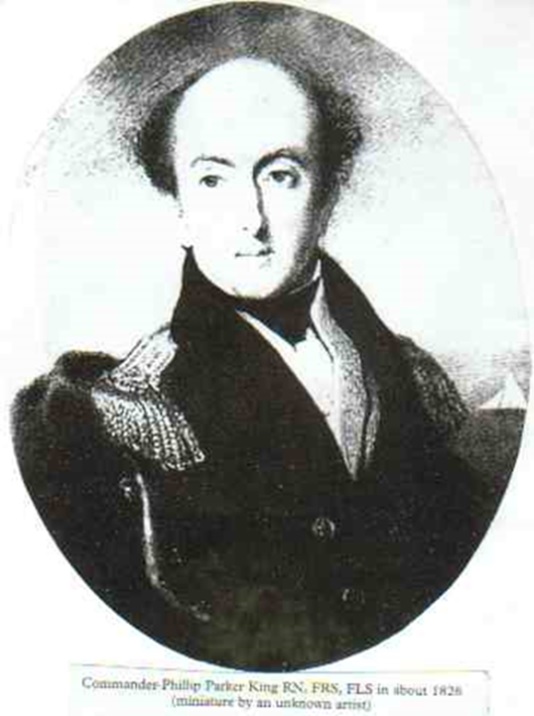 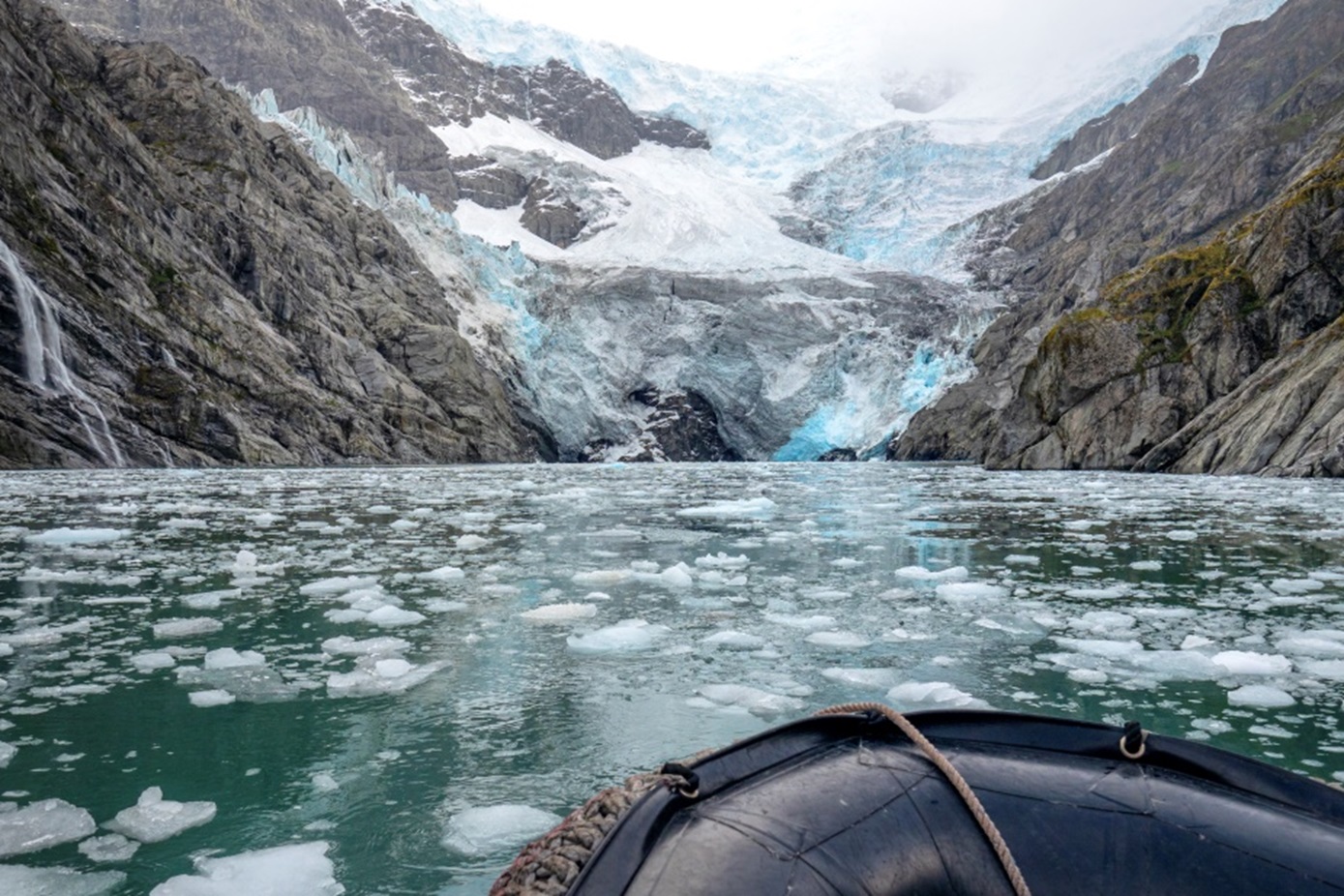 Sailing Auer Bay, in the background you can see the Runeberg glacier / © Luis Bertea.

Sail through the bay located in the Southwest, which narrows and ends in cliffs with a glacier in the background, which I would name Runeberg, in honor of Johan Ludvig Runeberg, a Finnish poet, considered the national poet of Finland and one of the most important from all over Scandinavia. In 2004, the National Navy named this place as Auer Bay.

The Finn baptizes two more glaciers in that place, the hanging glaciers in the western frame Lönnrot and Kivi, with respect to the first, Auer points out that “from the island another adjacent glacier could be seen, which slid in many reeds straight into the forest. the splendid Lönnrot glacier. Its rumblings interrupted the calm of nature, which only the cries of seagulls and cormorants invaded “ 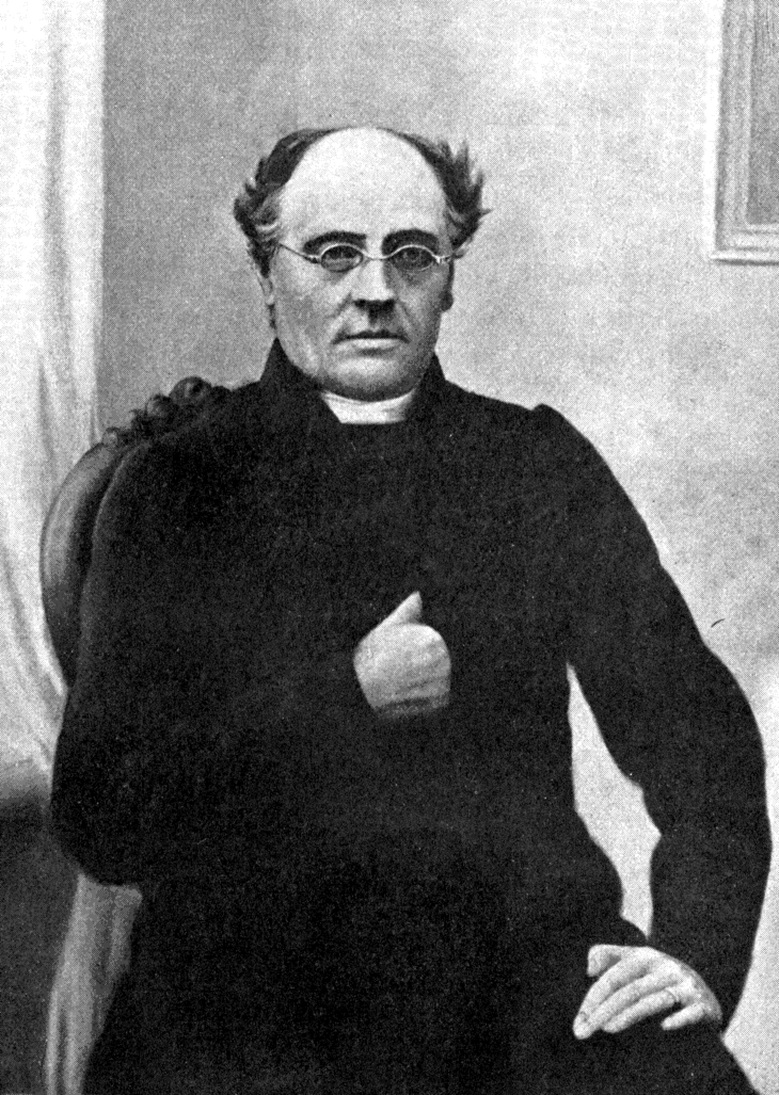 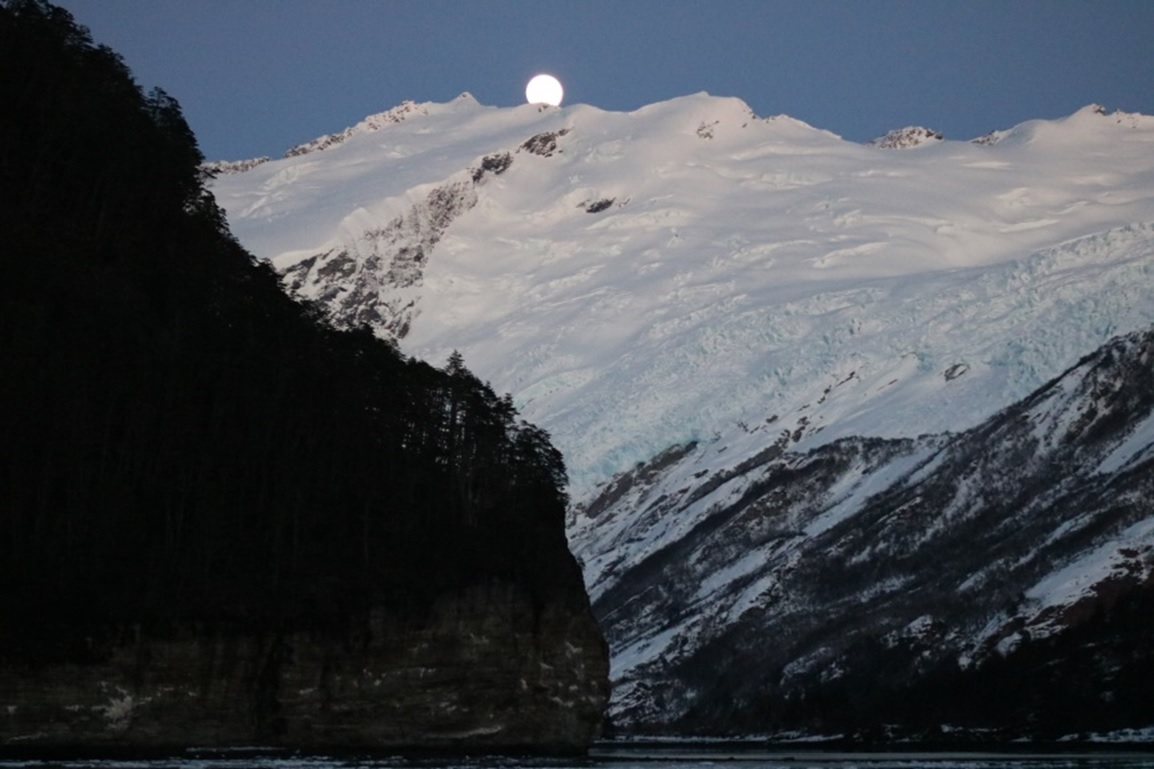 Moon at sunrise over the Lönnrot glacier / © Francisco Martínez.

With the appointment of the first, he pays tribute to Elías Lönnrot, a Finnish physician, botanist, lexicologist and philologist. He is known for having been a compiler of traditional oral poetry in his country, and especially for having composed the Finnish epic poem Kalevala. He is considered the “second father of the Finnish language”, after Mikael Agricola. 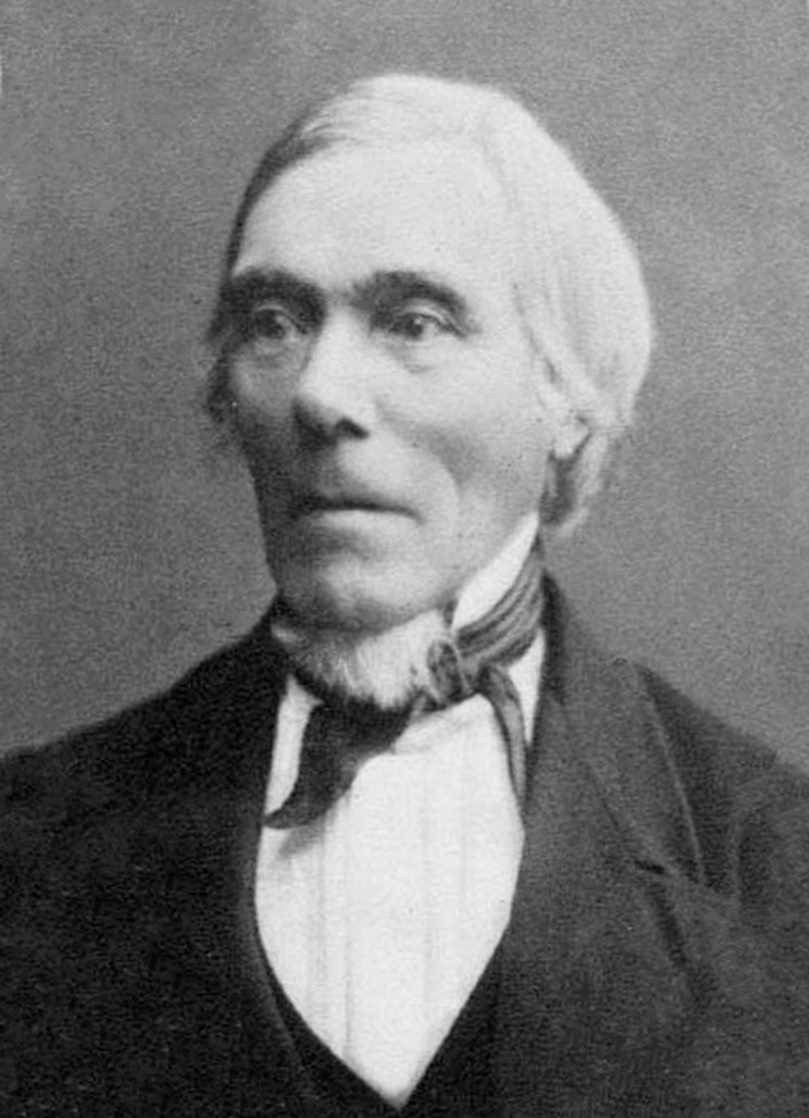 Portrait of the Finnish physician and botanist Elías Lönnrot, 1802-1884.

As for the Kivi glacier, Auer says “we reached the first glacier, which we named Kivi. Knobby rocks that shone in the sun, indicated that the glacier had descended, always towards the edge of the water ”. 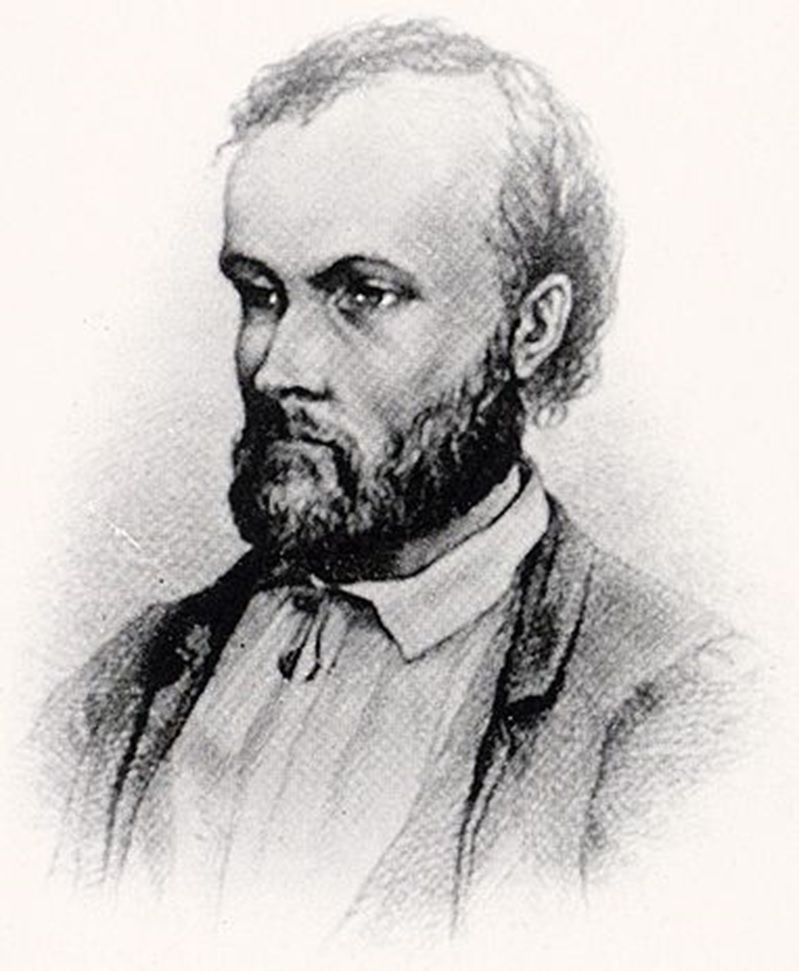 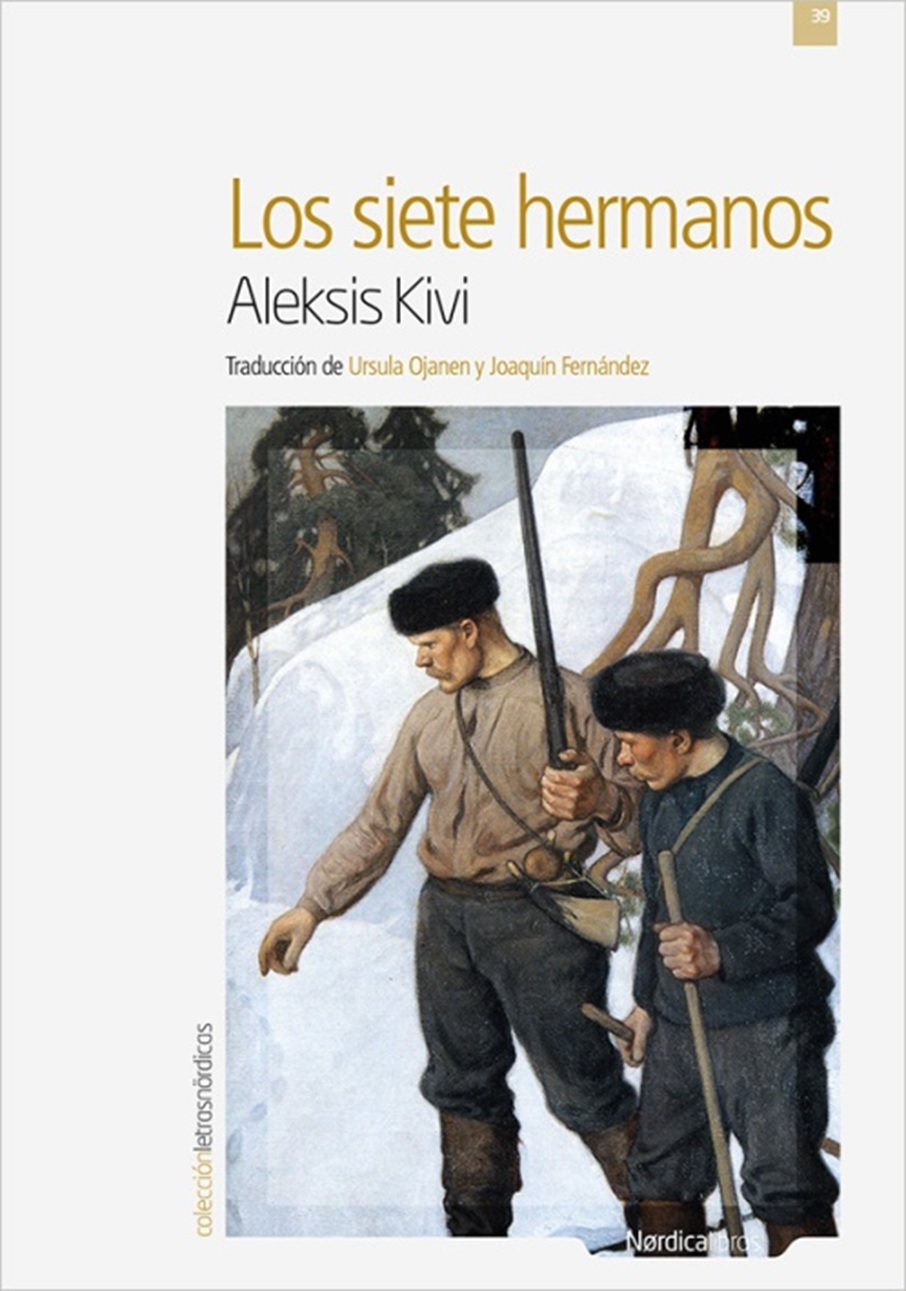 Cover of the book “Seven Brothers” by Aleksis Kivi. Book Auer read when he was sailing through the Brookes Fjord.

Before leaving this bay, Auer writes “as we advanced, we heard louder the rumblings of the Runeberg glacier at the bottom of the fjord, which the Lönnrot glacier accompanies with its waterfalls at a slower pace… from time to time, our boat it swayed on the great, gentle waves, born from the broken pieces under the Runeberg Glacier.

Every time a new piece of the steep glacier broke off, it fell into the water and the blast echoed from one wall to another towards the mouth of the fjord, where they could be heard like the outbreak of a cannon or approaching thunder ”. Then Väinö Auer sails along the eastern arm that he calls Finland, in memory of this first expedition of that country on Tierra del Fuego island and homonym of the Finland glacier. 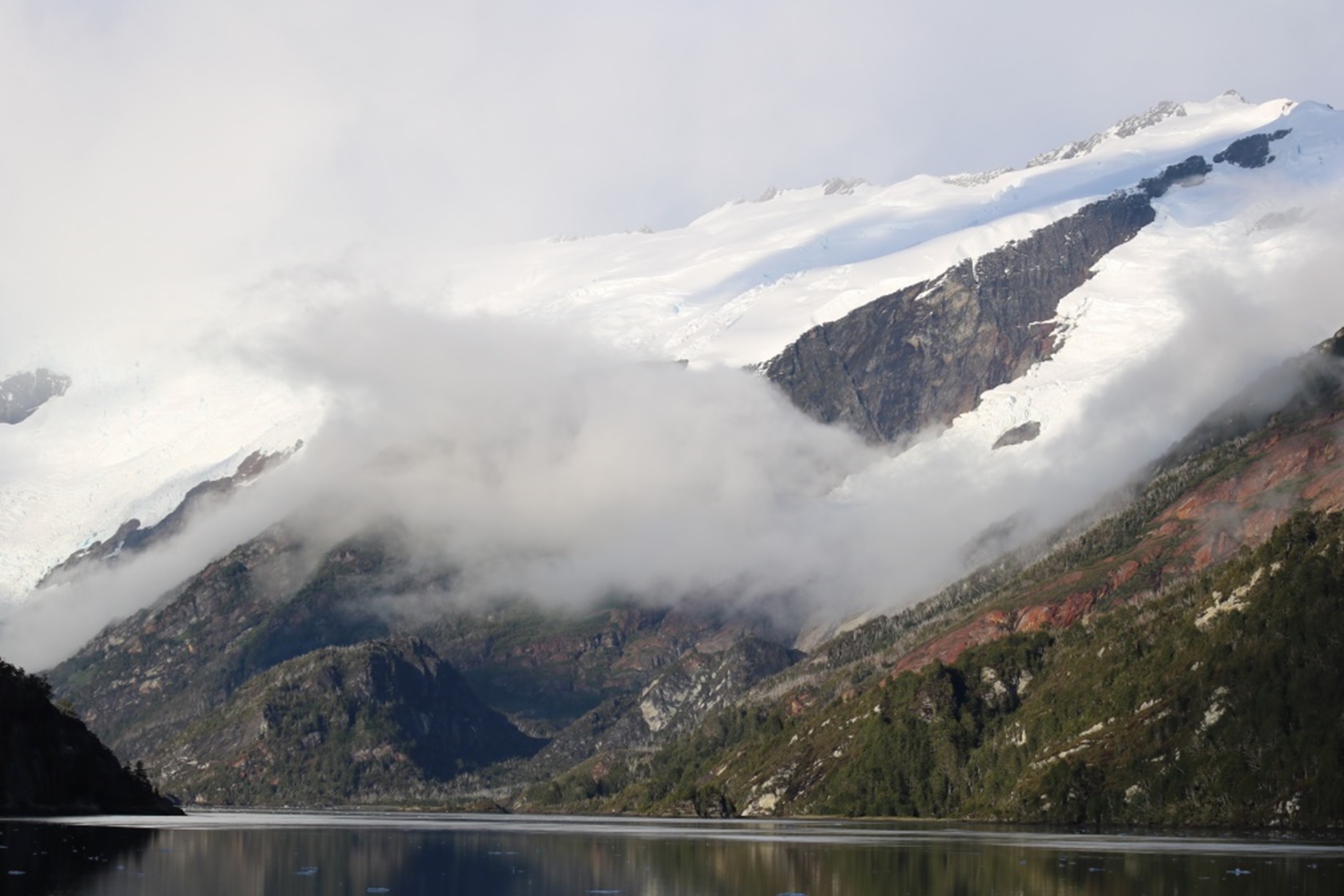 Entrance to Auer bay, on the left the Lönnrot glacier and on the right the hanging Kivi glacier / © Francisco Martínez. 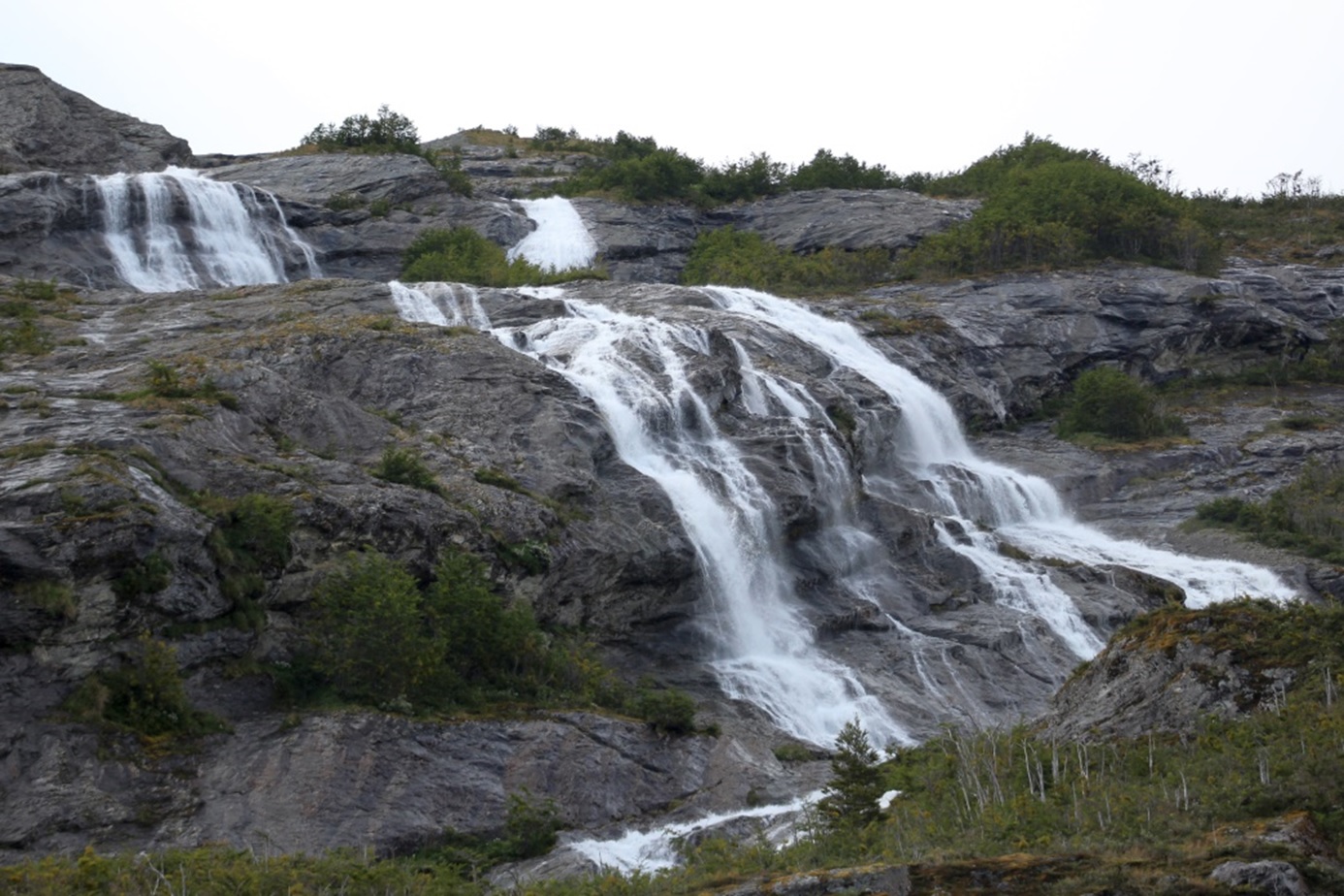 Kivi glacier waterfall, which Auer points to in his description / © Francisco Martínez. 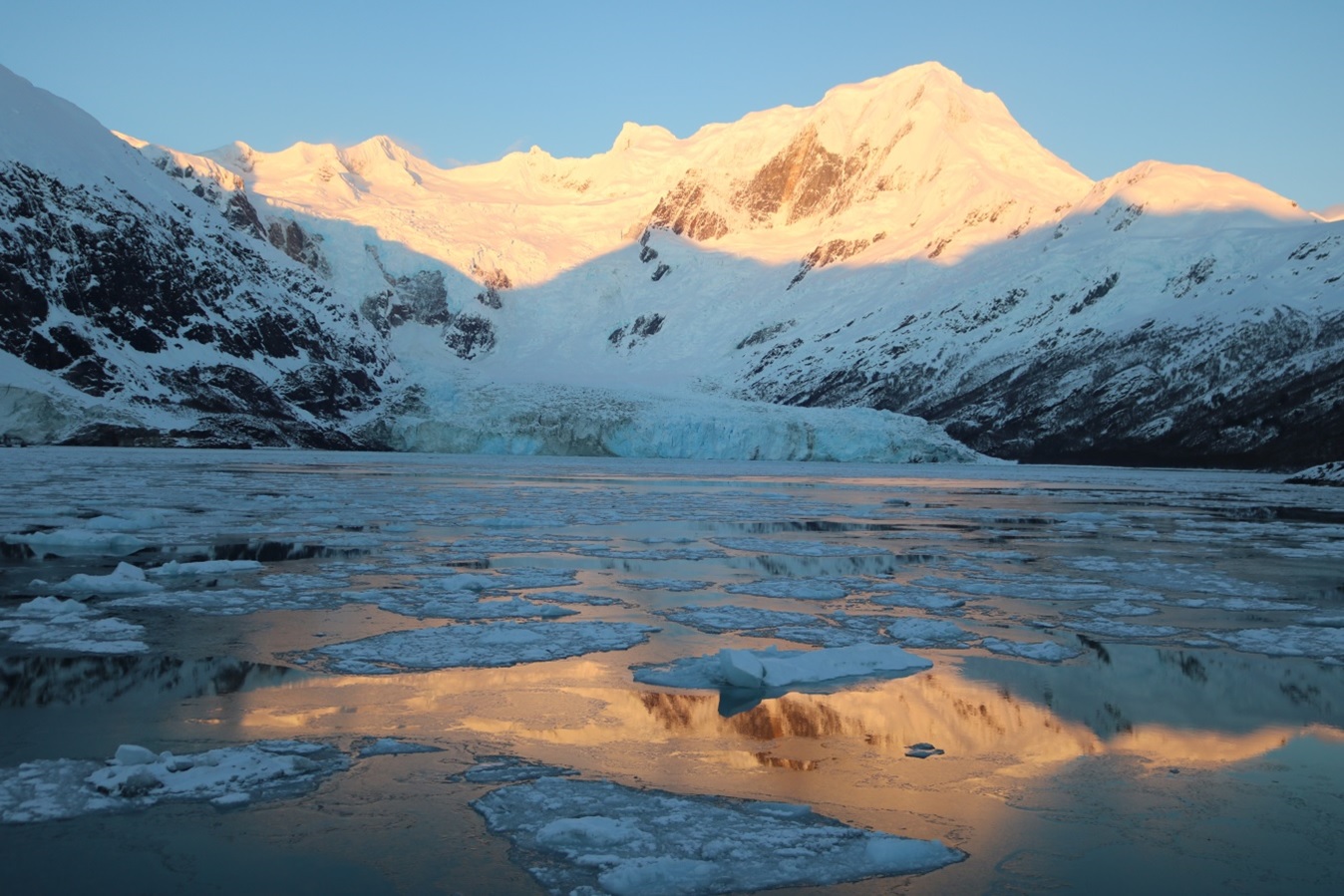 To the north, near the Snellman glacier, he names the mountain range as “Nylandia”, which is a region in the province of Southern Finland, Auer says when climbing one of the hills, “the third attempt was successful, although it took me to evening twilight… the climb up the mountain, which I will name as my native Nyland region, had been completed successfully. 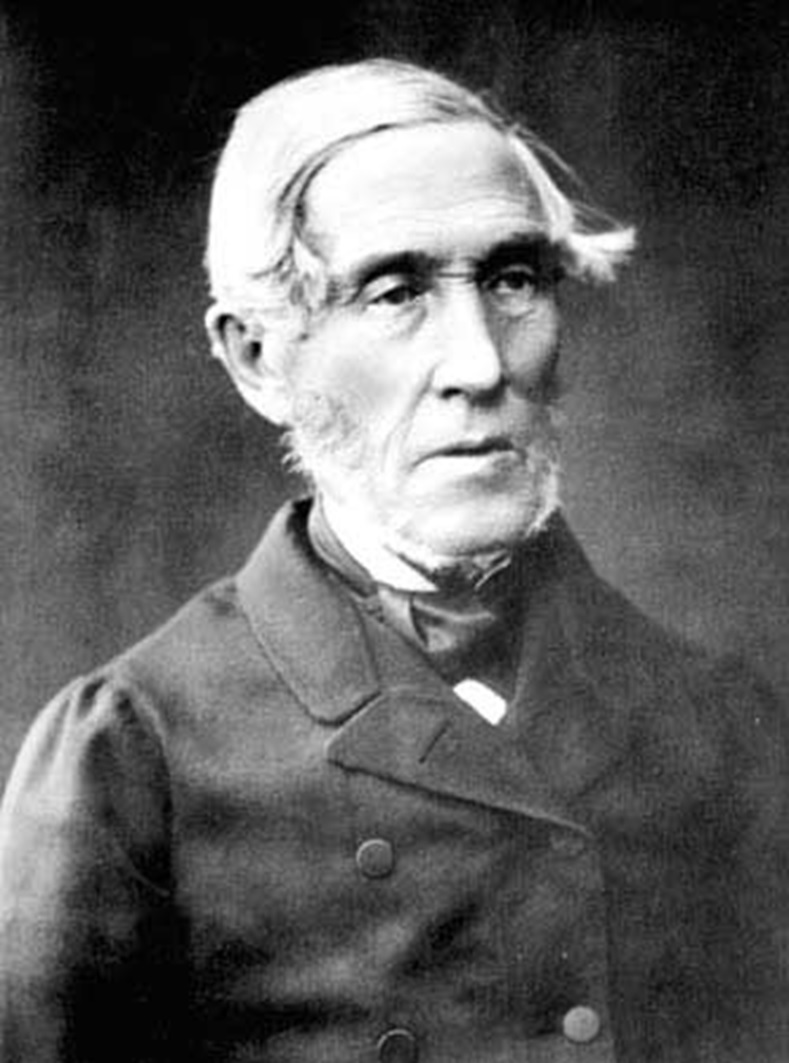 From this mountain range the beautiful Porthan glacier descends, in honor of the “father of Finnish history”, Henrik Gabriel Porthan, who wrote studies on the history of this country, on mythology, popular poetry and other humanistic sciences at an international level. He was one of the founders of the Society of Authors and the editor of the first Finnish newspaper. 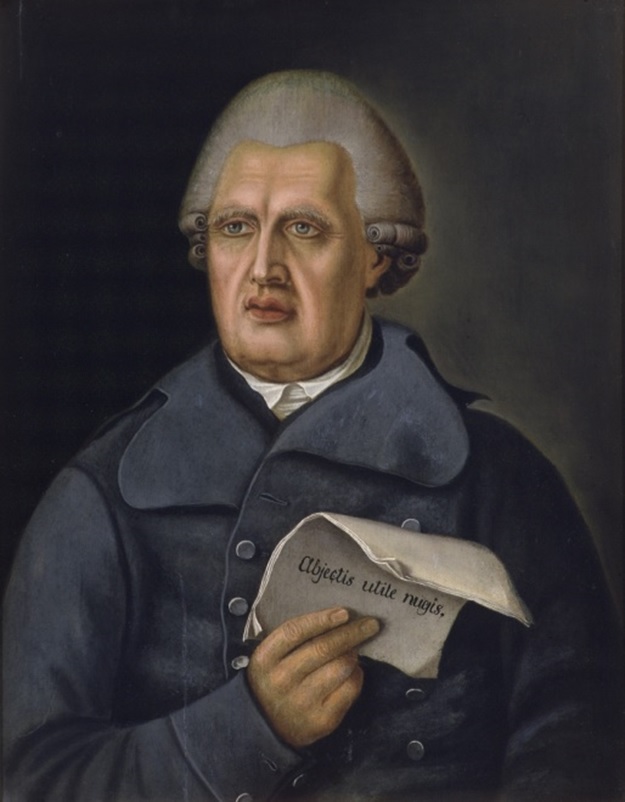 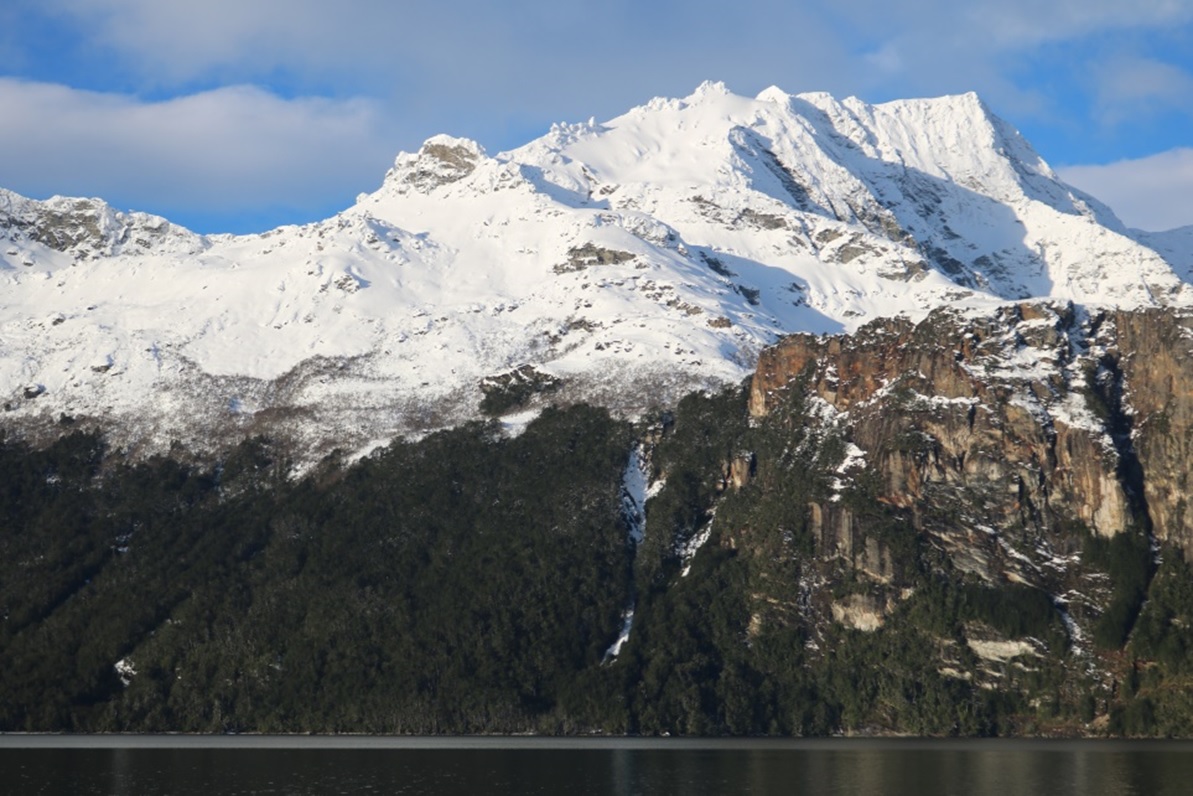 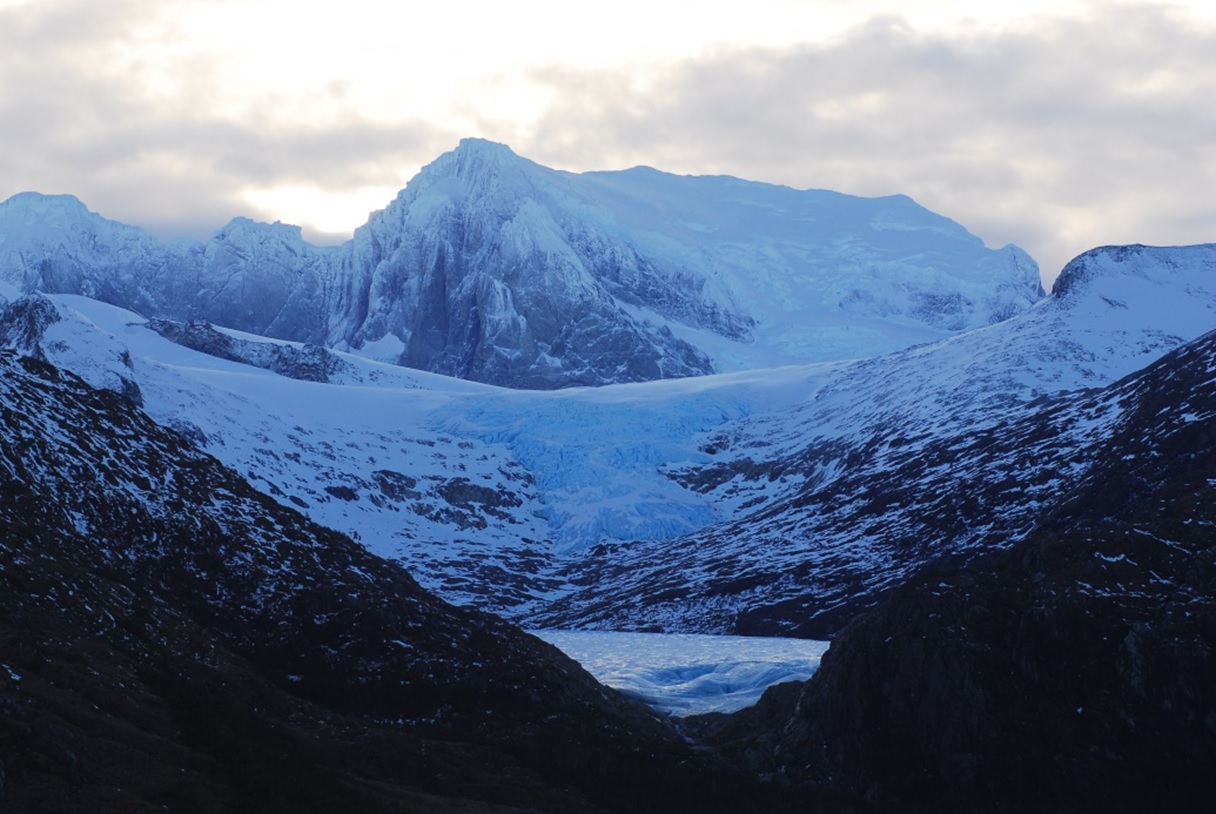 Before leaving the Brookes Fjord, the expedition visits an arm of the fjord located to the west, also new and unknown, which is called next to the background glacier as Relander, in honor of the head of government Lauri Kristian Relander, second president of the Republic of Finland (1925-1931) and doctor of philosophy. 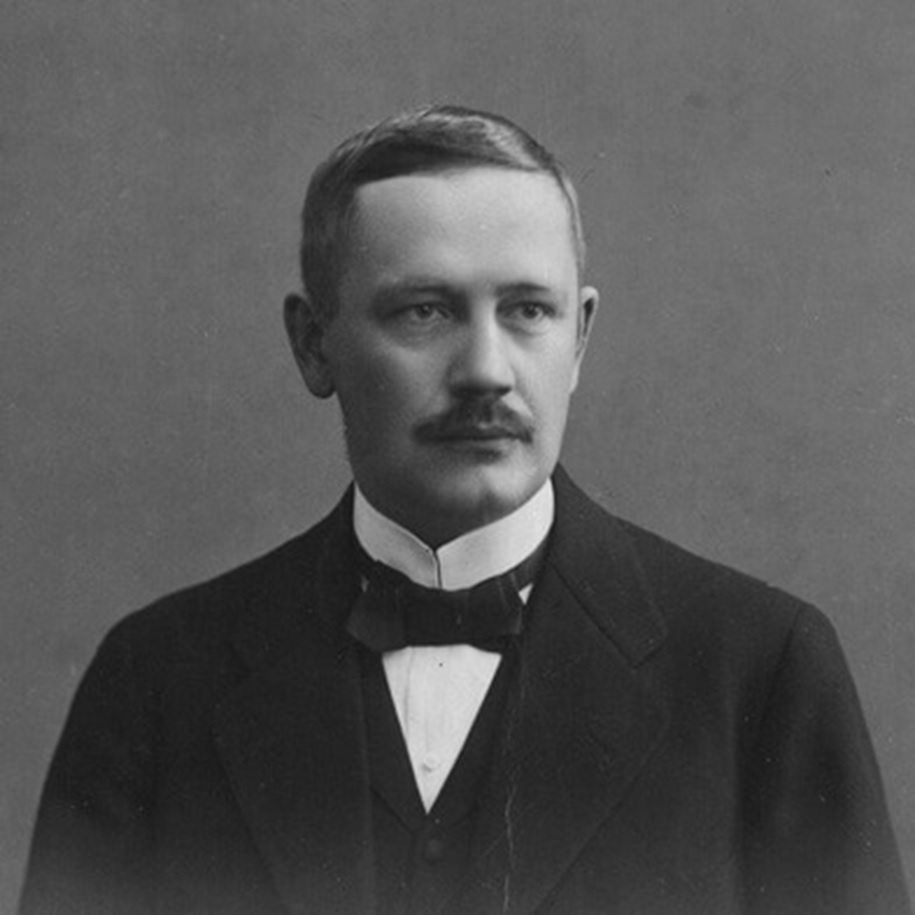 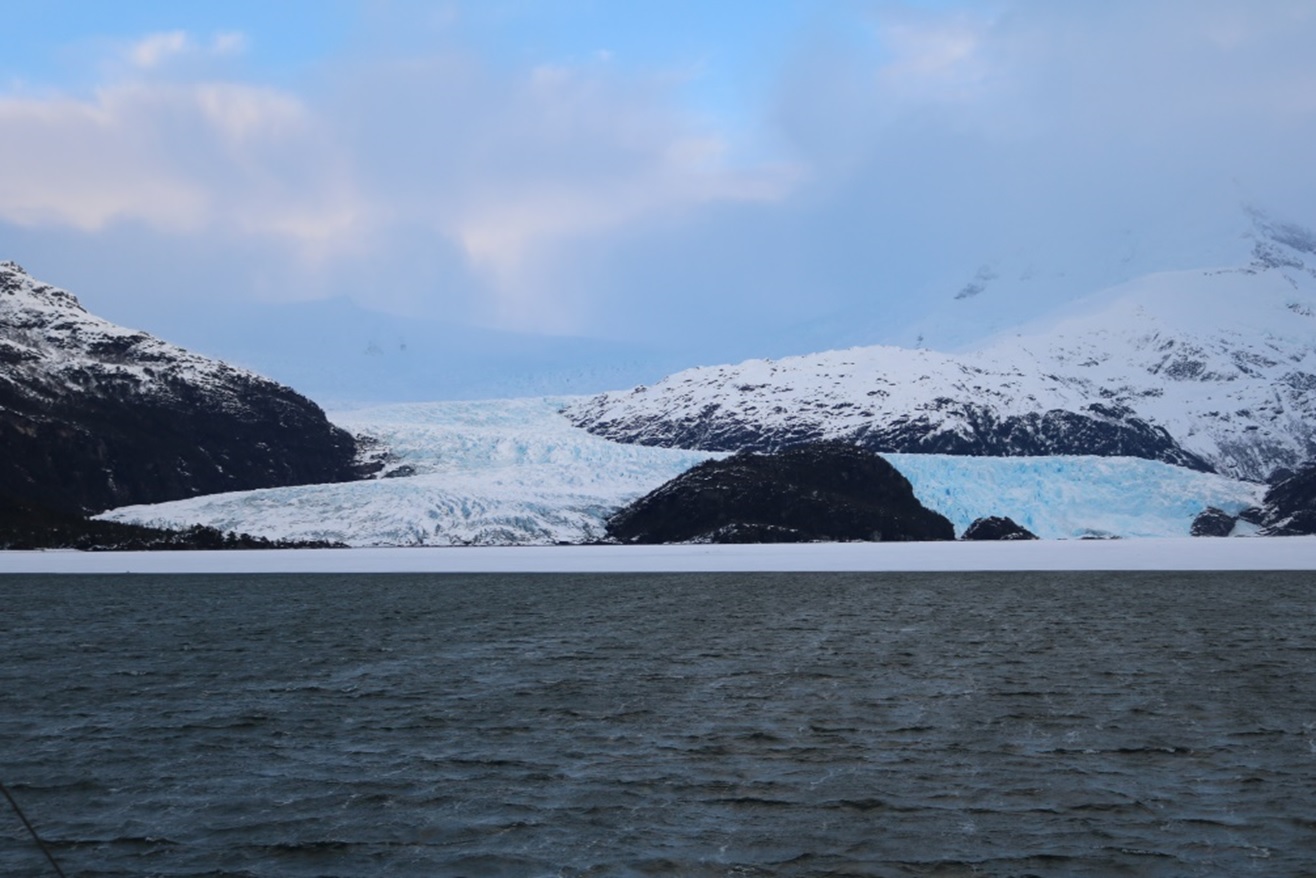 Relander Glacier, August 2019. About 200 meters from reaching the glacier you can see the bottom of the frozen fjord / © Francisco Martínez.

Väinö Auer, a very prominent geologist and geographer from Finland, known for various milestones after his expeditions, but one of the most relevant was undoubtedly his passage through Patagonia and the Brookes Fjord, his study of the southern peatlands, his vision Ahead of the times he lived, his exploration through pristine settings, with which he rescued part of Chile’s nature and forged an impressive scientific legacy on which he reminds us to observe the state of the territories and the native history of the first Fuegian inhabitants. Väinö Auer, generated a substantial contribution to the areas of botany, geology and geography of Patagonia. Currently, its photographic heritage reaches more than a thousand images. 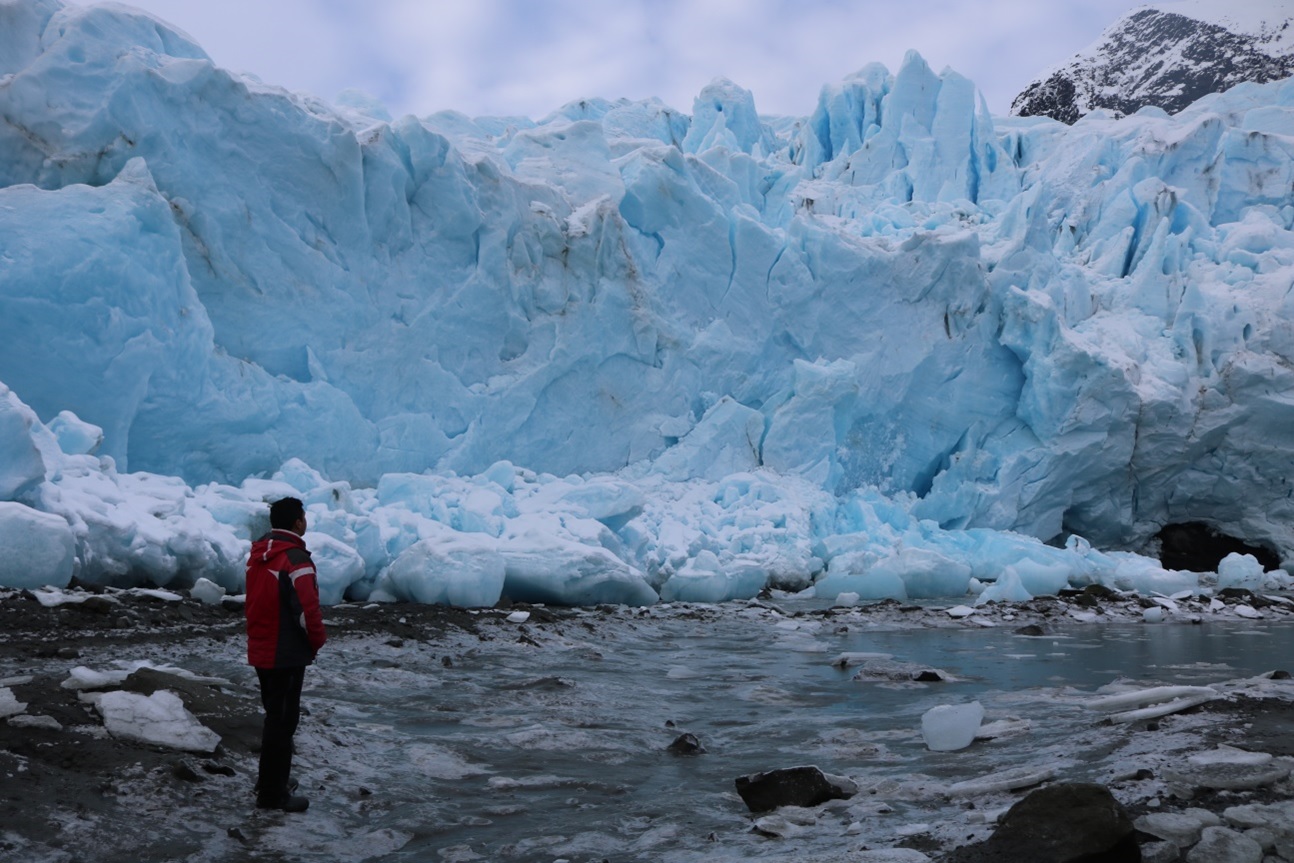