The accelerating melting of West Antarctica 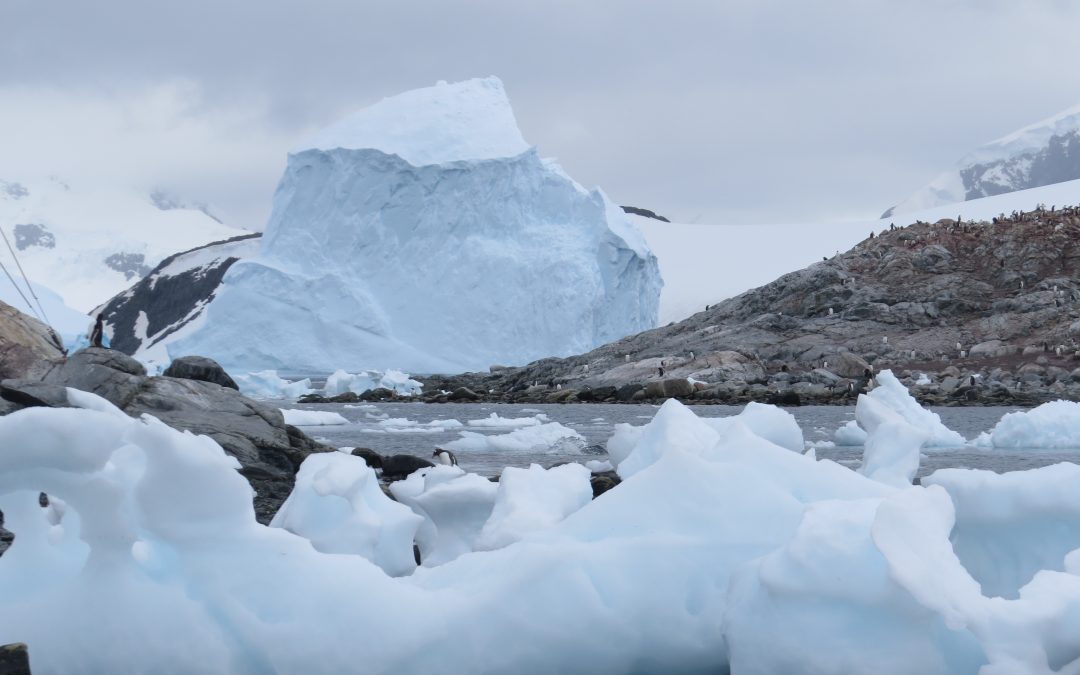 Climate change is a fact, it is here to stay and with it all the consequences that it brings. The ecosystems most affected by these constant increases in temperatures have been the large frozen water reserves, the most transcendental and of great scientific interest is Antarctica; White continent covered in 98% ice, with a thickness that exceeds 4000 meters in some places. 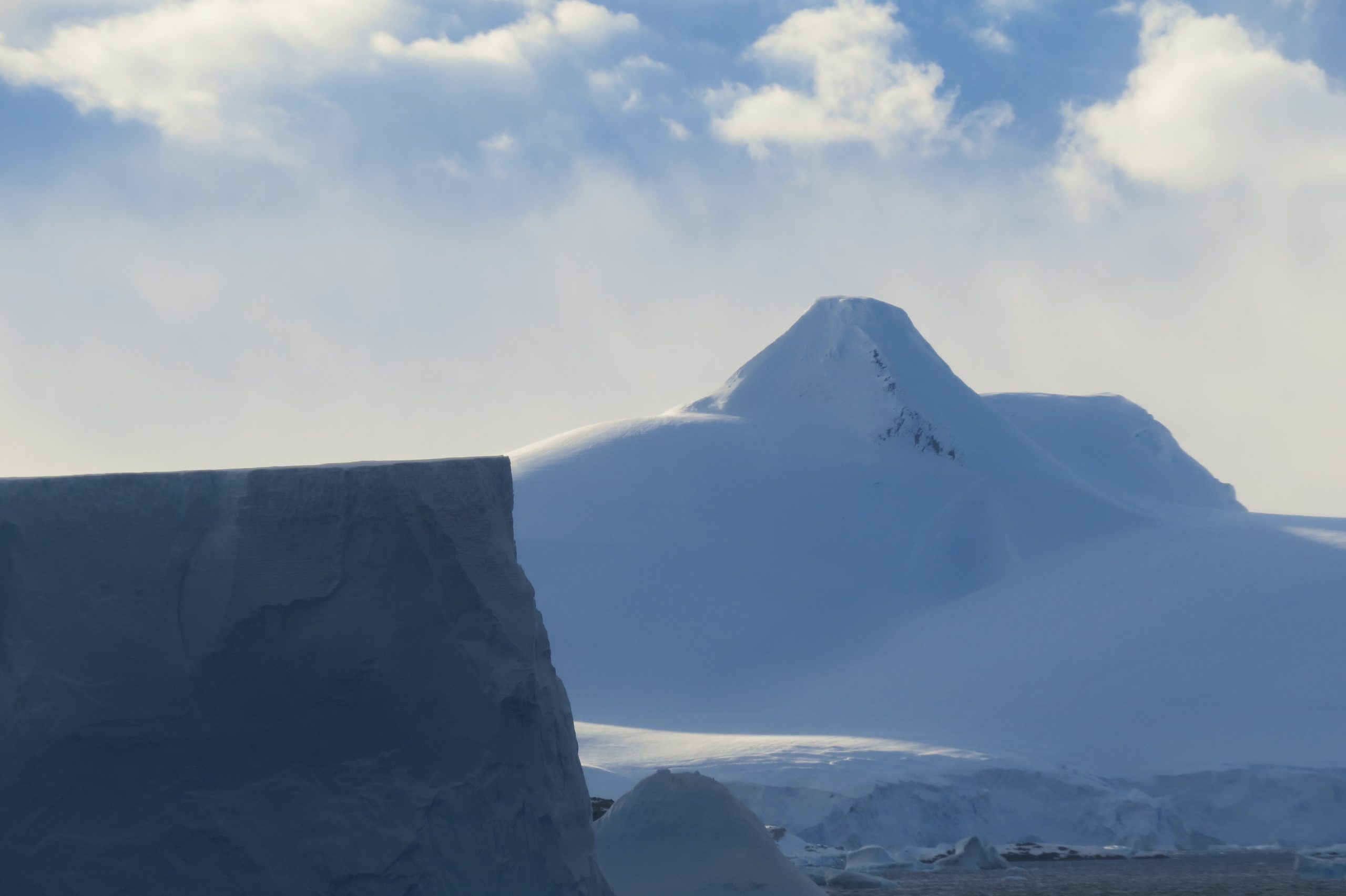 A group of scientists led by Pedro Llanillo and Raúl Cordero from the @AntarcticaCL research group belonging to the University of Santiago, managed to detect the primary mechanism that is affecting Antarctica, in the same way in the Chilean Antarctic Territory.

They noticed the intrusion of warm waters, after measurements carried out in the summers of 2016 and 2017 in Fildes Bay (King George Island). These waters coming from the Antarctic Circumpolar Current, a cold marine current that flows freely from west to east around Antarctica, follow the same direction of the Earth’s rotational movement. This occurs because this current does not find any continent in its entire trajectory that interferes with its circulation. 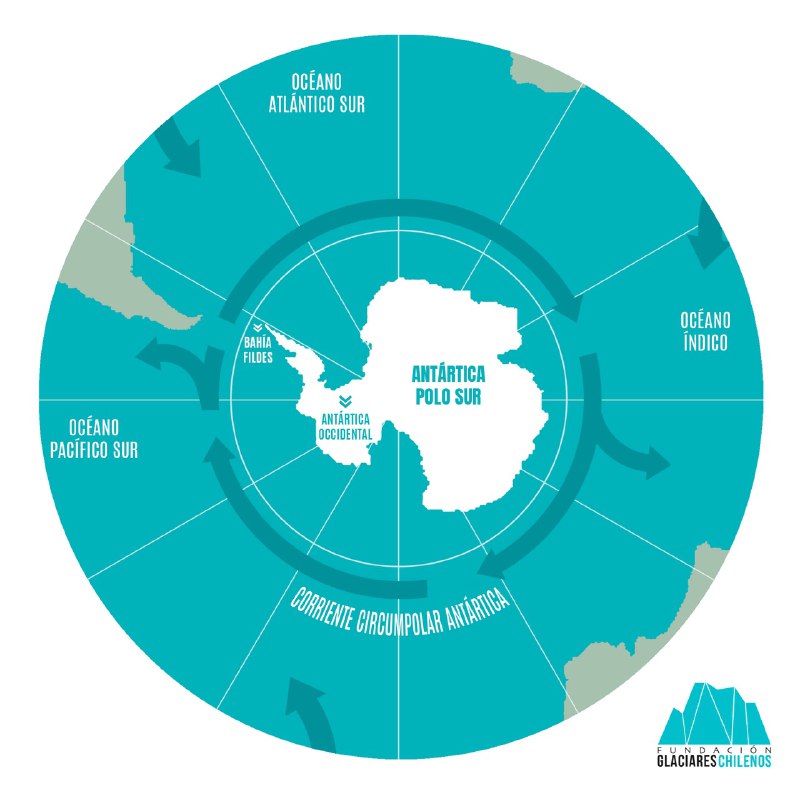 The rise to the surface of warm waters is the main mechanism that explains the melting of coastal glaciers, floating ice shelves in West Antarctica and the Antarctic Peninsula, although it has also been reported in other parts of West Antarctica, it had not been detected the entry of this current to the investigated area. Until now.

According to Cordero, “this type of intrusion of warm water into the bay has been increasing throughout West Antarctica“, this fact has consequences. However, some branches of the current separate and flow south, mixing with the coastal waters of Antarctica that are colder, less saline and better oxygenated.

The research works showed that there is an entry and combination of warm waters in the subsurface of the bay under study. The warm waters detected come from the Antarctic Circumpolar Current (ACC), which was explained above. On the other hand, there are diversions of the current, which divide and circulate in a southerly direction where they mix with the coastal waters of Antarctica, these have a lower temperature and show a decrease in salinity, although they have a greater presence of oxygen.

Related to this behavior of the waters the expert Pedro Lanillo explains the following, “The intrusion of warm waters in subsurface is a phenomenon that is happening in several coastal regions of Antarctica, this contributes to accelerate the disintegration of the floating ice shelves and to the retreat of the Antarctic tidal glaciers “. Therefore, what has happened in the last time would explain that the accelerated melting of the white continent leads to an increase in the winds around Antarctica, this brings with it warm waters to emerge towards the surface, melting the ice present in the ocean and coasts. This phenomenon causes surface ice to melt in fractions of days, including large floating ice.

These warm waters can alter the stability of the glaciers present in Fildes Bay, for example, causing a rise in sea level, where the most affected territories would be the tropics, experts emphasize. Also some coastal areas of our country. 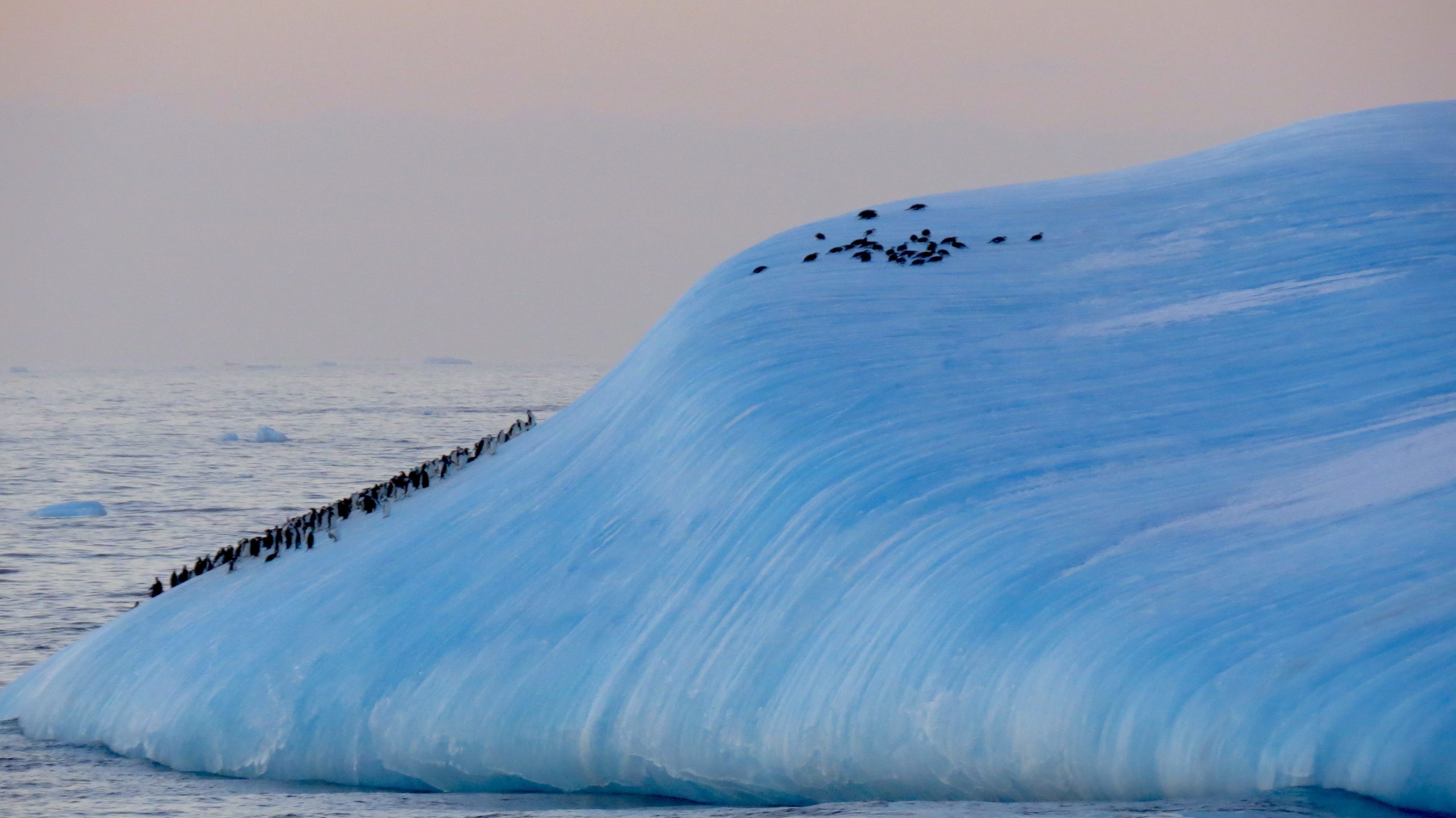 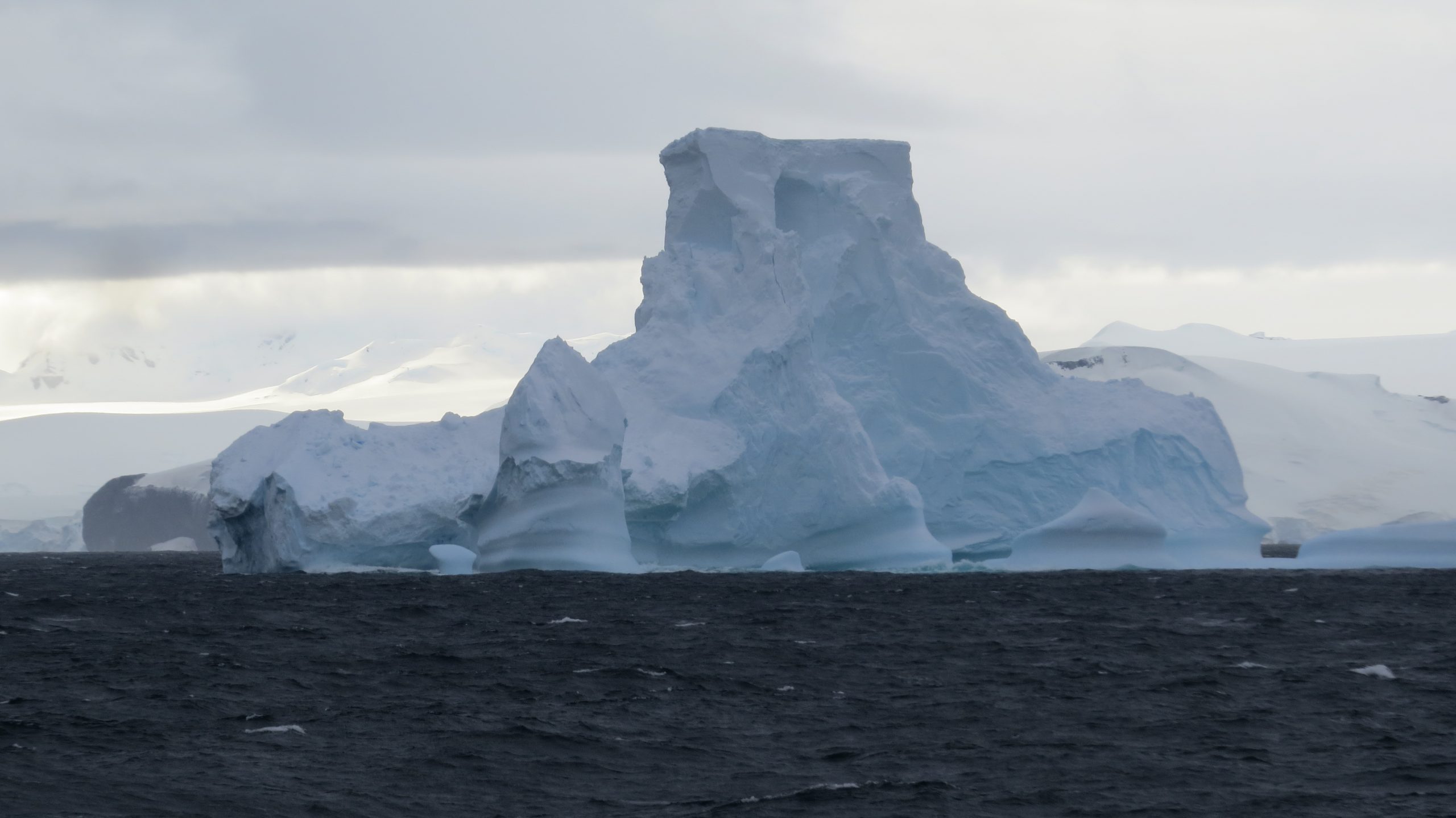 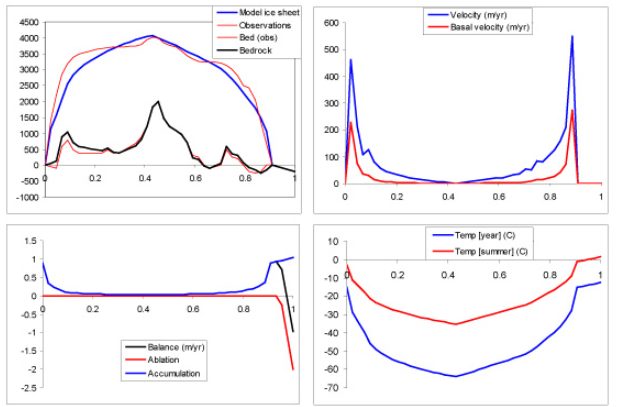 Simulation linear flow in the behavior of Antarctica.

In conclusion and extrapolating the information obtained from the study by the scientists of the University of Santiago and the mathematical model of Pattyn, they agree that the sustained increase in temperature will be the determinant that will continue to deteriorate all the ecosystems that for millions of years were frozen, the it will probably disappear forever, the point of no return seems to be getting closer and closer, and the most tangible way to appreciate it is in the melting of Antarctic ice and glaciers of all kinds. The summary of everything exposed in this article is called climate change.

To see: the dynamics of the Antarctic ice sheets, their behavior, temperature, speed and mass balance, as the years go by according to the described mathematical model, they can be accessed for free at the link. It is also possible to simulate the ice sheet in Greenland where the situation is less hopeful.

CIGA-FGC Agreement: This article was published under the collaboration agreement between the GAIA Antarctic Research Center of the University of Magallanes and the Fundación Glaciares Chilenos.